Comic book fans, rejoice! While the NYC storefront comic book scene has lost some key outposts over the last few years, a new spot just set up shop in Brooklyn. Mama Says Comics Rock, a venture from two home grown comic book devotees opened in March, and it’s ready to serve the comic book needs of fans of the form both beginner and hard core. 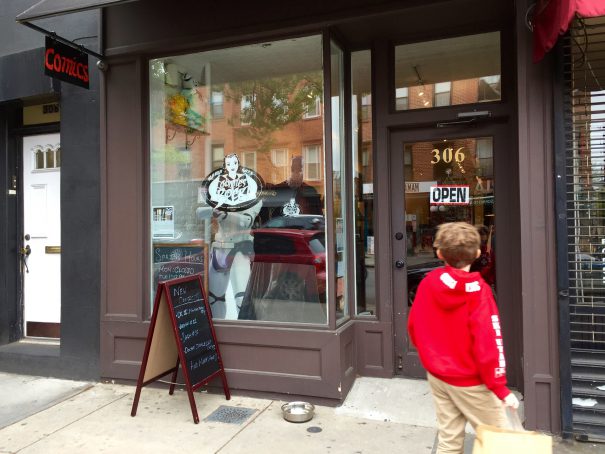 Mama Says What?
Why the name? Co-owners Davey Kourtesis and Cade Schreger, both Brownstone Brooklyn natives (Kourtesis grew up in Cobble Hill, Schreger in Brooklyn Heights) see the name as a  fun shout out to L.L. Cool J. Both men are longtime comic book readers and hobbyists, and were serious enough about the the idea of opening a comic book store that they’d been keeping an eye out for appropriate retail spaces in the area of their old stomping grounds. A Carroll Gardens storefront opened up and Mama Says Comics Rock found its home. 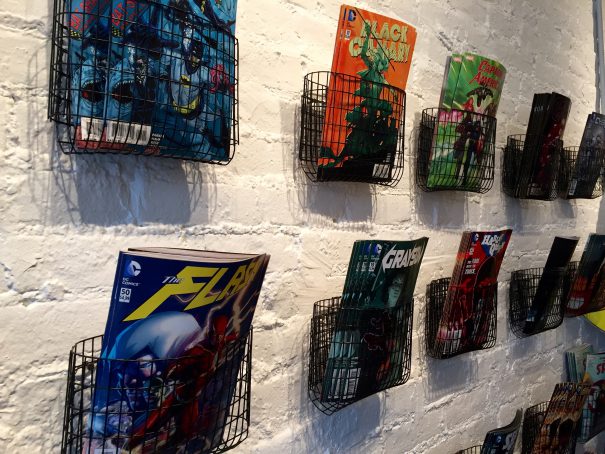 Mama Has What
You’ll find brick walls painted a clean white, nice dark wood floors and a selection of comic books, graphic novels and merch displayed cleanly (i.e. it’s not your father’s — or your — comic book store, with volumes piled high to the ceiling and every inch of space stuffed to the max). In-demand comics are displayed in baskets mounted on the wall to the left; high-profile books and related products can be found on tables in the center of the store; a nice wooden bench provides a spot to peruse the merchandise.

Kourtesis and Schreger promise a little bit of everything when it comes to inventory. Customers will find the top 50 new and ongoing comics series in the store, as well as independent and local comics and publications. Of course, subscriptions/pull lists are available for readers who need to know the latest issue of their favorite series is reserved and waiting for them. 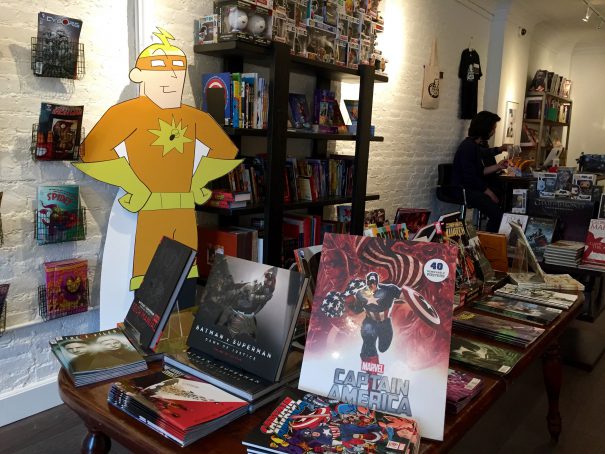 For the Kids
While not every comic book series is appropriate for the tiniest of readers, many are and have plenty of junior fans. Mama Says Comic Rock stocks many titles popular with younger readers, including Amulet, Bone, Lumberjanes and The Simpsons, as well as older titles that still entertain, such as Calvin & Hobbes and Tin Tin. 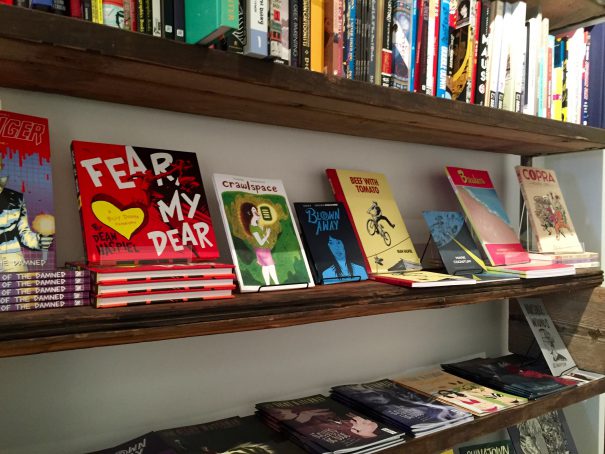 More Than Just Comics
In addition to selling comics of all kinds, the shop also plans to host events such as signings and readings, art openings (an artist friend’s colorful work adorns the back wall now), and even movie screenings. (Anticipate a Marvel film fest leading up to the release of Captain America: Civil War.) There’s also been some interest in drawing classes, so those may be offered soon. Keep an eye on the store’s events page and Facebook feed for the latest updates. (Psst! May 7 is National Free Comic Book Day, and the store is participating!)

Does your family love comic books? What series is a must-read in your household? Tell us in the comments!