If there is a hardcore LEGO lover in the house, you’ve no doubt called one of the incredible LEGO stores in the city and inquired about hosting a birthday bash for your brick clicker. And like many hopeful parents you learned they don’t happen. But no more! — at least for a while. The LEGO locale in the Flatiron District is holding celebrations for a limited time, and we got the scoop on how you can throw a brick-tastic bash for your little builder. 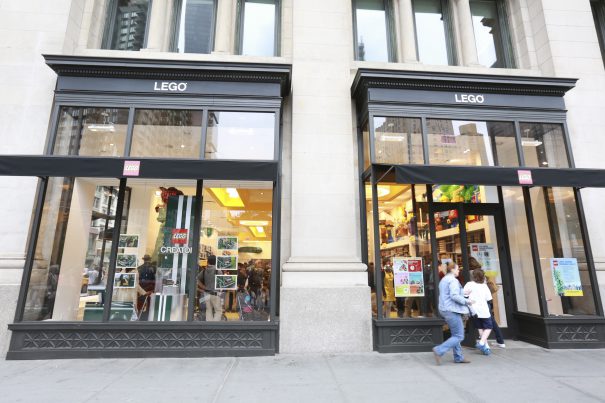 Party in the Brick House
Yes, there are several places to play with LEGOs in the city, and of course you can whip up a LEGO-themed party on your own. But historically, for an official LEGO celebration, you had to go to Westchester.

The Flatiron District LEGO store — opened in 2014 and the newest spot for the brand in the city — is not only fairly centrally located, it’s also a great place for an NYC kid’s party.

The store is a love letter to New York and the Flatiron District in the form of  3-D LEGO creations that range from murals showing the history of the neighborhood and a towering model of the arm of the statue of liberty (complete with visitors at the top) to depictions of NYC landmarks and sights like the Chrysler Building, the subway, the Guggenheim and taxis. And of course, the store features a massive Pick-a-Brick Wall and assorted play areas. (Read our full writeup of the store here.) 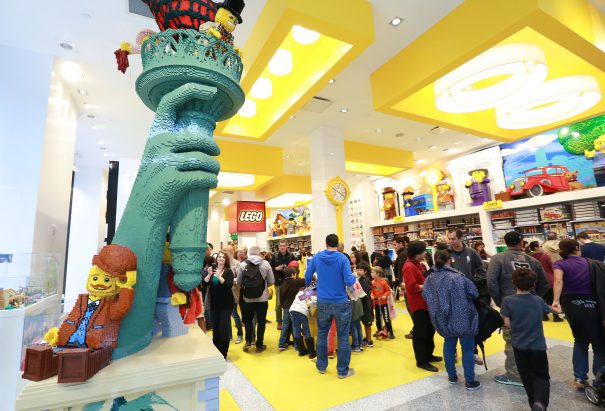 Brick Birthday Bashes: An Overview
Parties are 90 minutes long, and take place in the relatively small but ample party space attached to the main retail area of the store. (Its size no doubt accounts for the limited number of partygoers, which tops out at 10.)

The rough schedule for a LEGO birthday party is as follows: free build time as guests arrive, LEGO birthday cake build, a quick story, featured build followed by games. Then, it’s time for cake or some other birthday treat. 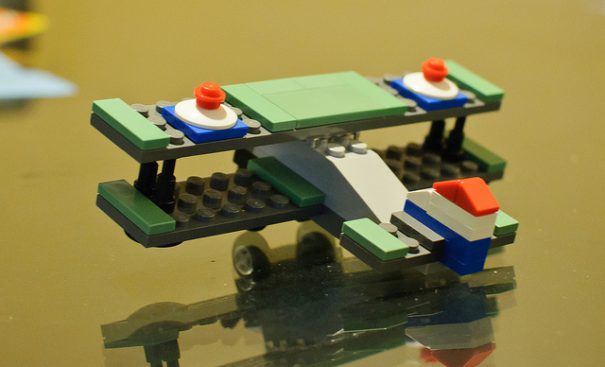 Get Building, and Gaming, and Eating!
The main event at a LEGO party is a character build, with the birthday boy or girl selecting the creation of the day. (The party we attended featured a bug build, as well as a build of a mini birthday cake, the latter of which is included in every party’s schedule. One note: parties do not include builds featuring licensed properties such as Star Wars.)

Each guest gets a turn at the famous Pick-a-Brick wall to fill up a box with LEGOS and additional elements for the party’s project — which they get to take home.

Kids also play group games and have friendly competitions that range from simple to clever, and the result is a fun and festive atmosphere. (We saw some kids taking a crack at them and fun was had by all.)

Additional bells and whistles you can’t get anywhere else include official invites and thank you notes featuring LEGO characters, a custom T-shirt for the birthday child and keepsake photo of the day in a frame. 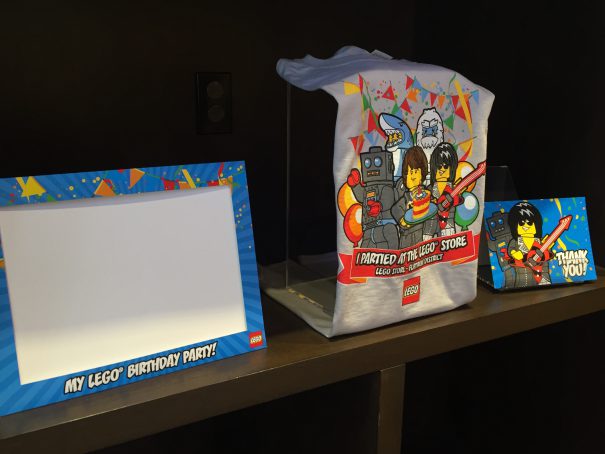 The LEGO Details
You can’t bring in pizza or meals here, but a sweet treat at the end such as cake or cookies, is welcome. Bookings require a $100 non-refundable deposit, and parties are $40 per child, with a maximum of 10 children.

Act now! Parties are being offered for a limited time only, on Saturdays and Sundays through October 30.

What’s your favorite place to hold a birthday party in NYC? Tell us in the comments below!