There’s just something about an old-fashioned photo booth. Despite it feeling a little archaic in the age of the cell phone, it’s hard to pass on the opportunity to step behind the velvet curtain to snap a few fun-filled photos. Nowadays, believe it or not, there are still some traditional photo booths in New York — and a select few still use film. (What?!) For an alternative to the formal family portrait, cram into one of these little photo booth “studios” and let the magic happen! Want more? Head to NYC’s family-friendly arcades! Looking for some old-school New York fun? Try these “Vanishing New York” spots! 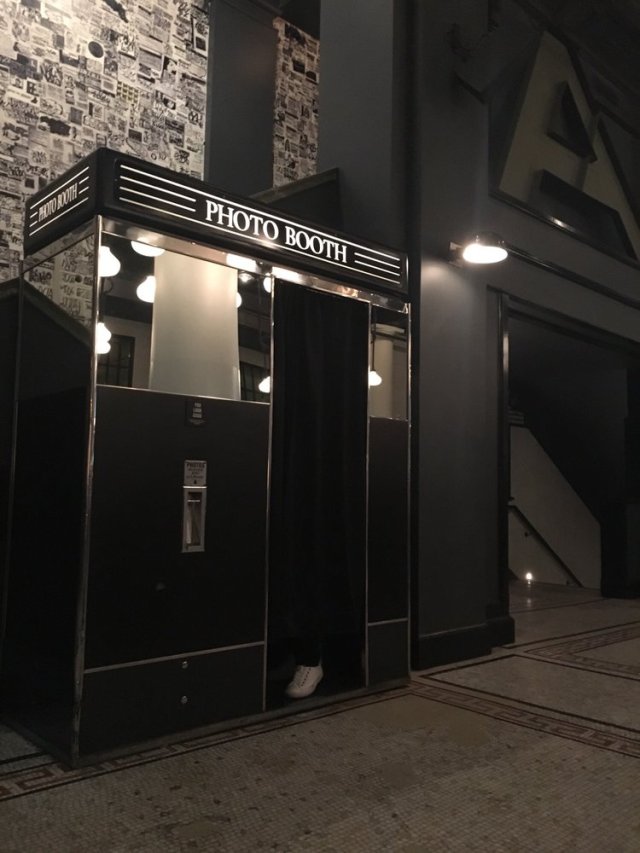 The Ace Hotel is an NYC gem any time of the day. Grab a meal, a quick coffee (they serve Stumptown), or enjoy its free lobby wifi to get some work done, all while your kids enjoy the legendary photo booth. Located in the Flatiron District, this spot is also fun to go grab drinks and dinner without the kids as well! 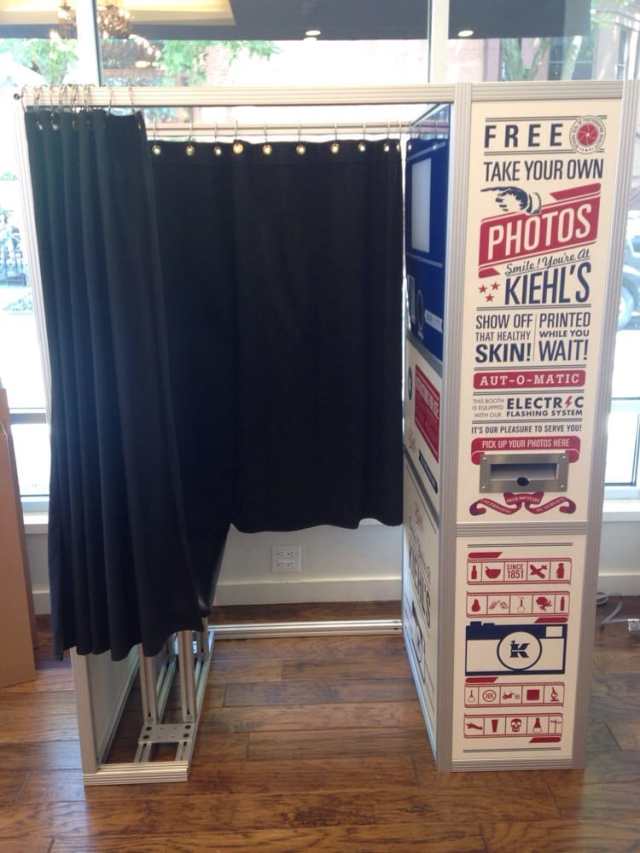 The folks at Kiehl's want you to capture how radiant their products make your skin look right in store. The Kiehl’s locations in Manhattan's Meatpacking District and Brooklyn Heights have a full photo booth ready to capture your picture perfect complexions. 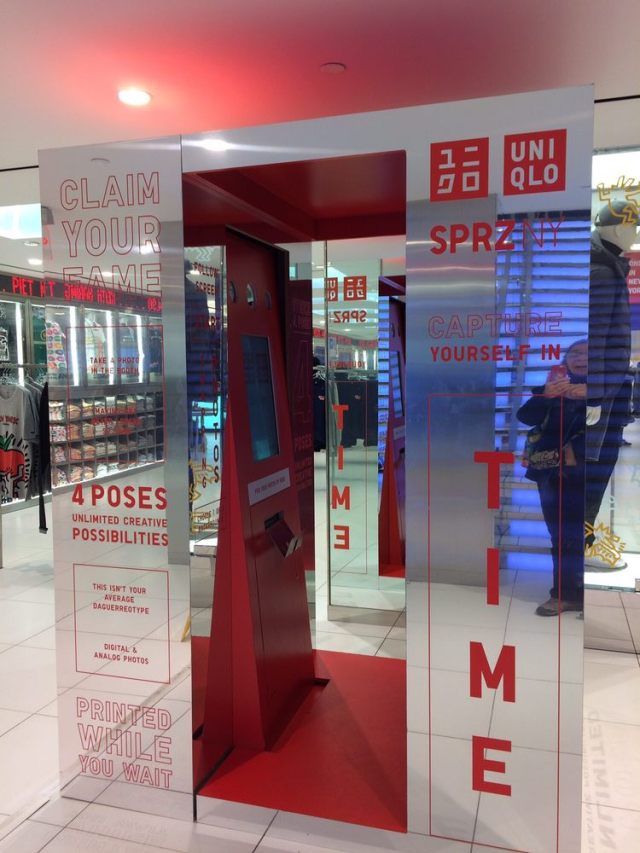 Shopping and taking pictures, sounds like a match made in heaven, especially when you have the kids with you. (It’s a good way to keep them from getting bored.) We guess that’s what UNIQLO had in mind when it installed a photo booth inside its massive 89,000-square-foot flagship store on fifth Ave.. Take note!: It’s free for a strip of four pictures. (You will no doubt “pay” for the snaps with the purchase of some of the brand’s duds.) Also good to know: there's also a Starbuck inside the store and cell phone charging stations, so you could stay a while... 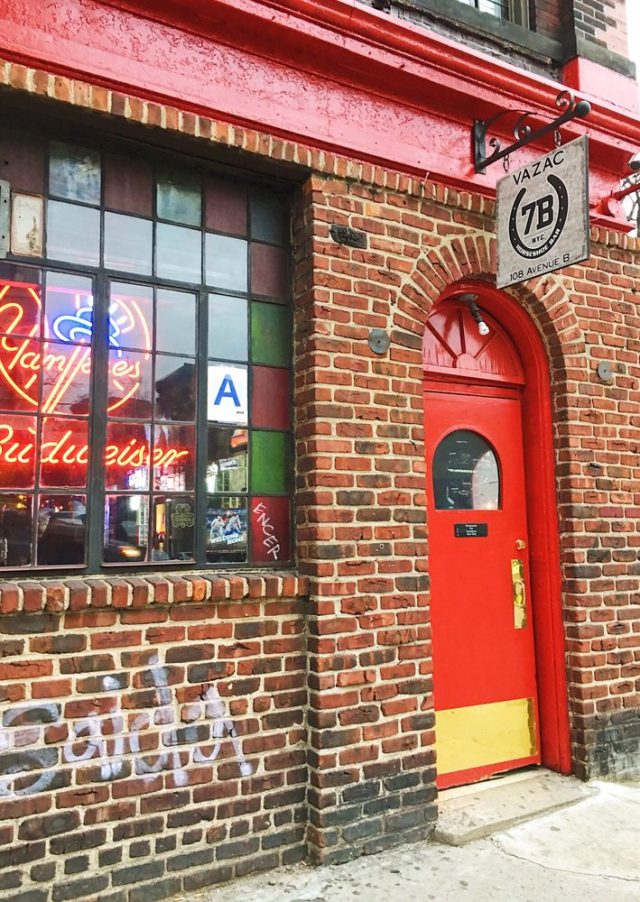 This spot goes by three names: “The Horseshoe Bar", “Vazac’s”, and “7B”. On the outside it looks like a classic Lower East Side dive bar, because, well, it is. But it's got more than that going for it on the inside. With a bar that's actually shaped like a horseshoe, major LES cred and grittiness, this place has also made cameos in major films like the The Godfather II, Crocodile Dundee, and The Verdict. Its latest star turn? In the incredible, dimension-bending Netflix series, Russian Doll. Photo booth photos $5 for two photo strips. 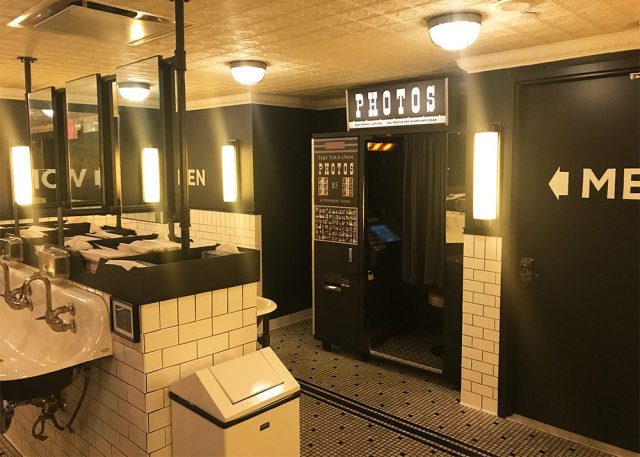 Getting your kids ready to enjoy brunch at The Smith is as easy as “1, 2, cheese!” the restaurant's Midtown, East Village, Lincoln Square, and NoMad locations all have photo booths for you to enjoy, with some located in the basement by the restrooms, and some, like in NoMad, actually in the restroom. 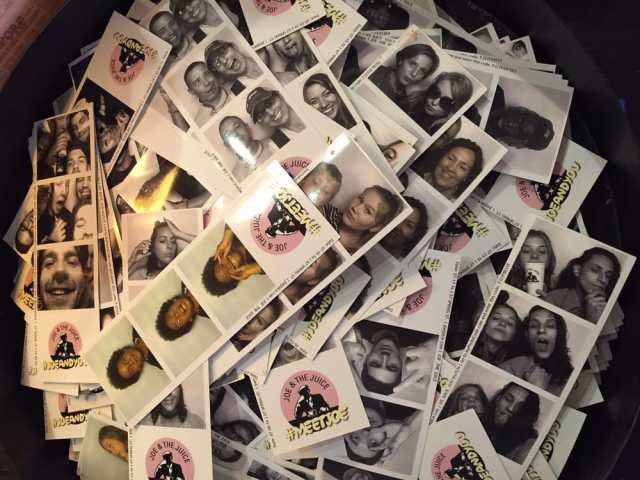 photo: Marco B. via Yelp

Is your face photo-ready thanks to kale and beet smoothies? If so, stop by Joe & The Juice to grab some healthy grub and snap a few photos in its photo booth (near the back of the shop). This is one of the more spacious juice/café spots in NYC, so feel free to bring the kids and stay a while. 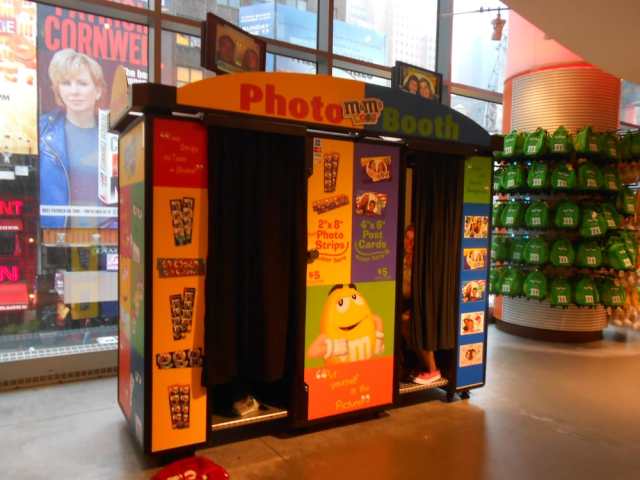 The M&M store is the ideal spot for kids to explore the magical world of chocolate and document it all with a photo booth keepsake. The three floors of M&M themed candy and gifts is sure to keep both adults and children occupied, but after you’ve got your chocolate fix be sure to head to the photo booth on the 2nd floor and take home some snaps to remember the outing! 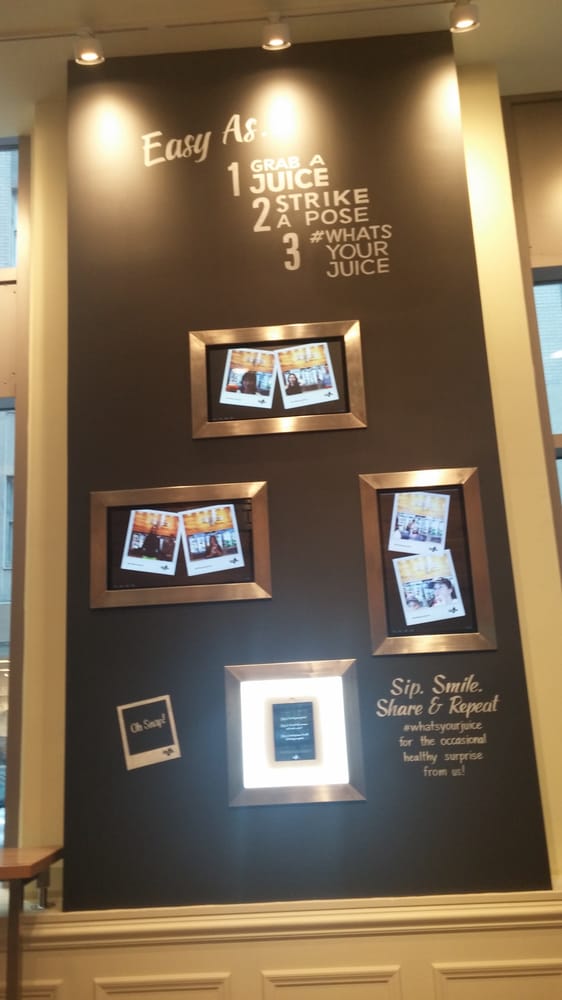 Yes, another juice joint! While not exactly a photobooth (pics are uploaded to Juice Generation's social media accounts) this one is easier on the environment. Head over to Juice Generation’s Financial District location for a tasty smoothie, an Acai bowl, or even a baked good (don’t worry, even those are healthy here). Hop in the 21st century both to share the health! 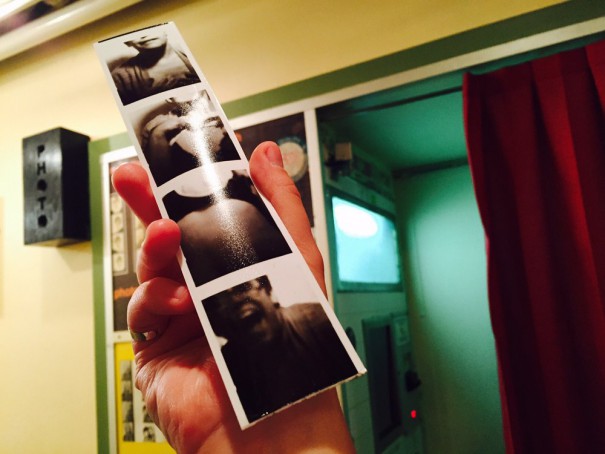 Breakfast, lunch, dinner and pies! Oh my! More than two decades ago Bubby's started off by baking pies, and now it’s a full-fledged restaurant with a couple of locations around the city. (Note: they serve some of the best pancakes in the city.) But head to the one on Hudson Street for a little bit of top model action to take some pics. Four black and white photos, $5.

Out n About: Free & Fun Events for Kids and Families This Month