These late-winter early-spring weekends can be tough: often, it’s often not exactly playground weather, and while movie day and indoor playdates are fun, the whole family can get a little stir crazy come Sunday eve. Magician Max Darwin, AKA “The Amazing Max” is passing through New York to mix up those humdrum days with the most family-friendly magic show we’ve ever seen. 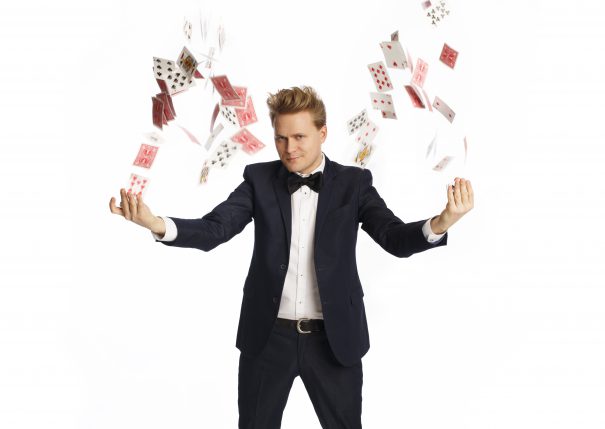 Meet Max: He’s Amazing!
Max Darwin, who, when he’s not entertaining as a magician is also an actor (you may have seen him recently in Amazon’s conman series Sneaky Pete) would seem to have performing in his blood. The child of street performers who specialized in clowning, juggling, mime and magic, he hit the stage as a wee babe, and early on became determined to be a professional magician himself. (This is a common refrain in his show, which underscores the message that kids can be whatever they want to be when they grow up, if they believe in themselves and work hard.) 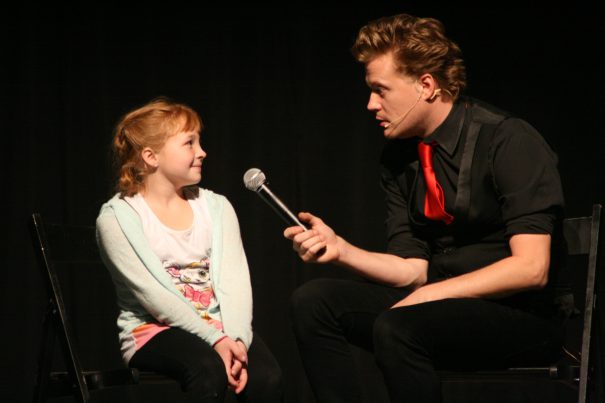 The Amazing Max: The Show
Darwin’s magic show, now in a limited run at the intimate Theater at Blessed Sacrament, is a highly entertaining mix of tricks, humor and positive messaging.

A big part of the success of the show is the participation of the kids in the audience. Darwin selects a child to assist him with virtually all of his tricks, and to his credit, is able to make them feel comfortable and at ease, no matter what their temperament — or age. (At the show we attended, he enlisted the help of a two-year-old who was so cute it almost killed us.) He’s also adept at managing the unpredictability of the kids — the ones on stage with him or in the audience — and is often very funny when doing so. 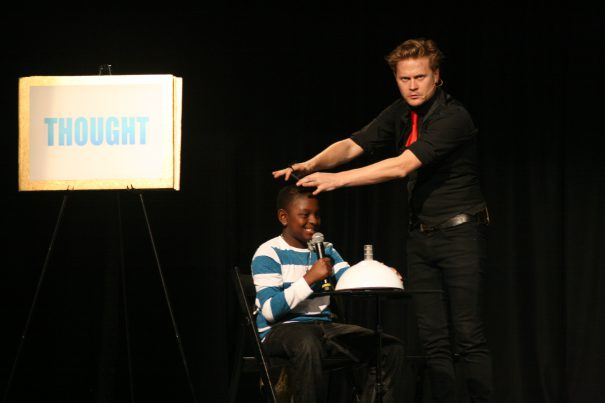 These Tricks Are For Kids
Does Max make the Statue of Liberty disappear or encase himself in a block of ice to great peril?No. His brand of magic, just right for the up-close and fun show, is well-executed classic sleight of hand informed by age-old magician secrets (that if you thought about them long enough you could probably figure out).

That’s fine: the magic is fun, and sure to amaze most kids in attendance. The children in the audience we saw ranged from two to about 10 and all seemed thoroughly entertained and engaged. (Our four-year-old was so enthralled she literally could not stay seated.) For what it’s worth, all the adults in the crowd appeared to have a great time, too. 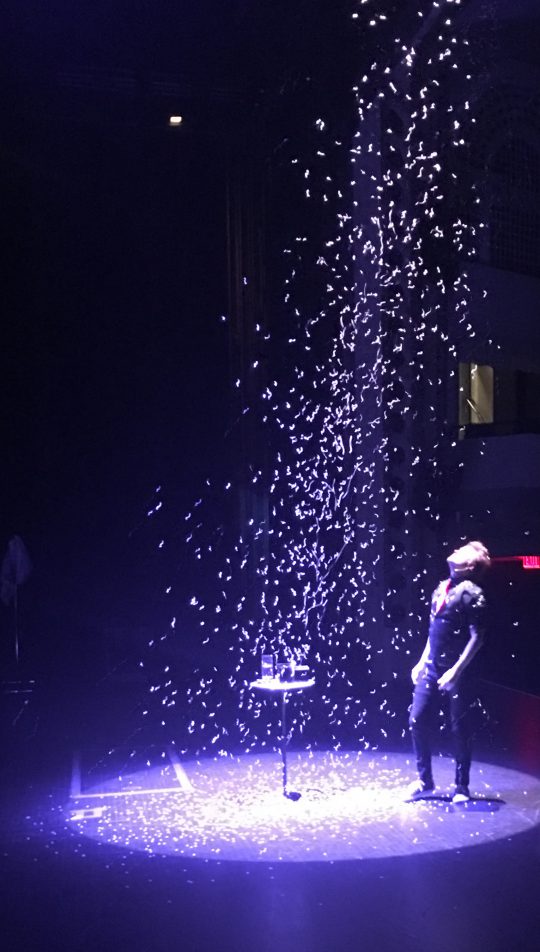 Some Especially Kid-Friendly Special Touches
As previously mentioned, Darwin weaves a consistent message of the importance believing in yourself and possibility. That’s tempered with a healthy dose of crowd-pleasing silliness in the form of self-deprecating gags, a stuffed pig named Hamlet, a giant taco costume, etc. Plus, every kid who goes up on stage gets a magic wand from the magician himself. Finally, Darwin does a meet and greet after the show, at which he signs kids’ programs, asks them what they want to be when they grow up and assures them that they’re amazing, too.

Have you seen The Amazing Max in action? Give us your review in the comments below!