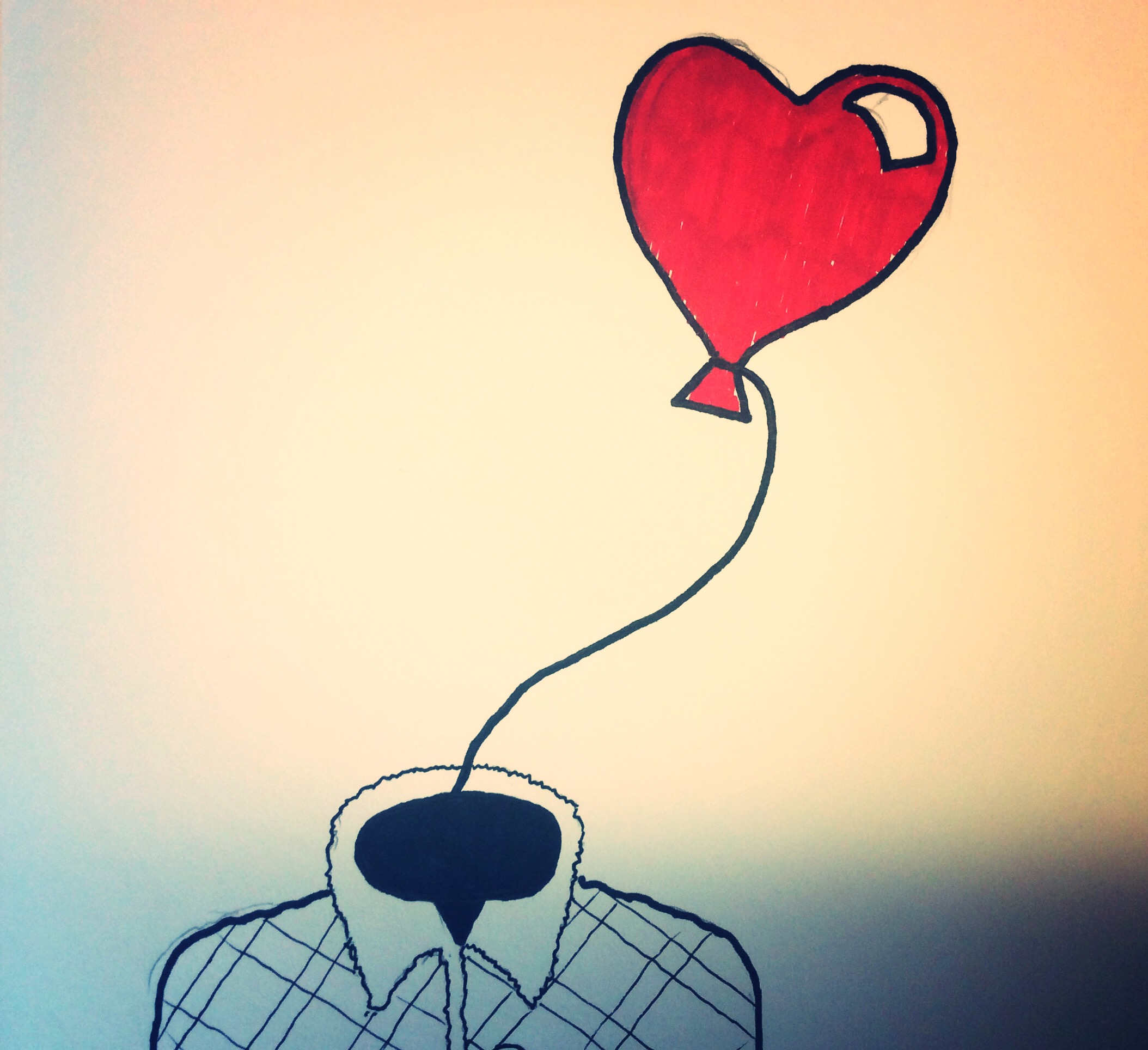 Photo: Man In The Red

Is there any greater metaphor for the frail and fleeting nature of life than that of the balloon? It provides our children with an introduction to the grim spectre of death a little too soon for my liking, the life of these bright but temporary play-things coming uncomfortably close to a snapshot of our own mortality; and with startling accuracy. At first new, exciting and full of air, they are initially cared for, enjoyed, bounced and even loved until they are eventually snuffed out unexpectedly in their prime by a sudden accident or unknown physical default; or, perhaps worse, they survive long enough to slowly deflate naturally; their colour fading and robustness diminishing as they descend to the floor, a shrivelled shadow of their former selves – not quite lifeless but of little interest anymore.

My own two year old girl, along with most of the world’s toddlers, is obsessed with any type of colourful inflatable. Balloons are, without doubt, one her current most favourite things in the world; along with bubbles (the balloon’s soapier cousin), dinosaurs, the moon and crapping in the bath.

At least once a month my daughter and I have a routine where, on a day my wife is at work, we go into town and visit her (and my) favourite museum. Her favourite because it has a large dinosaur display (see previous list of favourite things) and mine because it’s big with an open floor plan in which I can let her off the leash of the novelty backpack to tire her out. Everyone’s a winner.

After the museum and before the subsequent nap the whole escapade is designed to facilitate, I take us for a Pizza Hut buffet lunch. It’s a good option because we don’t have to wait for service, the variety of food on offer means I’m not tied to the inevitable possibility of making a menu choice she will reject, and pizza/pasta are high on both our lists of food favourites. Just for the benefit of any of you hyper-health parental types out there who would raise an eyebrow to anyone who dares introduce anything other than organic couscous into their child’s diet, can I just defend my position by saying that the Pizza Hut visit is a rare treat. But, if that’s not good enough for you, I don’t care – no one likes you anyway.

Once we have finished, before heading home and taking the nap I have so justly earned by running her senseless and filling her stomach, she runs up to the entranceway of a well known Italian/American-st‌yle diner a few doors down and points excitedly at the red/green/white balloons that decorate their advertising A-boards. Now having a half decent grasp of colours, she identifies her preferred colour of the day and once I make sure there are no staff looking our way, I grab one and we both make a run for it. I’d like to say I have to steal it, otherwise me and everyone nearby will have to suffer the sound of a full toddler meltdown, but that wouldn’t be accurate. The truth is, my daughter tends to take the word “no” with good grace; even if it does result in a minor hissy-fit, they tend to be short lived. No, the truth is, I quite enjoy these instances of petty larceny, especially when undertaken with a minute accomplice. I believe engaging in minor acts of social rebellion with our kids might be good for them in the long run. If they aren’t allowed to rebel subtly then they’ll end up rebelling massively. Then again, this is my first (and last) child, so if she ends up in jail in later life I’ll happily admit I was wrong. But again, if you are one of those hugely critical social media parents – seriously, everyone hates you. Everyone.

It was just the other day we last took part in this Daddy/daughter routine of ours. On our way home I happily watched my daughter play with her new inflatable friend as we found a seat at the end of the train carriage where I could corral her in and give her free-ish reign. All was well and happy and childishly joyous, until the inevitable POP, which also brought an elderly lady behind us close to heart failure. But worse still was that look on my daughter’s face; the look that I always dread so much during balloon play times. The face of initial shock and surprise followed by the realisation of something gone forever. Tenderly picking up the limp latex carcass and holding it out to be, my heart sank as she said, “Fix it. Daddy fix it.”

Trying to explain to a two year old that there is no coming back from balloon oblivion (in a way they will accept) is fairly impossible. All you can do, when the penny does drop and wails of remorse begin, is to hug it out until they manage to guide themselves through all five stages of baby grief. You hold on until the unyielding and crippling sense of loss passes and acceptance is eventually reached.

In my bitter experience, the grief passes after about five minutes. A little death like that may be a tragedy to an infant, but their inherent ability to bounce back means they have also the strength not to care about it for too long. Which is probably how they’ll feel about us when we become those crinkled old latex people, slowly deflating into obscurity. 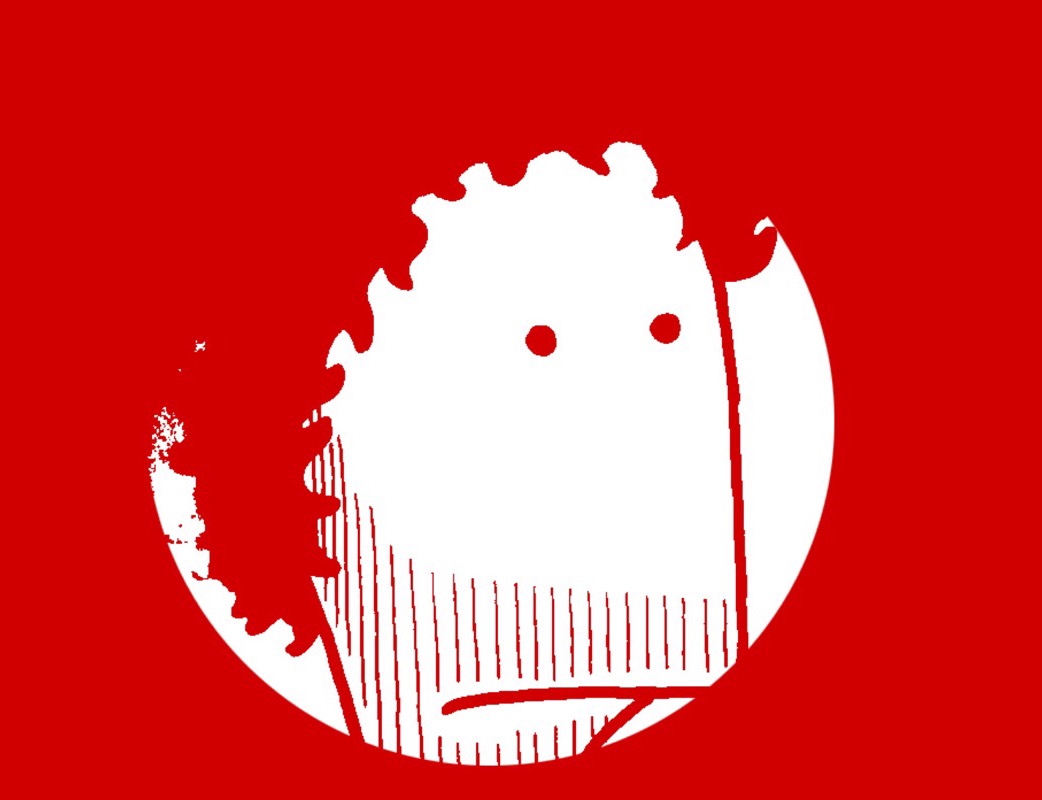 The day my daughter was born was the day I thought I would automatically turn into a grown up and have all the answers. I was wrong then and I've been wrong everyday since - as my wife often reminds me.