Who doesn’t love to eat with their hands? Our kids, for starters. Could there be a more deliciously messy food than chicken wings? Wings are an awesome kid-pleaser, so long as you don’t inadvertently get served breasts instead. Well, you won’t need to worry about being led astray at these wing joints because we’ve scoped out the most amazing family-friendly kid wing places in Portland. Read on for deets on our top picks…whether you have an aspiring foodie on your hands, or just a kid who loves wings! Just make sure to have an extra moist napkin or two handy; these places are finger-lickin’ delicious!

PokPok
What’s to Love: Two wings up for this Portland hot spot that is awesome for adventurous kiddos, but also super cool enough for parents. Even in a foodie town, this restaurant rates: its chef Andy Ricker received the James Beard Award for Best Chef Northwest. And just this month, Bon Appetit named it one of the “20 Most Important Restaurants in America.” (Take that, chain wing restaurants!) While the hot wings are just one offering on an eclectic menu, kids with taste say they are the best ones in town! 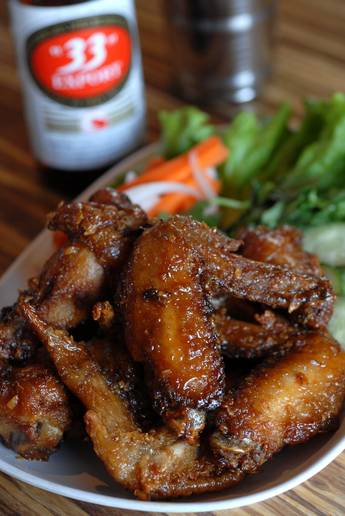 Basa Basa
What’s to Love:  It’s little, it’s cute and has another Portland foodie connection: it was started by noted restaurateurs John and Caprial Pence (also a James Beard award winner…who knew wings could be such haute cuisine?). The “micro restaurant” only holds about 20, but when it’s not busy, the friendly staff will drop off your food and bus your table. When it’s crowded, why not wing your way over to the park and enjoy your chicken on the go? Though they feature a wide variety of yummy spices, they totally aim for family friendly, which means….teriyaki! 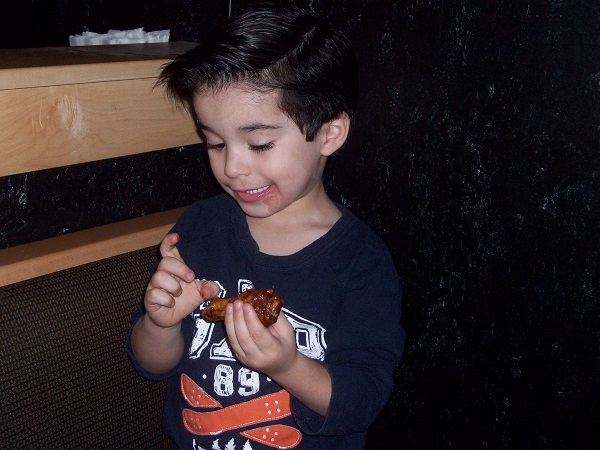 Fire on the Mountain
What’s to love: Fire on the Mountain prides itself on its Portlandia eco-friendly approach. Sure you’ll love the wings that come with one of 12 homemade sauces (one of which rotates, bring back the Teriyaki Bacon!), but we know you also want to be sure that your wing men and women compost and recycle – and, most importantly – offer free-range, grain-fed, antibiotic- and hormone-free chicks. Want the chickens to stay happy? They offer vegetarian options too! Oh and did we mention they have their own brewmaster? They will help you pair your wings with just the right beer, while ordering some “root” for the kiddos! 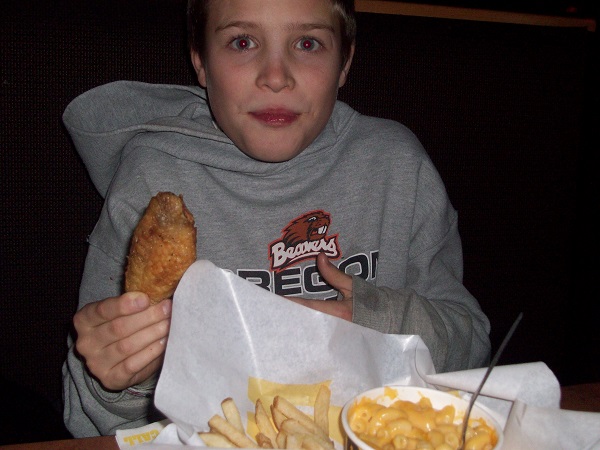 Wingstop
What’s to Love: After the trio of fancy schmancy wings places listed above, sometimes you just want a good ol’ chain restaurant where you know what you’re going to get. You can wing into a Wingstop all across the country, but there’s only one franchise in Portland. The wings are meaty, the service is friendly, the sauces are tasty. A huge bonus for sports fans: a little bird told me the Blazers frequent this place. Pleasing hungry basketball players has got to be a tall order, so if they like it, we’re sold!

Where does your family go when you have a hankering for some chicken wings?

–Cathie Ericson (she took the photos too!)