The buzz around town is all about the long-anticipated opening of Pine Street Market. But is this hip new destination welcoming to kids? We investigated (good news: it is!) and got the scoop on making the most of your day at this foodie haven that might just become your family’s new favorite spot to chow down. 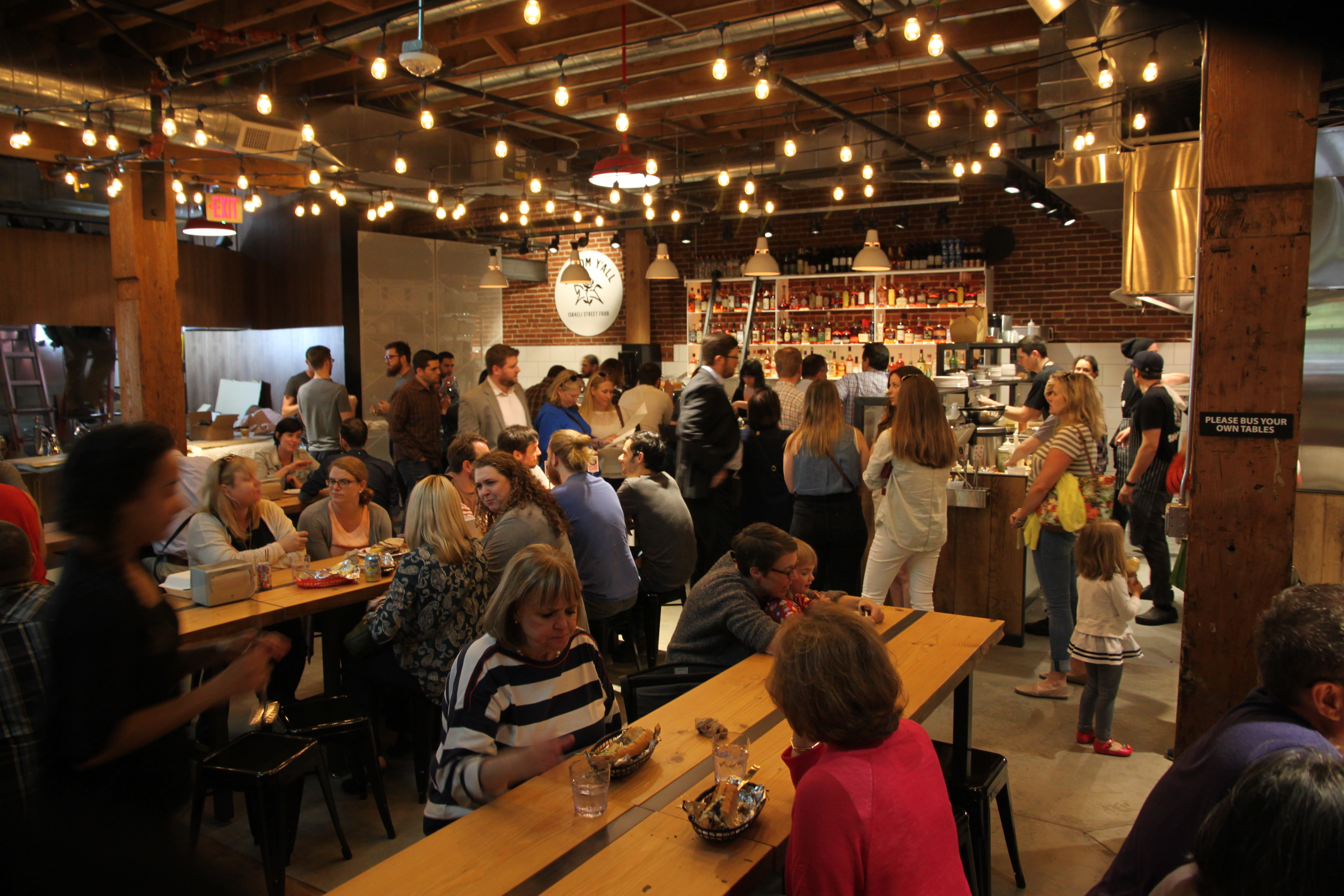 First things first. What is it?
Pine Street Market is a food hall, like popular predecessors in New York (Gotham West Market) and other cities. It brings together different small restaurant concepts in one place, with communal seating, so everyone can enjoy their snacks or meals together. Think of it as an upscale foodie food court, or a fancy indoor cart pod. 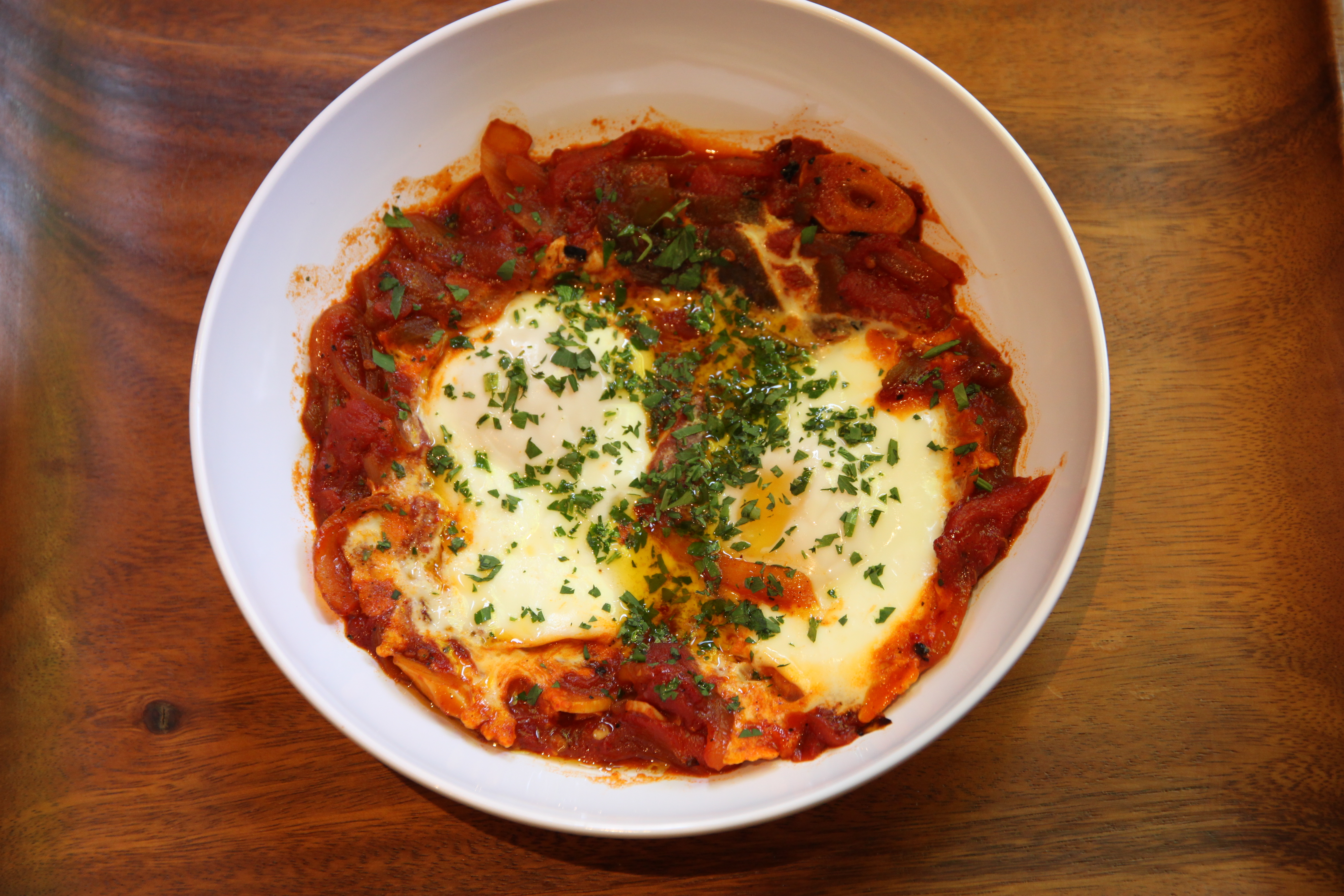 Popular Portland restaurateurs with strong reputations were invited to participate, so you know they have a fan base to bring along with them. Here are some of the highlights:

Common Law takes a chef from a French background and pairs him with Earl Ninsom (from the impossible-to-get-into Langbaan) for fusion takes like beef tongue bahn mi.

Mirukin Ramen has a stellar reputation from Japan. It wasn’t too long ago that they opened their first Portland location, just across the river. Check the online menu for the daily selection: one carnivorous  and one vegan version.

Pollo Bravo and Shalom Ya’ll are both from John Gorham, who you know as the owner of Toro Bravo and Tasty N Sons, which rarely disappoint (except when it comes to wait times for a table). Pollo Bravo does roasted chicken and tapas, while Shalom Ya’ll serves up Israeli street food like falafel and house-made pita.

Trifecta Annex sells bread, pastries, and pizza both whole and by the slice. You’ll know Trifecta as the third restaurant by the owner of Ken’s Artisan Bakery, Ken’s Artisan Pizza (frequently named one of the top two pizzas in town), and Trifecta Tavern.

And, the one your kids might be most interested in: Wiz Bang Bar, the newest Salt & Straw ice cream concept that gives us soft serve.

Is it family-friendly?
Sure! There’s plenty to choose from, especially if you’re willing and able to spread out and wait in more than one line. At the back of the room, you’ll find self-serve water (with plastic cups). There’s enough space to maneuver a stroller around the long communal tables, though it may be slow going during high traffic lunch hours. A toddler can easily and safely get themselves in and out of the low backless seats, but there are a few high chairs stored in the back as well. The bathrooms require a numerical code, so be sure to ask for that while you’re in line the first time. 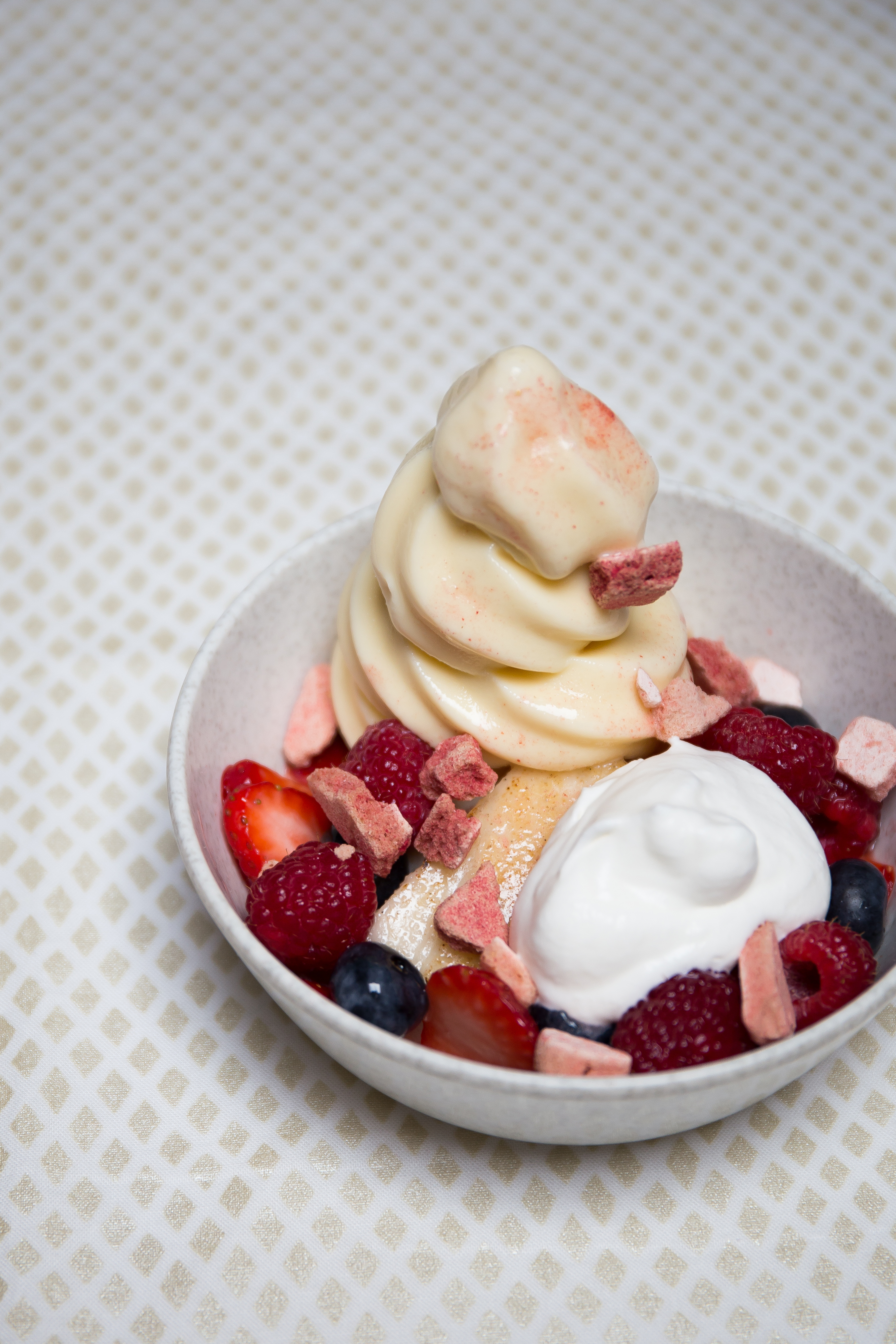 What you must try?

You probably won’t be able to escape without a cone from Wiz Bang Bar… but why would you want to? For the kids, try classed-up hot dogs from OP Wurst, like the mac and cheese dog with cauliflower macaroni and cheese. As for the more adventurous, how about a beef tongue banh mi from Common Law? If you’re there for brunch, Shalom Ya’ll serves up the famous shakshuka that’s also served by Tasty N Sons—these baked eggs in tomato and peppers are simply a Portland must. 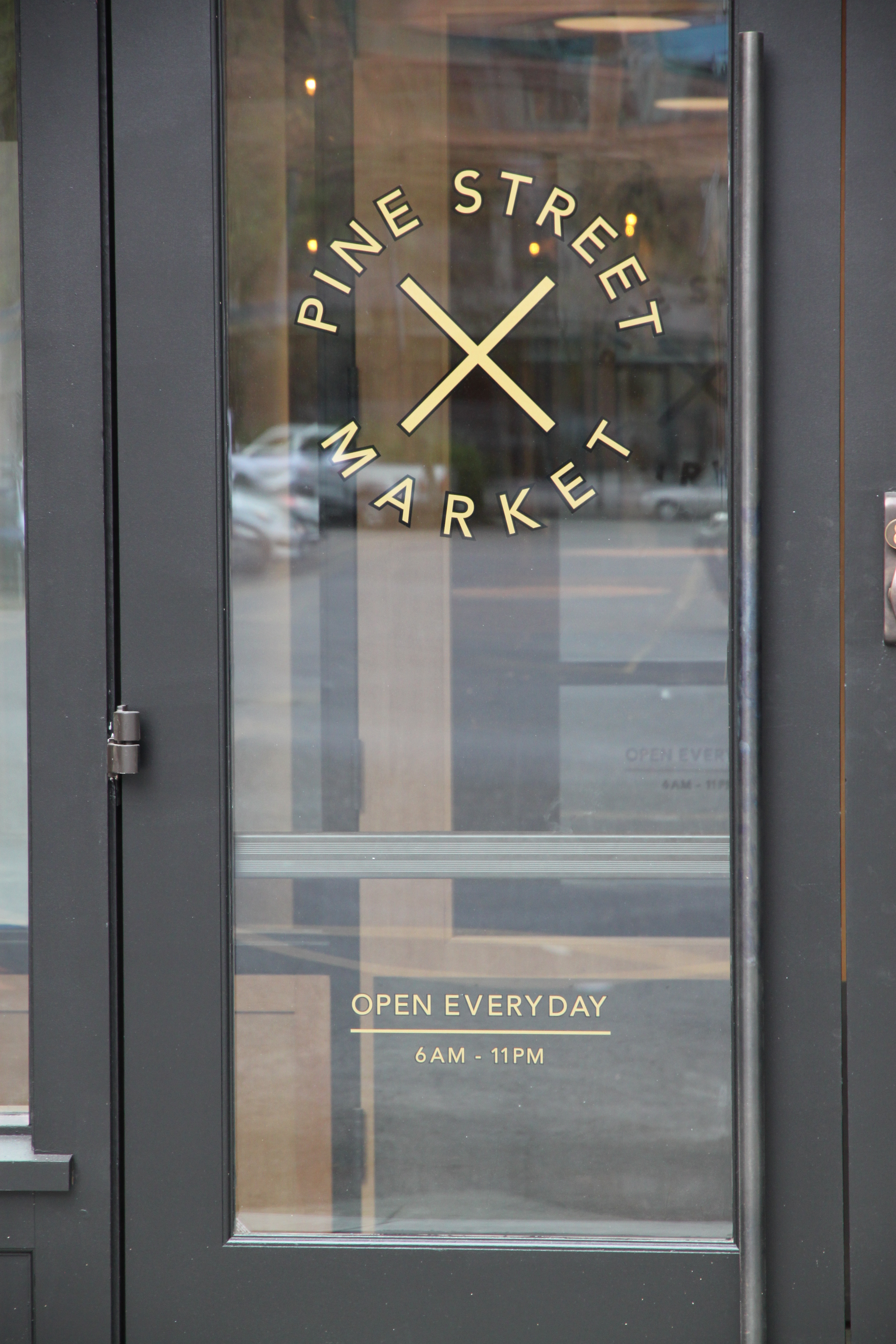 Know before you go

Pine Street Market has just officially opened, though many of the restaurants have been “soft open” for some weeks. Count on changes to menus and hours as time goes on and the tenants adjust to business. Check for times online if you have your heart set on something.

Have you been to Pine Street Market? What did you get? Let us know in the comments!