Cheese niblets! Our favorite whiskered newspaper editor hits the stage for the Oregon Children’s Theatre world premiere of Geronimo Stilton: Mouse in Space. Whether or not you’ve read book #52 by the same title, you and your theater-loving littles will be pulling for this reluctant hero and his crime-fighting friends. Mark your calendars with the show dates and read on for the inside scoop on this brand-new show. 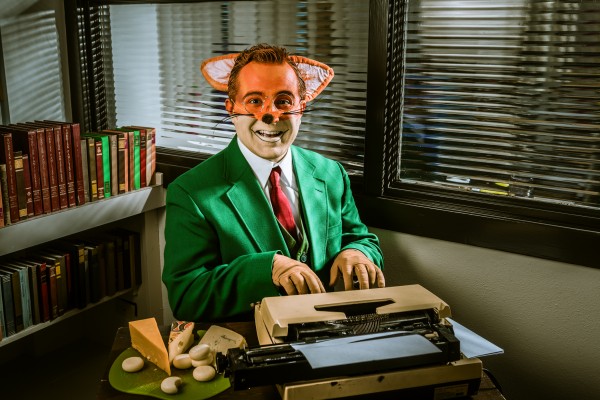 The Story
The play is based on one of many wonderful stories in the Geronimo Stilton series. New Mouse City is being threatened by a sneaky villain and Geronimo is determined to get to the bottom of a series of crimes. He finds himself being sent on a top-secret mission in outer space, and he and his friends set out to solve the mystery once and for all.

This production is recommended for ages 4 and up. It’s not a musical and even though the storyline had us on the edge of our seats, it’s definitely a longer play at 1 hour and 10 minutes with no intermission. There are a few moments of darkness in the theater during transitions but nothing too alarming for the 4 and up crowd. 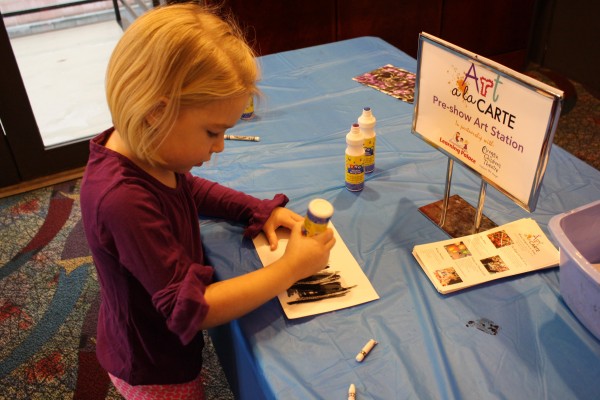 Before & After
Make sure to arrive at least a half hour early to take advantage of Art a la Carte, which provides an art project an hour before showtime. Just head up the stairs to the second floor and you’ll be welcomed to the tables to participate for free. After the show, the characters sit at a long table to sign autographs. Even if the line is long, it moves quickly as people bounce from one character to the next. (We got through the line in less than 10 minutes, so it’s worth it if your tykes can wait.)

You can make the most out of your day by making plans before or after the play. Head to the Multnomah Library’s Central location (801 SW 10th) to check out some Geronimo Stilton books for bedtime reading, or burn off some energy while running around the South Park Blocks behind the Newmark, between SW Park and 9th avenues. The theater also has a list of nearby activities and restaurants. Click here to see it. 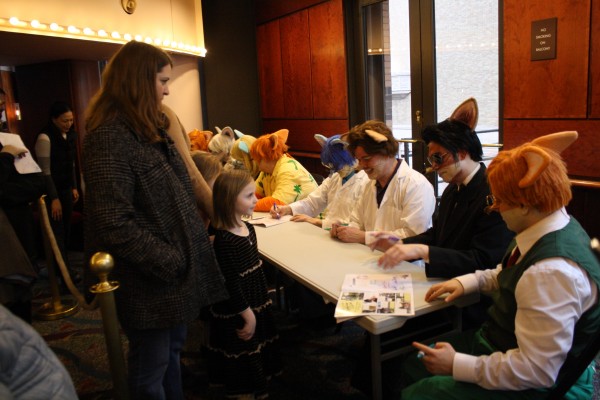 Eat, Drink & Go Potty
The Newmark has a concession stand that is open before, during and after the show in case of a snack emergency among your crowd (think chocolate chip cookies and bags of chips). If you’re thinking of having lunch before or after the show, hit up 21st Century Pizza (1221 SW Jefferson) for slices. Make sure that your entire crew visits the restroom before the show since there is no intermission, and stop by the coat check for a booster seat for $1. It’s worth it for the youngest theater-goers, especially if they have a grown-up sitting in front of them. Finally, only closed containers are allowed in the theater so feel free to bring your bottled water in but finish everything else out in the lobby.

The play is one of the OCT’s Ticket to Read performances, which is a program designed to get low-income students excited about reading by linking literacy with live theater. Students enrolled in the program get a free theater ticket and a copy of the Geronimo Stilton book upon which the play was based. Want to know more about it? Click here. 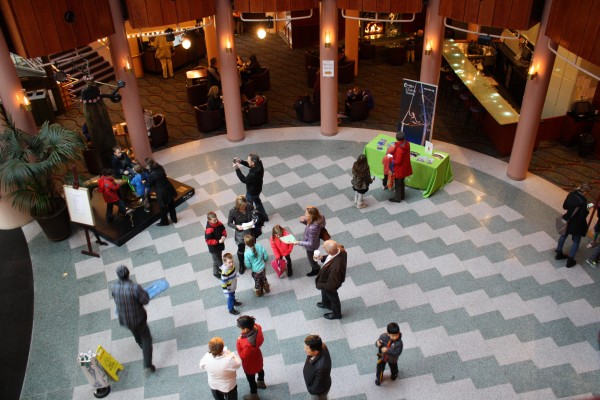 Getting There
Arrive at least 15 minutes to secure a parking spot. Street parking can be found in the area, but make sure you can stay there for at least 90 minutes. For peace of mind, you might choose to park in the nearest lot two blocks away at the Fox Tower (775 SW Taylor), or Smart Park (123 SW Jefferson).

There’s a set of elevators and ADA restrooms making the Newmark Theater accessible for wheelchairs, as well as strollers.

How excited are you for this world premiere showing of Geronimo Stilton? Let us know in the comments below!