If you’re not yet part of the boot-stompin’, puppet dancing, folk singing Red Yarn fan club – now is, most simply, your chance. You will have a superbly down-home good time at any of his shows and make a few new friends (critter and human) to boot. Here’s a quick eight ways we feel so homey around Red Yarn.  More than likely, you’ll add a few more of yer own. 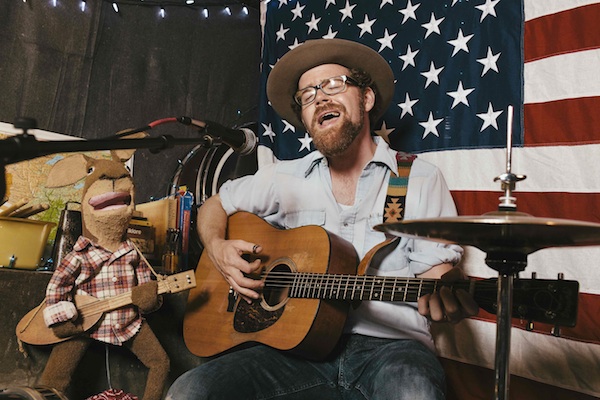 1. Folk is First– Red Yarn dedicates his musical talents to ensure that the future of folk is alive and good. Every visit is a bit of a history lesson and every song feels familiar, even if you haven’t heard it before.

2. A Little Politeness Goes a Long Way– Red Yarn – aka Andy Furgeson – is incredibly inviting and accommodating and makes a point to greet all he sees, ask names, remember moms and kiddos from previous shows. The cool part? He gives all tiny dancers a chance to strum the guitar. As the show progresses, even the most reserved of grand dads and nannies are getting amongst the grooves as the whole room is tapping, clapping and singing along. Imaginations are ignited, energy is burned, and puppet pals made. 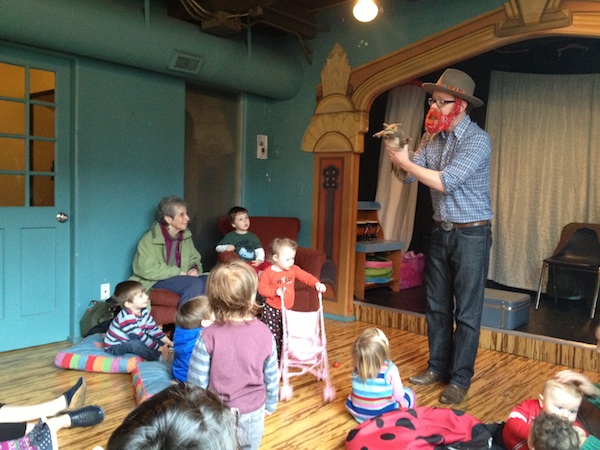 3. One word: Puppets — Red Yarn plays solo and with his full puppet band. His actual puppets feature prominently at his every gig and you never know who he’ll bring out next – Shiloh the Squirrel, Bob the Rabbit or maybe even a sly fox.  The audience goes wild for his band of critters. It’s hilarious and sweet at the same time.  Genius!

4. Every body wins — Catch him solo every week from Tuesday through Friday mornings at venues all over town like Treehouse Boutique and Café Au Play. The first Saturday of every month Red plays a rowdy and rumbly gig at Mississippi Pizza, a fly venue for the bigger boot stompers. With a 4:00 pm time slot, pizza, and beers for the adults, every body wins (and grins).

5. He Works Hard (Just Look at His Shirt!) — Red Yarn is crazy hard working; check out his sweaty shirt at the end of the show! He does not sit down. Not once (um, kinda like a few kids we know!). When not rockin’ the kindie stages about town, he’s a music teacher of the gee-tar, birthday party feature, grown-up band collaborator, devoted husband, excited dad-to-be, missing kiddo locator (we saw it with our own eyes at the Alberta Street Fair) and probable future kiddo tv star (grant in the works). 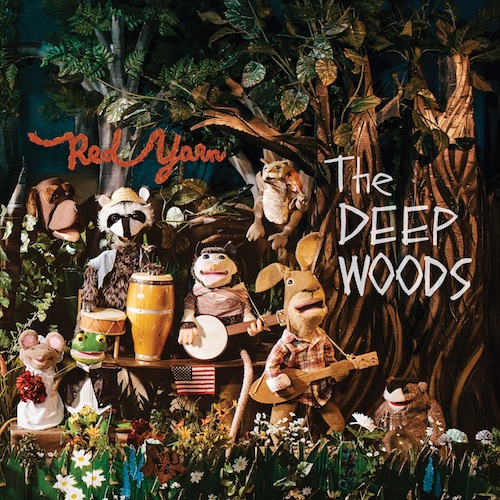 6. He’s a Real Portland Star– As of October, Red Yarn’s debut cd, The Deep Woods, is set to ht the kindie rock scene. True to form and his homemade star style, he held an open call for back up singers on the recording sesh. Close to 150 kiddos and their grown ups showed, ready to sing their groovy hearts out.  Who doesn’t wanna hear that?

7. You’re Invited to His Party– Red Yarn’s cd launch party is sure to be a blast. Sunday, October 20 from 3:30 – 6:00 pm, the Village Ballroom (NE Dekum & 7th) is the place to be and tix are sure to go quick. He’s lined up kiddo booty shakers to open the gig, beer and wine on sale during the show, and you can grab a bite before or after at the kid-friendly philanthropub –  Oregon Public House –  right downstairs. 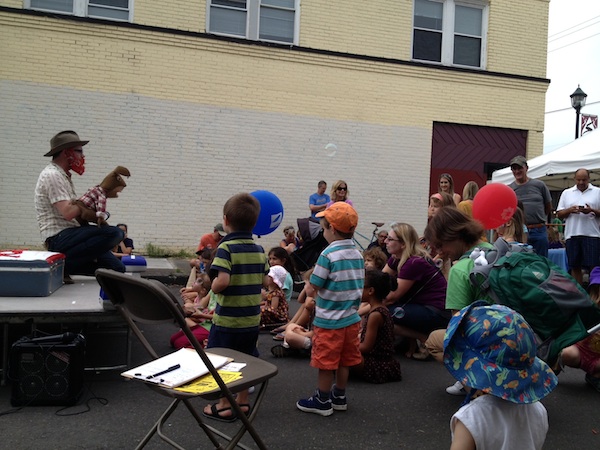 8. No Plane Tickets Required — Last but far from least, catch Red Yarn regularly (and for free) at street fairs, festivals and our fab public libraries.

What do you love about Red Yarn? Tell us below!