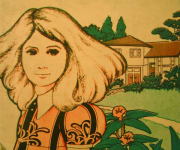 Soon-to-be parents Prince Harry and wife Meghan Markle are moving out of Kensington Palace. The Duke and Duchess of Sussex are ready for a totally new living arrangement—and it won’t include Prince William and Kate Middleton. Oh the scandal!

Well, actually… Before you start thinking there’s some clandestine royal feud a-foot, it looks like the change of residence has little (if anything) to do with the brothers’ or in-laws’ relationships. If anything, it’s for a far more personal reason.

A post shared by Duke and Duchess of Cambridge (@dukeandduchessofcambridge)

While rumors are swirling about the move, according to The Daily Mail, Prince Harry isn’t looking forward to his future Prince or Princess growing up in the “goldfish bowl” that is Kensington Palace. And that’s totally understandable.

So where will Harry and Meghan go? The couple will move to Frogmore Cottage, a secluded residence on the grounds of Windsor Estate.

The cottage—which we’re fairly certain is nothing like what we think of when someone says “cottage”—was the home of the Queen’s cousin Richard and his wife Birgitte. Even though the royal relatives will have to move for the Duke and Duchess of Sussex, there is reportedly no bad blood here. The couple, whose children are grown, will relocate to the “smaller” Stables Cottage on the palace grounds.

All the Moments We Loved the Royals in 2018