Did you know there are fairies living in secret right here in the Bay Area? We know what you’re thinking: geez, even fairies are moving here now! But these mythical creatures are here to spread enchantment and joy to children and adults alike. They are not here to overbid on real estate and spew app ideas to venture capitalists. In fact, they all live in modest homes and most people don’t even notice they’ve taken up residence right under a tree, curb, or even on buildings. We’ve found some of the best fairy lairs in the Bay Area, so sharpen those eyes and get ready to go on a fairy hunt with the kids! 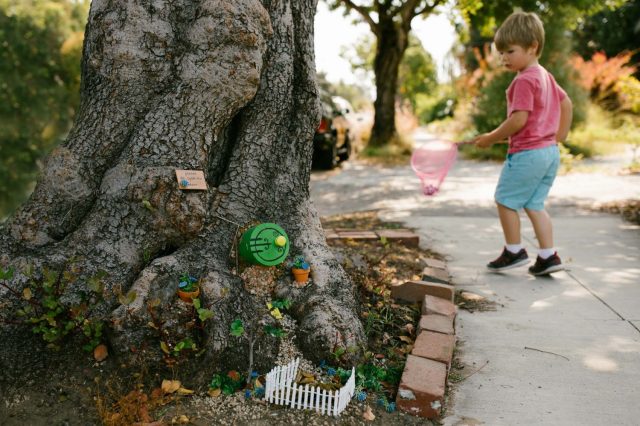 Before you flutter off, here are some tips to get ready: grab a bag of fairy pearls to leave for the fairies (marbles, rocks, glass beads), a magic wand (because Tinkerbell has one) and dust off the fairy wings (the pair you bought for Halloween but always seem appear on your child for ordinary occasions like grocery shopping and school) and let your imagination lead the way.

And now some rules: If you take a rock from a fairy you must leave a rock. Or better yet, just don’t take anything. Instead, leave a gift. Because fairies love surprises! Some fairies like to receive letters too so don’t be shy about writing a letter to a fairy before you hit the street. Lastly, fairies are real and you are visiting their homes, so please do not move or rearrange their homes. If you do move anything at a fairy’s house, you might make it upset and no one wants a pissed off fairy flying around (especially in 2021)! 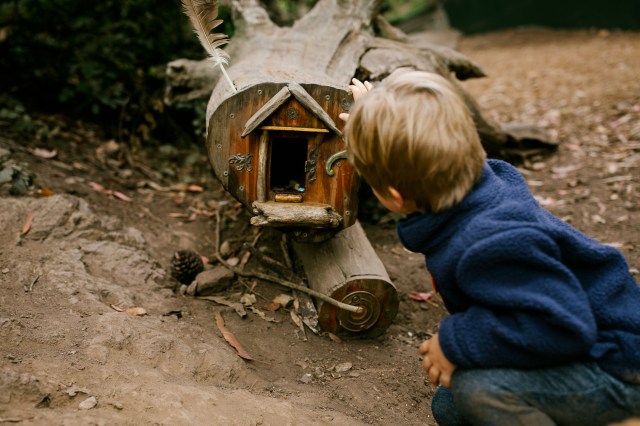 In San Francisco’s Glen Canyon Park, there lives banana slugs, coyotes and it’s most unique inhabitant: fairies. With the scenic views of the canyon and the feeling of being in a faraway land—not in the middle of an urban city—two fairies have taken up residence there. One is at Silver Tree Camp, also known as the Glen Ridge Co-op building. The other is on the unofficially named Banana Slug Trail. Both within a two-minute walk from each other, which makes for a delightful kid hike. 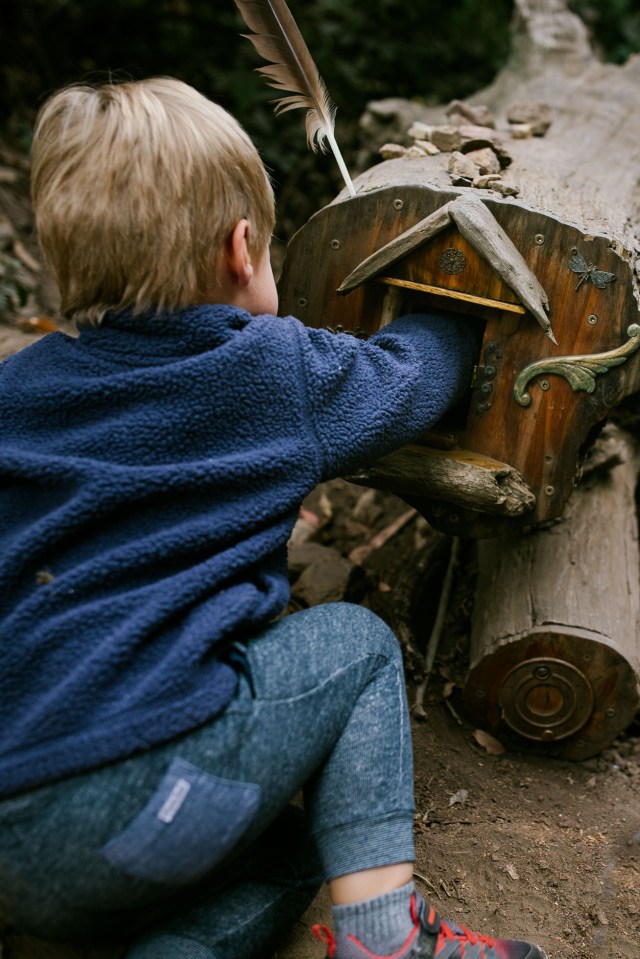 Though it’s not in its original glory, the Silver Tree fairy house is not to be missed! Carved into a fallen tree stump by the local artist, author, and poet Tony Powell, kids can stick their hands in the door to see if the fairy have any hidden “pearls” inside. Also, this fairy loves receiving letters. So be sure to write a message to leave at its home. If you’re lucky, the fairy might even respond through its website (yes, this fairy has its own website, this is San Francisco after all). Lastly, Tony Powell is the same artist who installed the fairy door in San Francisco’s Japanese Tea Garden. He mentioned there are new fairies doors currently being created so keep an eye out when walking the streets of SF. 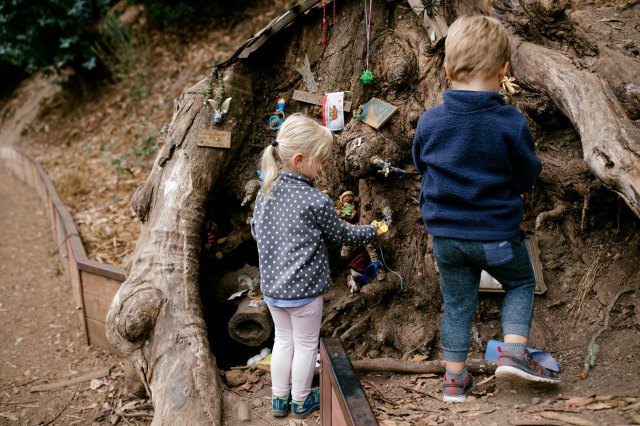 The Banana Slug Trail fairy house isn’t hard to miss. It sits in a large tree trunk along the main trail to Silver Camp. Created by a local Glen Canyon resident, the fairy house has taken on a life of it’s own with people adding their own decorations and tokens for the fairies.

In Golden Gate Park, An A to Z Adventure, the letter "F" is fairy doors. Get some intel from author Marta Lindsey on where to find four fairy doors, two of which are located in the Music Concourse.

This kid-friendly urban hike is full of fairies and your little ones will love exploring. There's not much of an elevation change and there's plenty of shade so it makes for an ideal hike even on a rare hot day. 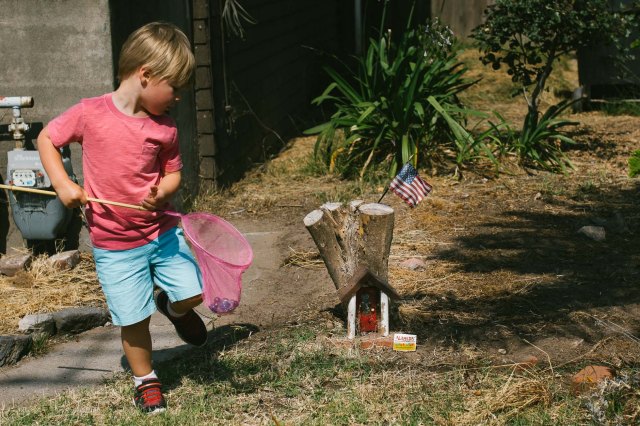 Did you know Alameda Island has the largest population of fairies in the entire Bay Area? With hundreds of fairy doors located in nooks and crannies all over the island the kids will be kicking up fairy dust and having a blast hunting for them. 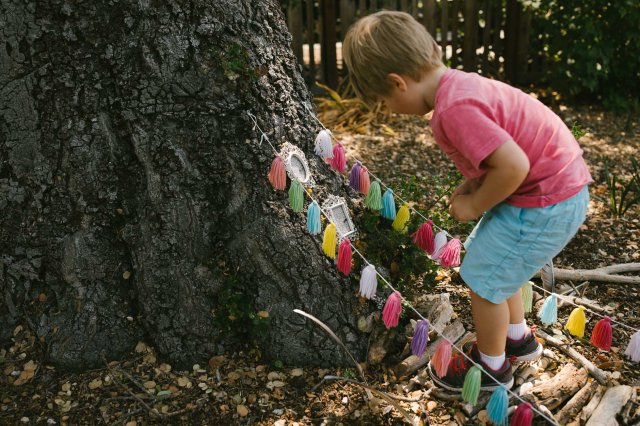 The first miniature immigrants weren’t even fairies but mouse doors. Created by an anonymous artist, Mows510 (pronounced “mouse”) who started the trend back in 2015 when he installed his first mouse doors. Local residents became enamored with the mouse doors and started recruiting other mystical creatures, like fairies, to move to the island too. 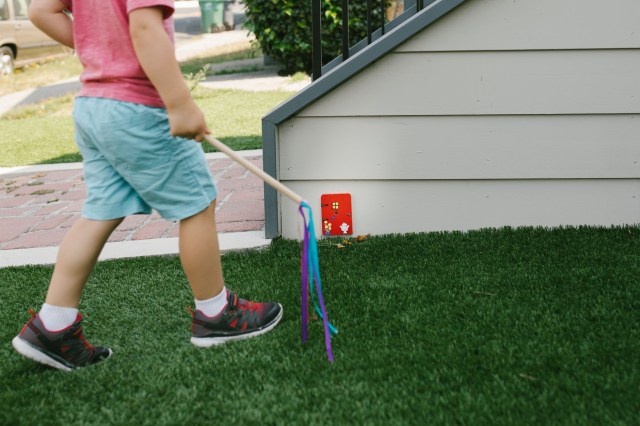 Now, there is even a dedicated Facebook group that monitors where the fairies and mice live. You can even check out this Google map that shows the fairy door locations. The most concentrated cluster of fairy doors is at the corner of Clinton St. and Oak St. in Alameda. The neighbors are really friendly and love to help fairy hunters find doors and direct them to their favorites. 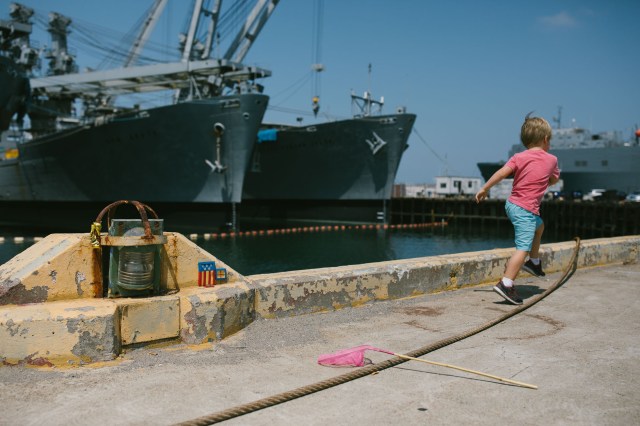 If the kids really want to see some of the original mouse doors by Mows510, there are a few in the USS Hornet parking lot. Or if you want to get the kids super excited, take them to Tucker’s Ice Cream to find the mouse door there. 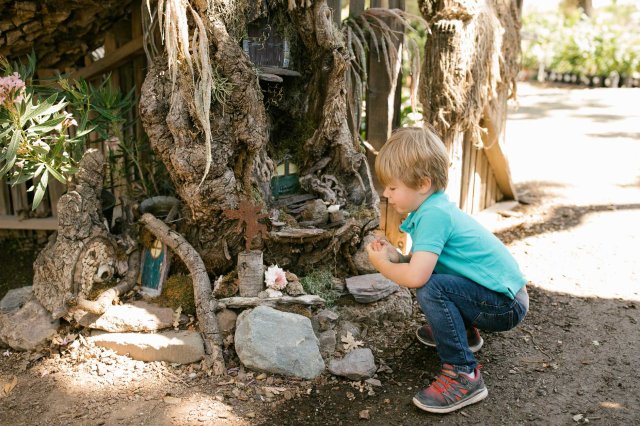 There is a well-hidden community of fairies living at Alden Lane Nursery in Livermore. Speckled with fairy doors all over the property, fairy hunters can opt to buy a fairy map that comes with clues or wander around. People are invited to come anytime during business hours and you can stay and have lunch under the trees and there are even public restrooms. The artist, Sue Fordyce, said she was inspired by Pokemon Go to create the fairy adventure. But with a twist: she wanted the focus be about disconnecting from technology and being in nature exploring. 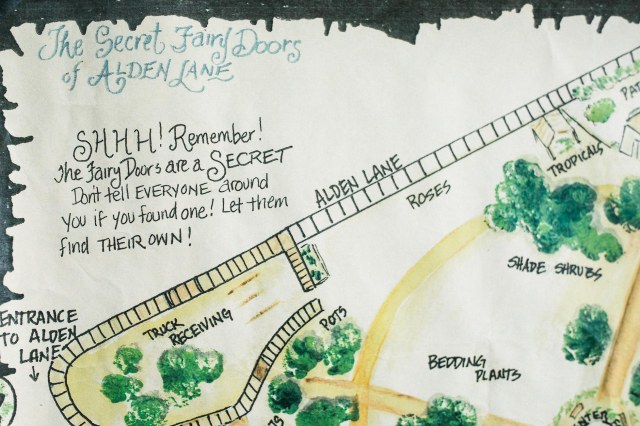 If all this fairy hunting has you inspired to create your own fairy door, check Alden Lane Nursery’s calendar for their next Fairy Fest. This day of fun includes searching for fairies and their lairs in the Enchanted Ancient Oaks.

To find this too-cute spot, head to the intersection of Washington Avenue and Nicholl Avenue in Point Richmond and stroll up Washington. Eager eyes will find the little fairy houses that are full of the cutest details. Our favorite is the Little Library, which one is yours? You can see more pics and get details on this charming stroll here. 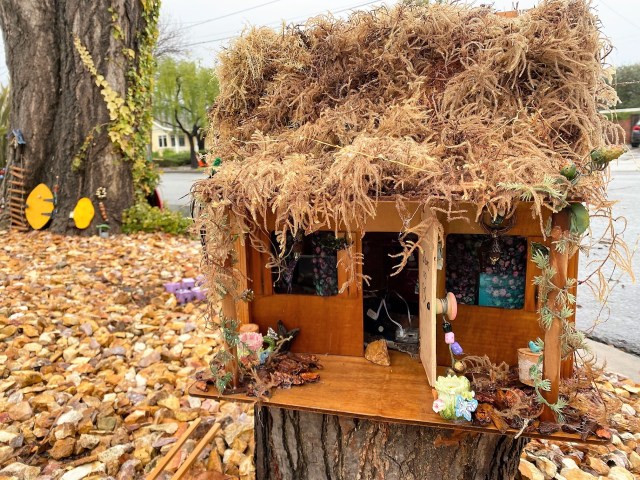 In the early days of the pandemic, Willow Glen resident Lili Ghazian started building little fairy houses to display in her front yard as a way of spreading cheer. You can read her story here. This darling display can be found at the intersection of Celestine and El Rio in San Jose. The fairies love receiving mail so bring your notes and drawings when you visit! 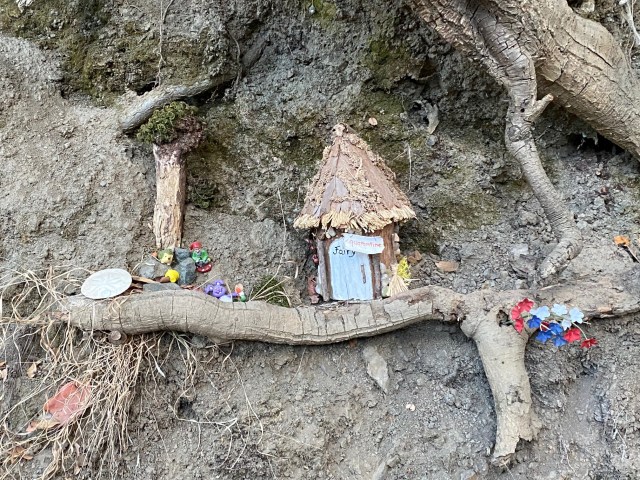 Want the ultimate way to motivate the kids to set out on a hike? Head to Sanborn County Park in Saratoga and have them look for a fairy house along Lake Ranch Trail. From Highway 9, continue on Sanborn Road just past the county park entrance and park where the road ends. The Lake Ranch Trailhead is here. The trail is a 0.5-mile uphill trek and you'll find the fairy house on the mountain side about 3/4 of the way up. If you continue past the fairy house you'll reach the Lake Ranch Reservoir and a beautiful view! 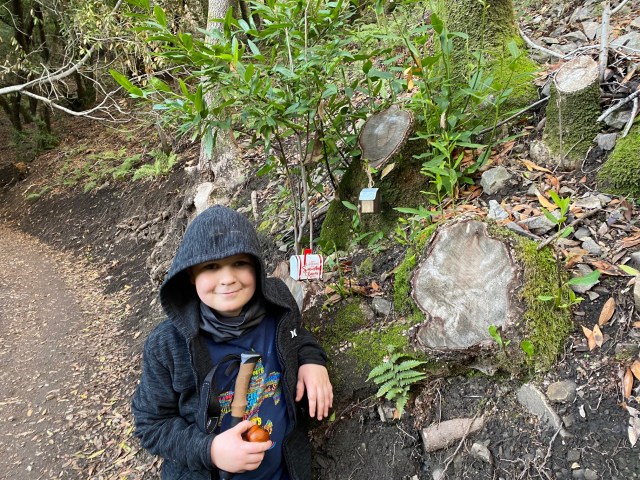 This park in Saratoga is just past downtown along Highway 9. It's a popular spot for hikers and geocachers, and there's even a fairy that lives along the Saratoga to the Sea Trail. You'll find it between the first and second bridges along the 0.6-mile marked portion of the trail.

Not only does Healdsburg have a totally cute downtown plaza and our favorite pizza spot PizZando, but the plaza is full of fairy doors that are perfect for a hunt. Print out this clever map and see if you can check them all off!

31 of the Best San Francisco Playgrounds (That Are Now Open!)