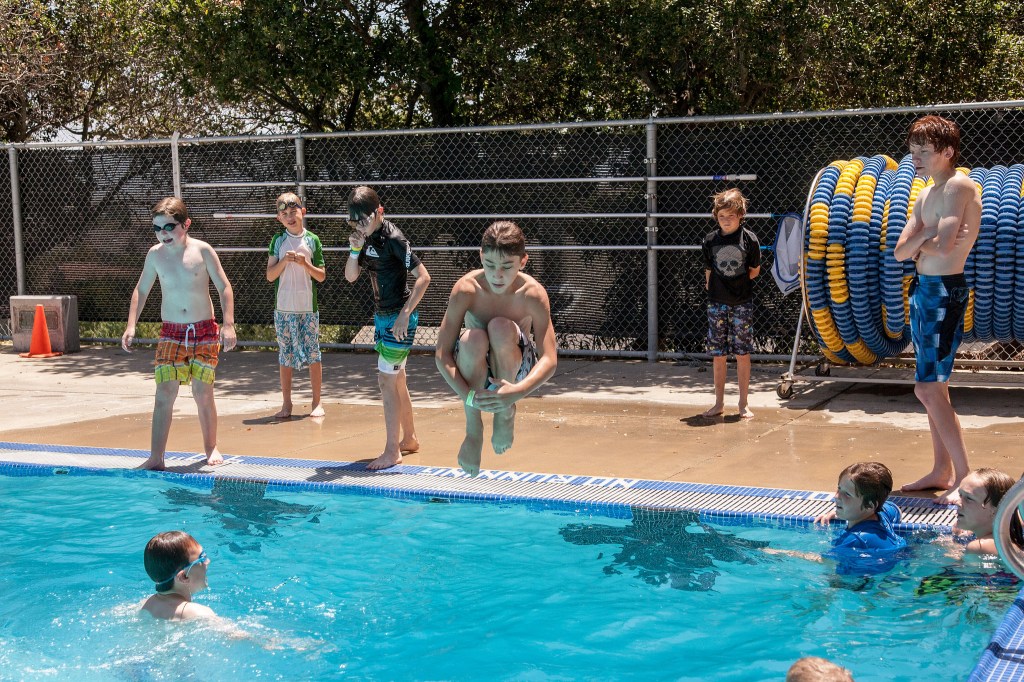 The cannonball: It’s a poolside rite of passage for little swimmers hoping for a big splash. And now, thanks to science, we can tell you how to make the biggest, splashiest cannonball ever.

John Bush, a professor of applied mathematics at MIT and a self-described fluid dynamicist, checked in with Fatherly.com to tell the world the science behind the cannonball and how to make a spectator-soaking splash that’ll make even Shamu jealous.

“Your best bet to consistently displace the most water is the cannonball,” Bush said in the article. “Why? Physics, of course. The jumper will typically present the most exposed surface of area to the water while simultaneously maximizing the depth of descent into the water.”

In other words, the bigger and more solid you make your body, the more water you’ll splash. But to really understand why your body rolled into a ball makes such an impact, Bush had to explain the physics:

Form Drag
“When a large object moves through a fluid, you get a resistance, which is called a ‘form drag,’” Bush says. In other words, you (or your little one) are the large object. The water provides the resistance. Of course, the bigger the person, the bigger the splash, so if your five-year-old is hoping to soak the lawn chairs like Dear Old Dad did on his last jump, it’s wishful thinking. (On the other hand, Dad, if you want to really impress your mini-me, launch yourself into the air and go for it!)

Gravity
“The farther you fall, the faster you are traveling when you hit the water.” Consequently, jumpers jumping from higher heights usually make bigger splashes. This doesn’t really help when your local pool doesn’t have a high dive board, but a good jump can make a difference, too.

Interestingly enough, Bush said the jackknife can make a splash almost as big — if not bigger — than the beloved cannonball, so if you’re really trying to knock the water out of the pool, try one of those, too.

Do you let your kids cannonball into the pool? Tell us why or why not in the comments below.