Whether the dads in your life would rather spend the day fishing, watching the Mariners or playing their favorite video game, Father’s Day should be a treat. What’s not a treat? Slaving over a hot grill, turning hot dogs for hungry kiddos. Take a nod from Mother’s Day—queen of the fancy brunch!—and treat those pops to a meal out at one of these meaty, manly barbecue restaurants. Bibs and baby wipes required. 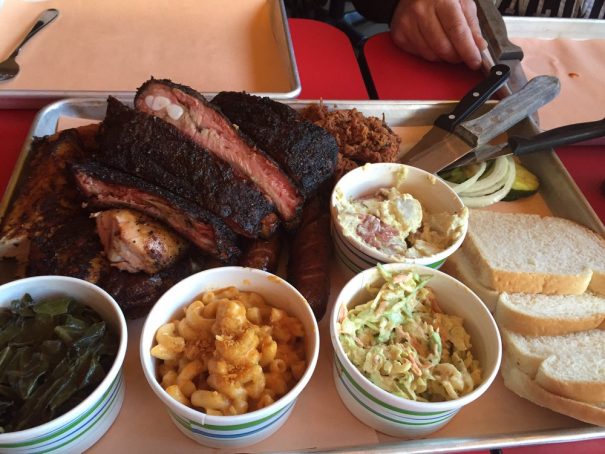 Jack’s BBQ
Among Seattle’s barbecue aficionados—and any local former Texans—Jack’s is the place to beat. The beef and pork at this Georgetown joint get their flavor from a simple salt-and-pepper rub, then a long, slow smoking over hardwood. Dad shouldn’t miss the brisket or pork ribs (or the smoked old-fashioned cocktail); little ones with an aversion to eating hunks of meat off the bone can easily fill up on the delicious sides, like mac ‘n’ cheese, potato salad and coleslaw. Dessert, too, is divine. The best part, perhaps, is that Jack’s takes reservations, making this the easiest pick for a big family gathering. 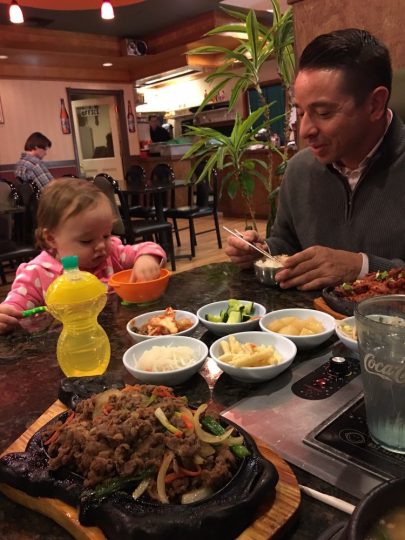 The Grill King
An unconventional choice, but the deal here will make any penny-pinching poppa proud: all-you-can-eat Korean barbecue (or rather, all you can eat in two hours) for $19.99. With the endless parade of chicken, pork belly and thinly sliced beef comes an assortment of salty, pickled, funky banchan, the tiny dishes that typically accompany a Korean meal. Like most Asian restaurants, this modest Shoreline restaurant is very kid-friendly—just make sure to keep tiny hands away from the hot grill that sits in the middle of each table to grill your own meat. Older kids will enjoy the novelty in cooking their own food and Dad will appreciate someone else doing the job for him (he can resume his title of Grill King another day). 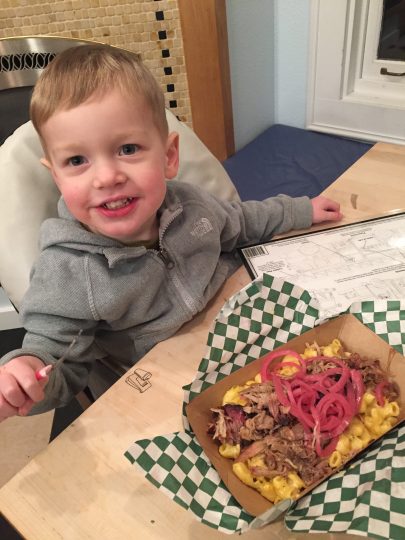 Woodshop BBQ
Legit barbecue from a food truck? Woodshop makes it happen. Though they’ve got a rotating schedule of lunch and dinner stops, every Sunday you can find them at the Fremont Sunday market (near the Theo chocolate factory where the trucks set up); on Father’s Day, they’ll be at the Washington Brewers Festival in Marymoor Park. The all-ages event features pours of some 500 different craft beers and food from the likes of Woodshop, whose menu includes a combination of Texan and Kansas City-style ‘ques. Try the “Woody:” a generous portion of smoked jalapeno mac and cheese covered in a pile of pulled pork, pickled red onions and their signature barbecue sauce. 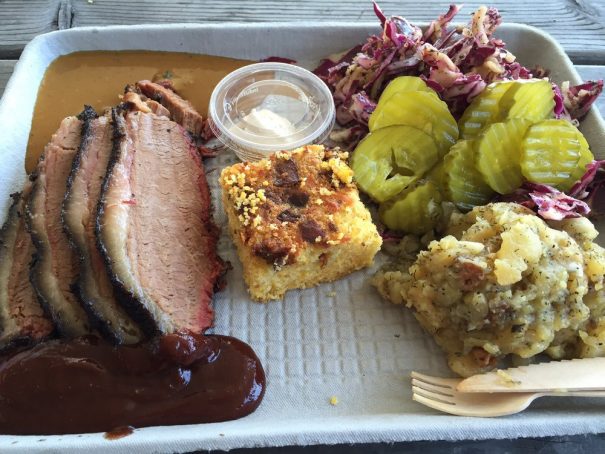 Campfire BBQ
This relatively tiny mobile and catering operation is the passion project of a husband and wife team with deep family roots in Texas and Germany—no strangers to barbecue. You’ll see the influence in the style of meat, but also in sides like German potato salad. Sundays are the perfect time to go, as Campfire is only set up to the public three days a week—from the lot next to Citizen in Lower Queen Anne—and only until they sell out (sometimes mid-way through the dinner rush). Besides all the usual staples, look for Northwest inspired proteins like elk and agave-glazed salmon. Grab your order and take it inside Citizen to eat—the upstairs is a particularly great spot with kiddos (and the shop’s Nutella crepe makes for a sweet finish to the meal). 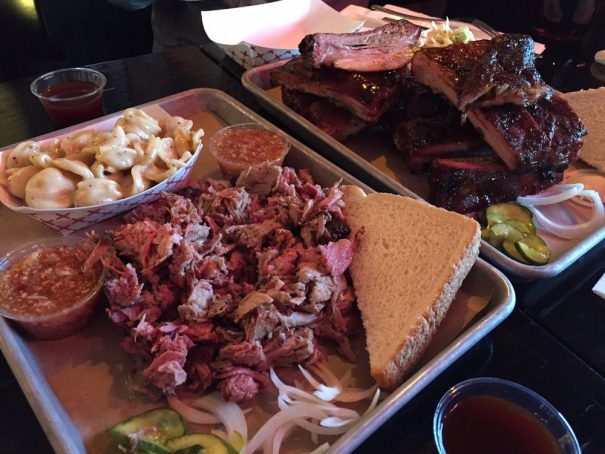 Bourbon and Bones/ Two Shoe BBQ
Why pick one, when these two barbecue spots are less than a five-minute walk apart? Bourbon and Bones is a dimly lit space reminiscent of the kind of dive bars you may have frequented prior to having kids, except it has fried chicken and house-made Andouille sausage alongside the stiff drinks. It’s a good stop, too, if you want to pick up meat to take home—all the barbecue options are sold by the pound to-go as well. Just down the street, Two Shoe BBQ is similarly casual and reminiscent of the sort of Southern roadside barbecue shacks. A sampling of their Central Texan ‘que can be had in the family feast: dinner salad, brisket, chicken, pork ribs and sides like cornbread and baked beans served family style for $19.95/person ($9.95 for kids under 11, and free for under 3). Beware the clown-themed bathroom.

Regardless of which place you end up at, head a few blocks east to Ross Playground for a romp—or a rest, in Dad’s case—after.

Where are you taking Dad out to eat this Father’s Day? Share your special place in the Comments below.