Just in time for the holiday season, Seattle Children’s Theatre has put a classic family film on stage. And Chitty Chitty Bang Bang is a feel-good musical the entire family is bound to enjoy. Whether your kids have seen the movie from the late sixties, starring the ever-loveable Dick Van Dyke as a quirky inventor, or this is their first time, everyone (including moms and dads) will be singing along to the catchy tunes. Read on and get ready to purchase tickets to this fantastic family adventure. 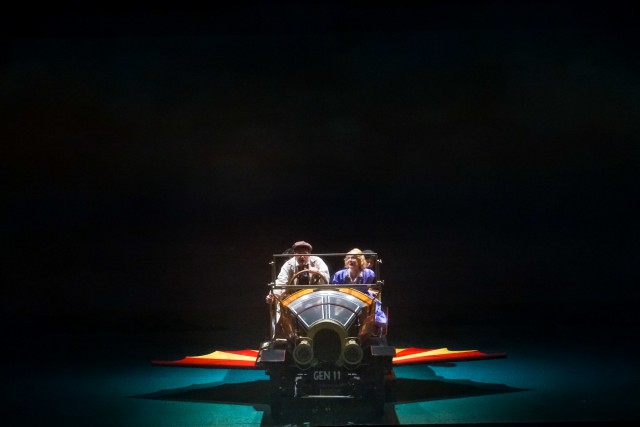 The Story
Set in England, this musical gets off to a jolly good start with the eccentric inventor, Caractacus Potts, and his two children, Jeremy and Jemimah, along with Truly Scrumptious (the daughter of a sweet-maker) and that eponymous car, Chitty Chitty Bang Bang. When the children find a broken down Chitty at a junk yard, they persuade their father to buy her and fix ‘er up. Caractacus does just that, not knowing that a pair of devious and doltish Vulgarian spies also have Chitty in their sights.

The Potts family adventures take them and their fine four-fendered friend from England to Vulgaria, where audiences will meet the selfish Baron and Baroness Bomburst who have sent the spies to steal Chitty for the Baron’s birthday. The actors sing and dance their way through the scenes and even Chitty comes to life through headlights and a horn. 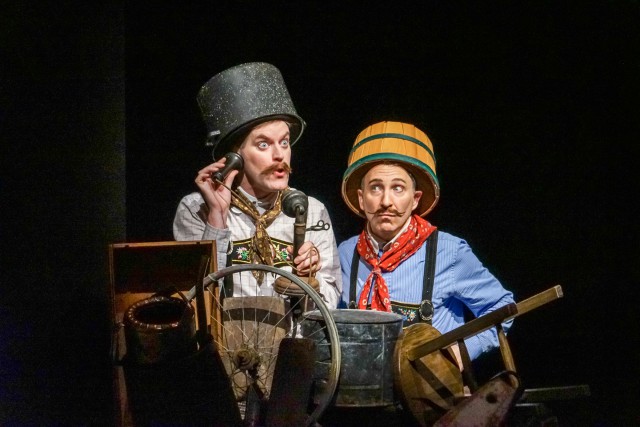 Family Fun
There are plenty of sight gags and one-liners to keep adults and their littlest theatergoers laughing. Bumbling spies, Boris and Goran, get everything slightly wrong and the Baron and Baroness steal the show with their hilarious caricatures. Add in music that will have everyone moving in their seats and clapping along and an ensemble cast of young actors (singing and dancing) and you’ve got a show that will likely spur your little thespians into wanting to take a drama class or two! 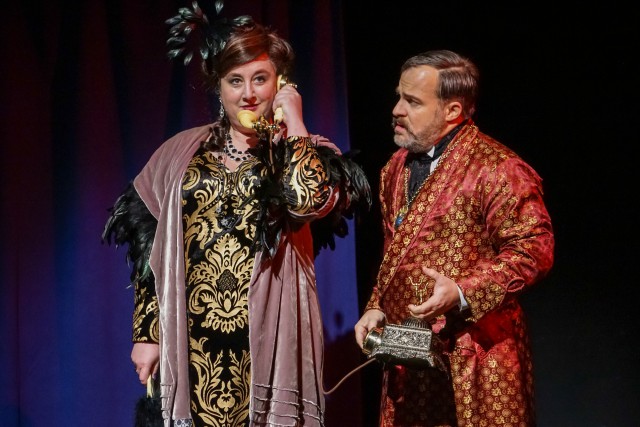 On Stage
The set design is clever and simple taking the audience from Victorian England to the fictional Vulgaria. Potts’ breakfast invention is sure to get a few laughs. Plus, it’s not easy recreating a full-sized vintage racing car that can drive, float and fly. But leave it to the creative set designers who recreated Chitty to figure out how to make that car, that’s as sleek as a thoroughbred, sprout wings and fly.

Stick Around
As with every SCT production, after the performance several actors will reemerge from behind the curtain, sharpies in hand. This is the chance for the actors to not only answer a few questions from inquisitive young minds, but also ask a couple of questions of the audience themselves and of course, they are always willing to share a few production secrets. And those sharpies… they are for eager autograph seekers. Keep that program handy! 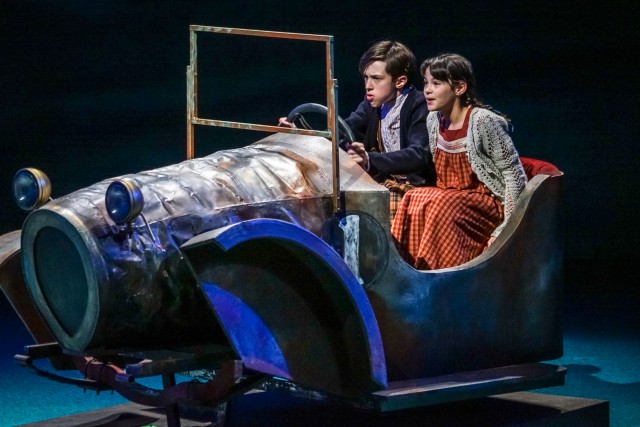 Fun Fact
If the name Truly Scrumptious sounds like the name of a Bond girl, you won’t be surprised to learn that the author of the original novel, Chitty Chitty Bang Bang, was Ian Flemming—the author who penned the James Bond novels. Another beloved children’s author, Roald Dahl adapted the book for the film adaptation.

2. During the production, tots might become a bit frightened by the evil child catcher, who runs around with a giant net and a cage, sniffing out the children.

3. Total run time is 1 hour and 45 minutes which could be too long for the wiggly, younger set.

Have you and your crew seen Chitty Chitty Bang Bang? What was your favorite part? Tell us in the Comments below.