Most kids are picky eaters. And getting them to touch broccoli, or any sort of vegetable for that matter, can put a strain on an attempt at a pleasant family meal. But now, thanks to MOHAI’s newest exhibit, Edible City: A Delicious Journey, kids can not only touch and play with food, they can learn about some of Seattle’s most surprising food stories and how urban palates have developed over the years. Bon appétit! 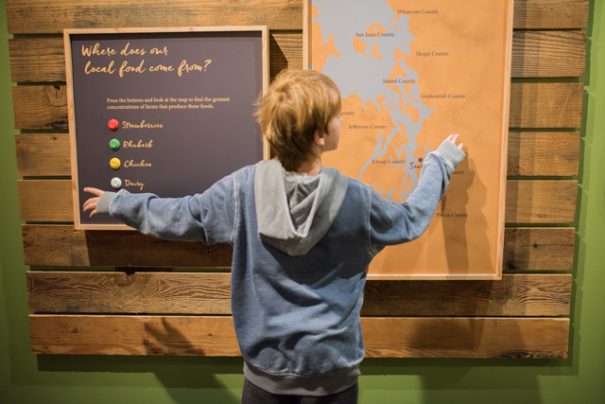 Raw Ingredients
Whether you’re a foodie who is first in line for the latest and greatest culinary delights our city has to offer or you’re someone who is happy with a bowl of cereal for dinner, this carefully curated exhibit will impress foodies and non-foodies with how far Seattle has come in the cuisine scene. Award-winning food writer Rebekah Dehn and the Museum of History and Industry have detailed the Emerald City’s gastronomical journey from what it once was to the foodie paradise it is now, and everything and everyone who contributed along the way. 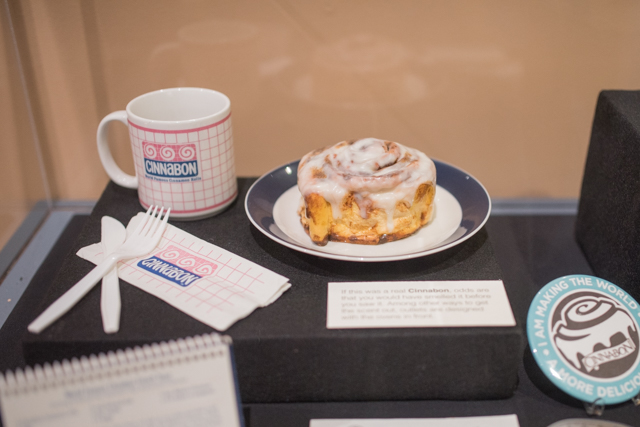 Iconic Seattle
MOHAI wants you to think of the exhibit similar to a progressive dinner, where you move from one display to another. Along the way, your sidekicks can play games, watch videos and figure out what his or her favorite Seattle food is while you ingest the vast range of Seattle’s culinary history. Start with iconic Seattle foods, of course salmon is on the list, and continue with oysters, razor clams and berries.

Fun Fact: There are at least 21 words for salmon in several Salish Native American dialects. 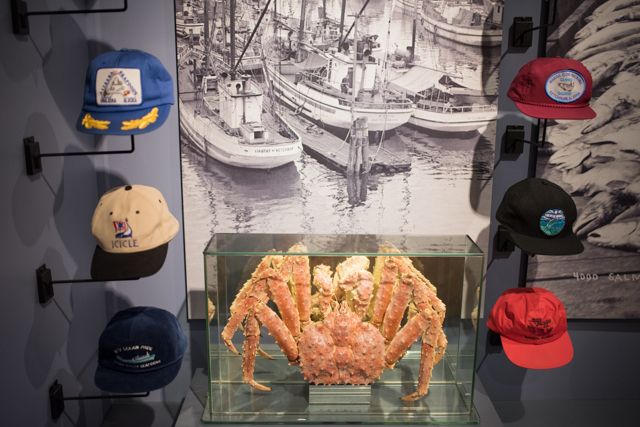 Coffee, Cinnamon & Crustaceans
From Starbucks, to Seattle’s Fisherman’s Terminal, to cinnamon rolls and cheese, you can explore how Seattle’s tastes have changed over the years, and created the food industry here today. Psst… don’t miss the giant King Crab on display.

Fun Fact: Cinnabon got its start in SeaTac Mall back in 1985. 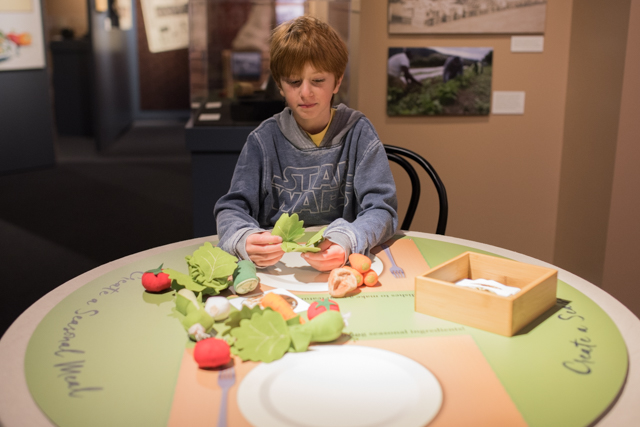 Hit the Market
Kids love exploring markets and the exhibit’s Market-To-Market area explores the heart of Seattle’s Pike Place Market as well as neighborhood farmer’s markets of all sizes. Kids can have a seat at the table and create a seasonal meal using soft toy vegetables and fruit or cuddle up with a plush chicken from the chicken coop. This exhibit is all about letting mini gourmands play with their food.

Good To Know: If you have your own backyard chickens, tweet (or would that be cluck?) a photo of them to #edibleMOHAI and they could be the exhibit’s featured chicken of the month. 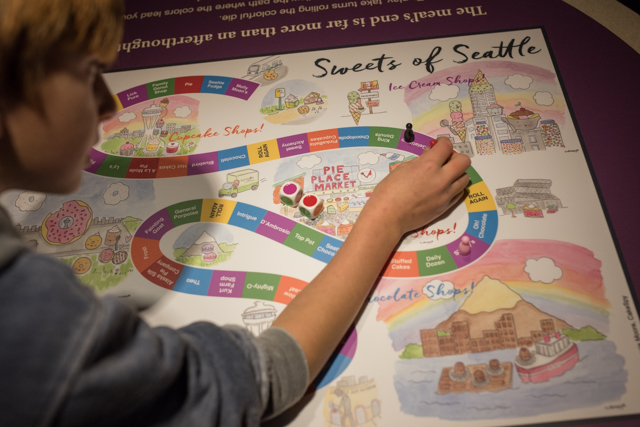 Seattle’s Sweet Tooth
One of the games that will draw the littlest museum-goers in is a Candyland-like board game called Sweets of Seattle. Youngsters roll dice and move their piece along a mouthwatering pathway, landing on some of the many pie, chocolate, ice-cream and dessert shops around the Emerald City. Kids will have fun recognizing familiar names like Top Pot and Full Tilt, but they’ll also learn about some new places to test out their sweet tooth.

Good to know: Recipes for Seattle classics like Jon Rowley’s Strawberry Shortcake and Beecher’s World’s Best Mac and Cheese are on display and can be found on MOHAI’s website. 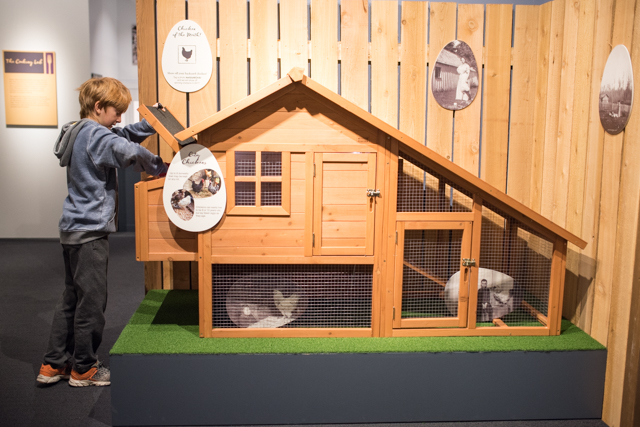 Serving It Up
From celebrity chefs (Seattle has quite a few), to food trucks, to restaurants that are long gone and restaurants that are currently dotting Seattle’s culinary scene, this exhibit at MOHAI will leave you hungry for more. If that’s the case, MOHAI’s cafe is conveniently located on the first floor, so you can grab a bite to eat and then take in some of the other exhibits that showcase our fair city and region.

Good to Know
While this is an exhibit all about food, there is absolutely no food allowed throughout the museum.

Have you visited this new exhibit at MOHAI? What was your little foodie’s favorite part? Tell us in the Comments below.