At first it was very hush-hush. Top Chef in Seattle? Could it possibly be true? And, just like that, it was. From sightings of Padma (she’s mom to a toddler daughter, Krishna) and Tom sneaking around the city to the actual season premier in late 2012, Top Chef: Seattle, was far more than a rumor and Seattle-loving fans and foodies alike all gathered around their TVs for Season 10 to catch glimpses of our beloved city on the big screen.

While not every episode was all about Seattle (whomp, whomp), we loved the ones that were… and, our mama ears were perking up as we started to wonder if these places were worthy of a visit with our littlest Top Chef critics — trust us when we say that they will turn their noses up at a dish of bad mac n’ cheese quicker than Emeril could say “BAM!”

(Psst! Click through on the restaurants, places and names below to find out the inside scoop to visiting with kids!) 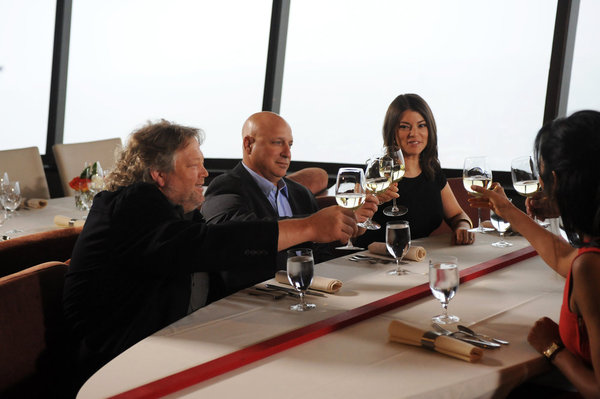 Being the first true episode that featured Seattle, Top Chef hit it hard out of the gate. The contestants cooked at the top of Seattle’s best-kept family dining secret, which just happens to be at the top of Seattle’s best known tourist attraction — the Space Needle! Once they got their “needle legs” underneath them, they presented their dishes to one of Seattle’s favorite restauranteurs, Tom Douglas, who finds a way to marry family dining with food that parents actually enjoy without skipping a beat. In this episode, we also get to see where the Top Chef contestants call home during filming — Olive 8. Located in downtown Seattle at Olive and 8th (obviously), Olive 8 is a residence, as well as a super cool hotel that is smack-dab in the middle of all the downtown Seattle fun. Oh, and did we mention the indoor pool that overlooks the city? We feel a very posh staycation coming on! 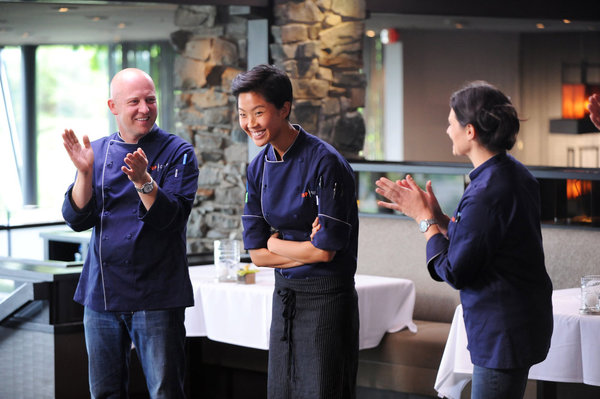 Oh yes, we did. And, the Top Chefs will back us up on this one — take your kids to Canlis. Best known for its gorgeous sunsets, picture-perfect marriage proposals, and tasting menus that will rock your Crocs off, Canlis is, without a doubt one of the poshest restaurants in Seattle, if not the one at the top of the list. On this episode of Top Chef: Seattle, the contestants were asked to recreate some of Canlis’ original dishes from the ’50s… many of which looked pretty darn kid-friendly to us!

Episode 5: To Market, To Market 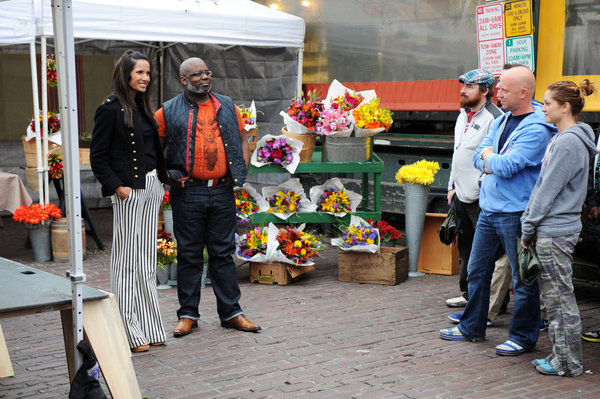 Honestly, we were surprised that Top Chef: Seattle didn’t start here in the first place, but TV producers we are not, so we’ll try to keep our opinions to ourselves. The chefs each had interesting local ingredients that they needed to use in their dishes this week — all which were found in the market. It was like a scavenger hunt… for foodies. We don’t have to tell you how kid-friendly Pike Place Market is, but we do need to remind you to put it on your regular outings to-do list. As we’re reminded in this story from our friends at Seattle Magazine, we have no excuses.

Episode 6: A Baby in a China Shop, Er, A Hand-Blown Glass Shop 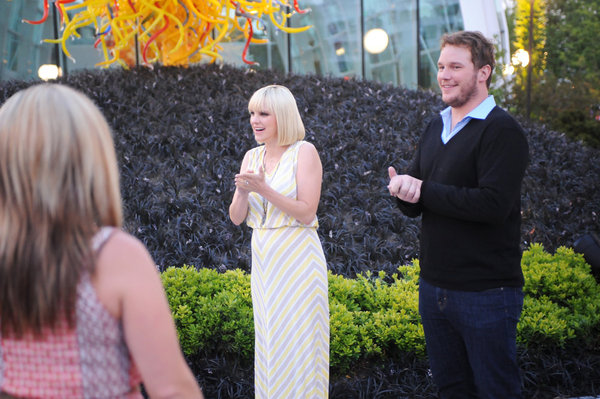 Who knew that Hollywood regulars, Anna Faris and husband, Chris Pratt, were from Washington? The parents-to-be in this episode of Top Chef: Seattle hosted a party for local family and friends at Chihuly Garden and Glass, the Seattle Center’s hottest, and most awe-inspiring attraction… which also happens to be quite kid-friendly. Okay, it’s not as kid-friendly as the bumper cars that used to be in that spot were, but really, what’s better than bumper cars? A huge congrats to Anna and Chris who became parents to baby Jack, who was reportedly born premature at 31-weeks, but who is doing quite well. Do you think they’re Red Tricycle subscribers yet? 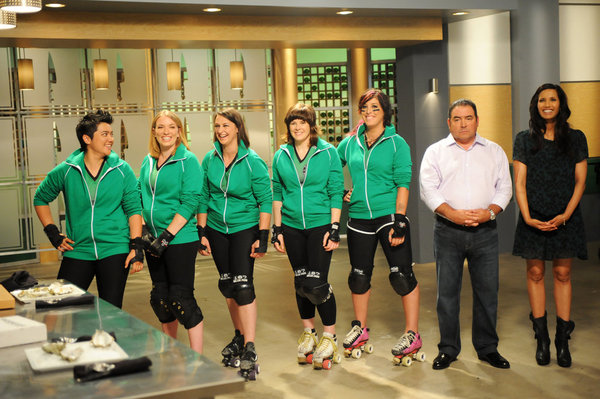 When Top Chef came to Seattle and wanted to incorporate some of the city’s best athletes in an episode, who did they turn to? The Seahawks? Nope. How about the Sounders? Wrong again. It must be the Mariners, right? Don’t bet on it. The Top Chef: Seattle contestants went derby-style in episode eight, meeting up with Seattle’s Rat City Rollergirls for a little culinary challenge… on wheels. Did you know they have a program for girls too? Meet the Seattle Derby Brats.

Episode 10: Take a Bite Out of the Emerald City 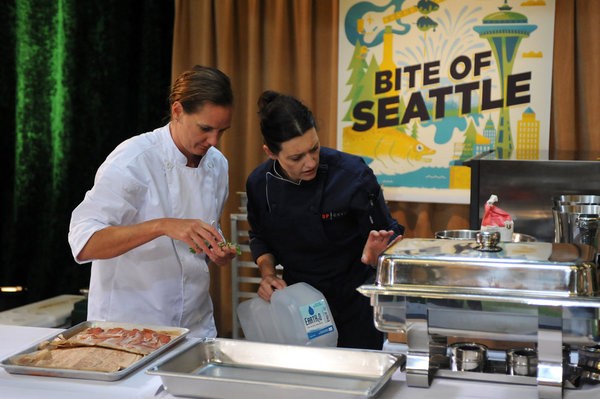 The clock is already ticking down to this year’s Bite of Seattle and if we’d known that the 2012 festival was going to be hosting the show — and the “restaurant wars” episode, at that — we would have set up camp at the Seattle Center for the weekend! Always free, always family friendly and always a delicious time, the Bite of Seattle will be back in 2013 on July 19-21 — set a Google Calendar alert (that’s the new way to say mark your calendar, FYI).