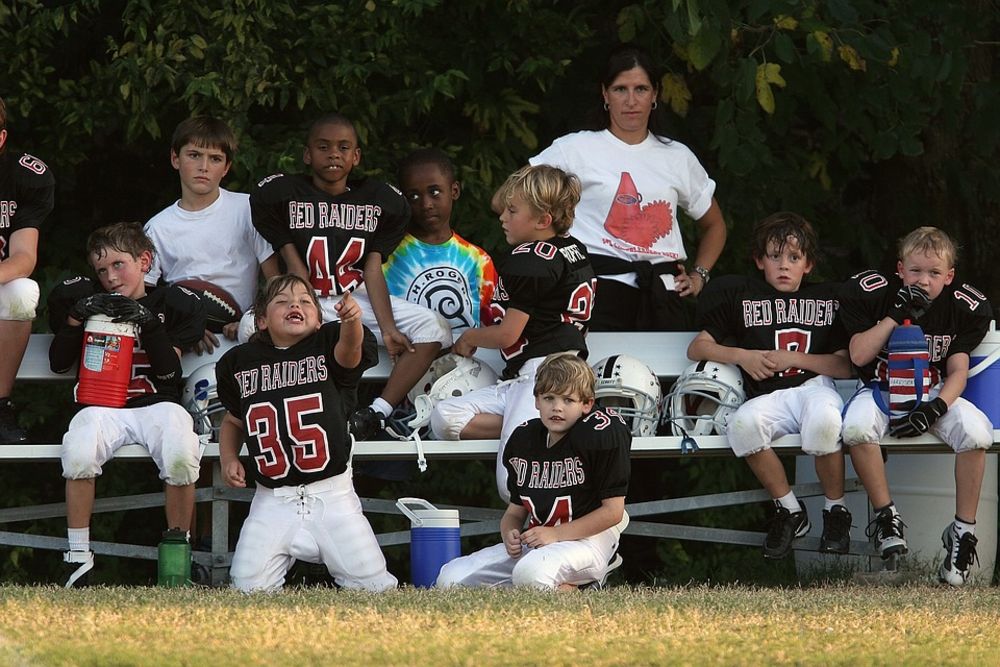 Ok, so I know I am not the only parent who has witnessed her child act out, in negative-fashion over losing a friendly game of kickball or basketball. I have also seen my child compete on the playground: to the top of the slide, across the monkey bars, up the tree, through the tunnels in the play parks. Wherever there was a situation where he could call himself the best at it, he would be there saying he was the best.

Because I have seen him do the aforementioned things, I have also seen him win as well as lose. I have been observant of his attitude toward winning and losing enough times, where I have had to snatch him off the playground for his reactions to both: 1. Being that when he lost, he threw a major fit, where crying and breaking things were involved, and where he hit another child because they won over him. And, 2: When he saw that he was about to lose, he changed the rules of the game, right in the middle of the game, for a more favorable outcome. When you cheat, that’s not a true win! If you could not win, FAIR AND SQUARE, WITHOUT BREAKING OR CHANGING THE RULES- YOU DID NOT WIN! And 3: I have seen him taunt other children when he wins. Not just in celebrating himself and being happy about the win, but really hurting the other children.

I have been told that kids who grow up with a competitive spirit, thrive in life and to not worry about his obsession with winning so much, especially at this point in life. I agree with the statement, in that I want my child to know that there will be times where he will have to show that he’s the better person for things like making the basketball team, getting hired at a Fortune 500 Company and just all around, being selected for things in life that he has worked hard for. But I also feel that there’s a line to be drawn early in life, where the need for directing that competitive spirit into a more tactful approach, is necessary. Doing so helps him appreciate a win, where he doesn’t look at it as a right to be nasty to others by discrediting their ability to play (especially when he had to lie and cheat and play unfair to win himself.) I want him to celebrate in his accomplishments, but to do it with integrity.

I want him to be confident in himself, to believe in himself and to see possibilities beyond the impossibilities in life. However, I want him to have a realistic approach as well. I tell him that there are many things within his reach… in which he can succeed at all. I will never destroy his hopes and dreams for achieving anything, but I do try to keep him grounded and humble in the truth. Because I know, that if I start telling him that he can have and do whatever he pleases, he will grow up with a false sense of reality. He will not be able to accept no as an answer. That’s ok in cases where drive, competitiveness, a go-getter attitude and spirit is encouraged, and where persistence is required for getting what you want and deserve. But I think in teaching our children this, we forget to tell them that even in these cases, there is a line, where no, actually means NO!

Healthy competition and friendly camaraderie are good. Teamwork is even better.

No one wants the Sore Loser child, who grows up to be the Biggest Loser, that even fewer people want; because he’s used to getting his way and acting like up if he doesn’t. It’s not so cute anymore and it’s not a funny situation anymore, when they become adults who lose their crayons over not getting what they want, which involves having something or someone that they cannot have.

Healthy Competition and Friendly Camaraderie are good. Teamwork is even better. True winners know the value of teammates. Sore Losers don’t know the benefits of having a team and they want to do it their way- even if that cost them their whole team. That’s because they are fighting to win something material, that they can call their own. Winners fight for the team, so that they can say they won, and this is what they all won together. When you can take a team to victory, everyone wins and you become the real MVP. MVP’s show that they can do it together, by bringing all the parts together, and taking home the championship victory. They have mastered sportsmanship. They know the vitality of putting the best players, in the best position, where they can maximize chances of winning. What would it benefit a 5-player team, if the Sore Loser crippled one of the players, that he HAS TO PLAY WITH…just for an opportunity to shine?

How deplorable would a teammate look, by standing on the sidelines, screaming, “A’HA! I won!” to their teammates? When, WE lost. You can’t win, when your whole team loses. So now the question becomes, were they ever apart of the team? It’s like watching an ape jump up and down, batting their chest in triumph – – -But you’re looking at them saying, No, you just scored for the other team. You literally took the ball on a full court press, within Nano seconds of making the game winning shot in triple overtime, but then, you ran back to the other side and scored.

The balance comes in nurturing the obsession to win, by scaling it down to a healthy competitive spirit and closing in and eliminating the lines of being a sore Loser. It is important to address that behavior when it starts, and before it becomes something unacceptable, and out of control, but most importantly, before it’s too late.