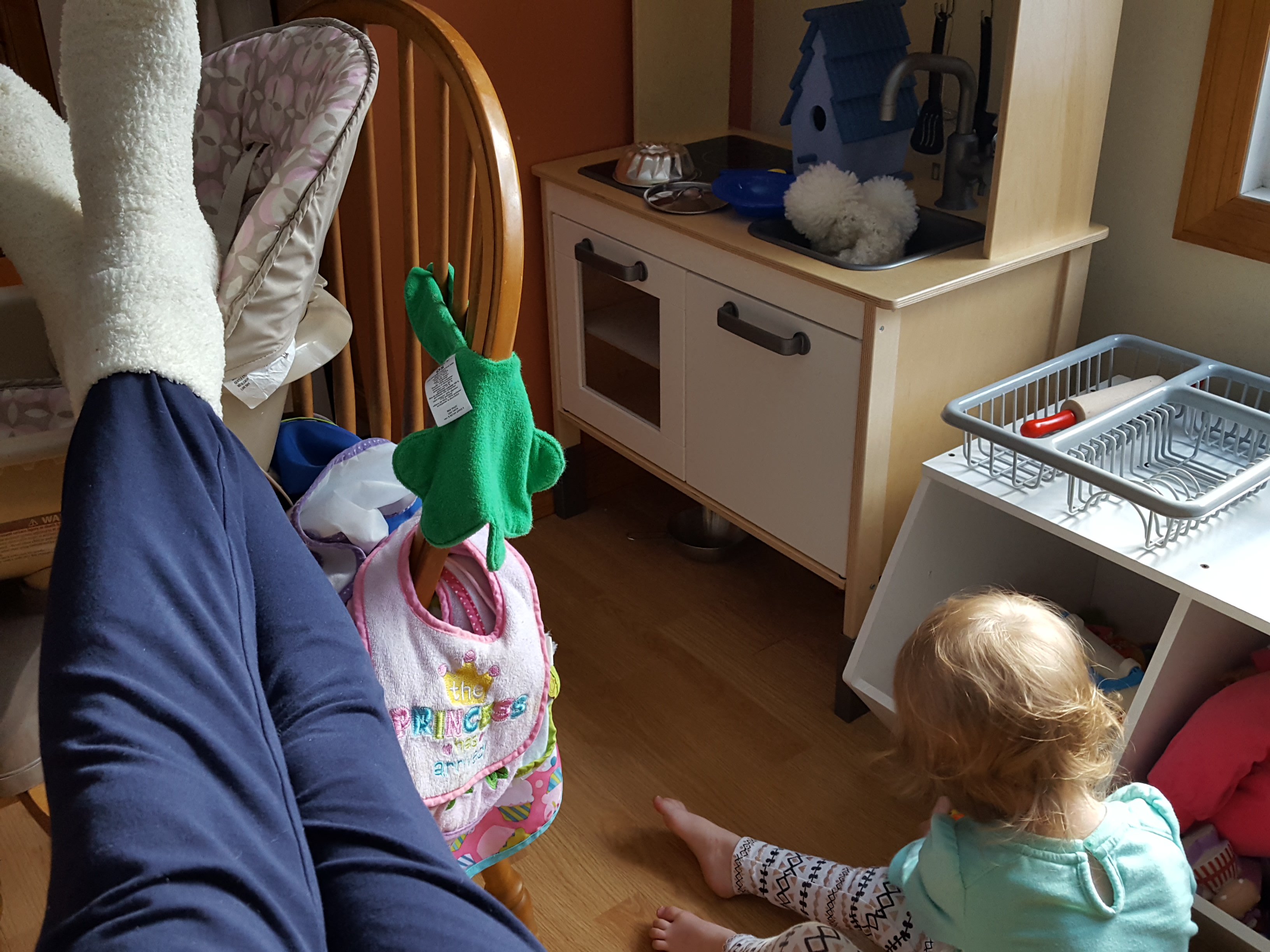 My daughter is laying in my bed. Her head is propped up with several fluffy pillows. An unbelievably soft blanket wrapped around her, leaving only enough room for her small arm to poke out with her cup in hand. A tiny voice squeaks out her latest demands.

“More fish.” I look at her for a moment before I move. “Please.” She follows up with after she realizes that she’s not going to get anything without the magic word. She looks down at the bowl that she has discarded at the bottom of the bed. It was just recently full of goldfish crackers. Part of me wants to say no, because I’m not her maid, but then the rational part of my brain takes over and reminds me that I kind of am.

I maneuver my 33 weeks pregnant body from where I was standing, folding and putting away laundry, to retrieve the bowl and waddle to the kitchen to get her highness more fish.

I can’t help but notice that nobody is in a hurry to get me a snack. I mean, I’m the one that’s creating life here. All my toddler is creating is dirty diapers and a small stash of cracker crumbs that I will find in my bed later today when I finally get around to changing the sheets.

In that moment I have realized two things: first, I have created a monster. Second, she is way better at life than I am.

Other than having conditioned me to become her indentured servant, she’s kind of grabbing life by the bouncy balls.

My daughter has no shame. She will fart, burp, strip down and run naked through a room full of people without the hint of blush on her cheeks. She sings at the top of her lungs whenever the moment moves her, even if it’s in the middle of a restaurant. She puts me in mind of a much younger me at 2AM getting ready to leave a bar. Everything she does is “precious” to everyone that sees her. Yeah, my parents love her. My in-laws love her. Everyone that lays eyes on her thinks that she is the best.

Even when she is standing outside of our front door screaming bloody murder and refusing to come inside, there is always someone there to make an excuse for her. Nobody ever calls her on her crap. Well, nobody other than her father and I. No matter what she wears she looks flawless. Yesterday she chose a pink and purple watercolor shirt with yellow and teal pair of leggings. If I wore that I would end up on the “People of Walmart” web site. She looks like a tiny version of the Olsen twins. I don’t really like tomatoes, and I never have. That doesn’t stop everyone from offering them to me constantly and then giving me a hard time when I politely turn them down. Hey, I don’t like them. They are gross. I know it’s weird that I like ketchup and tomato sauce.  What can I say? Taste buds are weird. I hear crap out this fact constantly. My daughter on the other hand asks for “amatoes” every time she lays eyes on them. She will lick it and then promptly throw it on the floor.  Still she gets points for “trying it”. Nobody gives her a hard time about her pallet.

As I said, I am 33 weeks pregnant. I have been sick almost my entire pregnancy. I blame my daughter who has also been sick almost my entire pregnancy. The difference is that it doesn’t slow her down. It makes me appear incredibly lazy when I have to put my feet up and rest because I’m completely congested but she can run pell-mell through the house entertaining her cousins with a double ear infection.

I am wildly jealous of my daughter, but that’s a good thing. I’m giving her the best life possible and it seems as though she’s flourishing in it.

I wouldn’t want it any other way.

So, go ahead my little cherub, enjoy these days of being waited on hand and foot, and being free from self-consciousness. May neither of those things ever change. 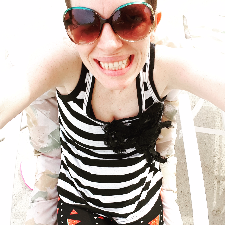 Lauren Wellbank is a thirty something wife, mother, and recovering cat enthusiast. When she isn’t too busy doing those things, she writes.