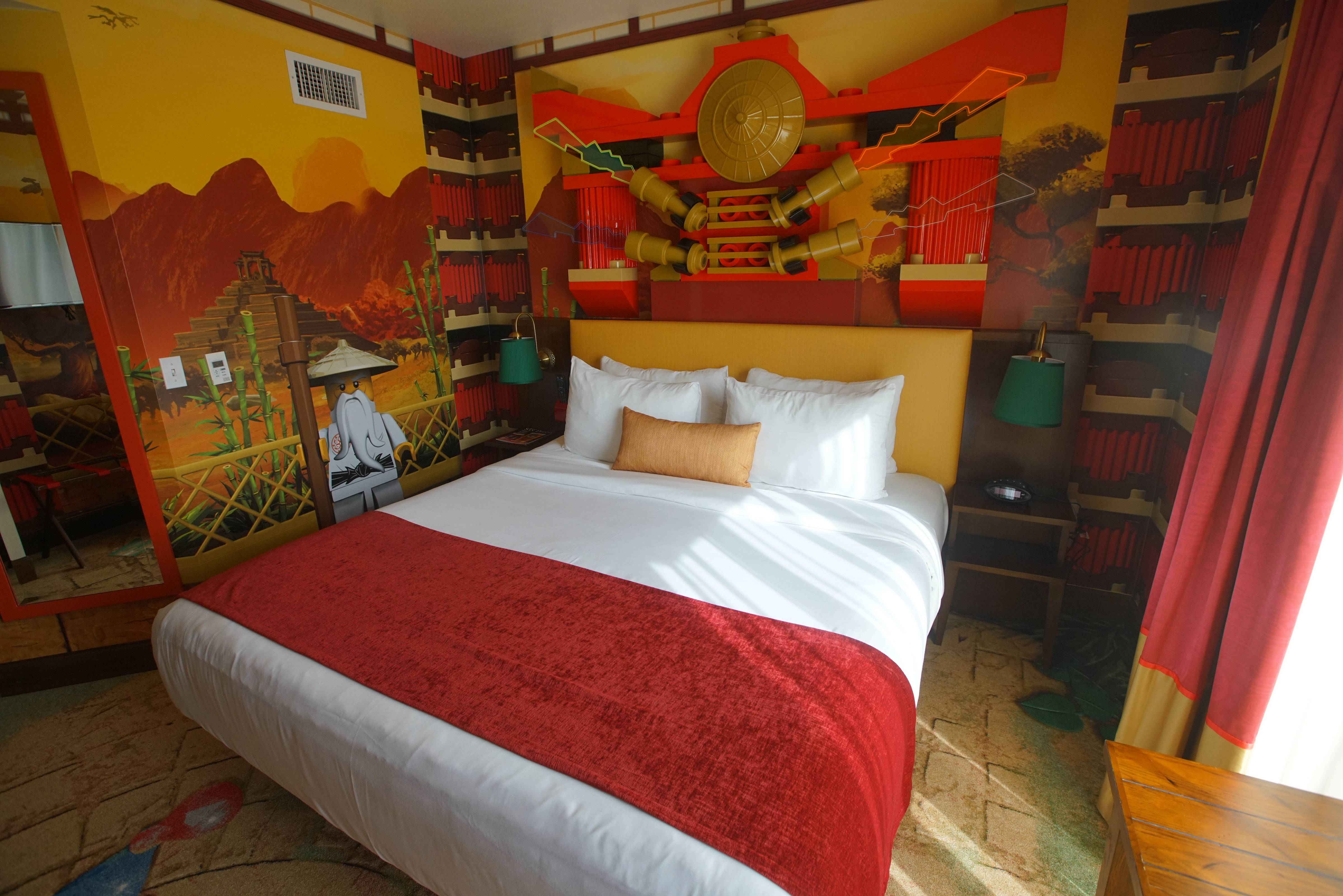 Do LEGO bricks runneth over at your abode? Then treat your building fanatics to an immersive stay at LEGOLAND Hotel’s new NINJAGO rooms. No details were spared in the design of these über fun quarters where kids can drift off to dreamland in a setting like no other. Read on for a first look! 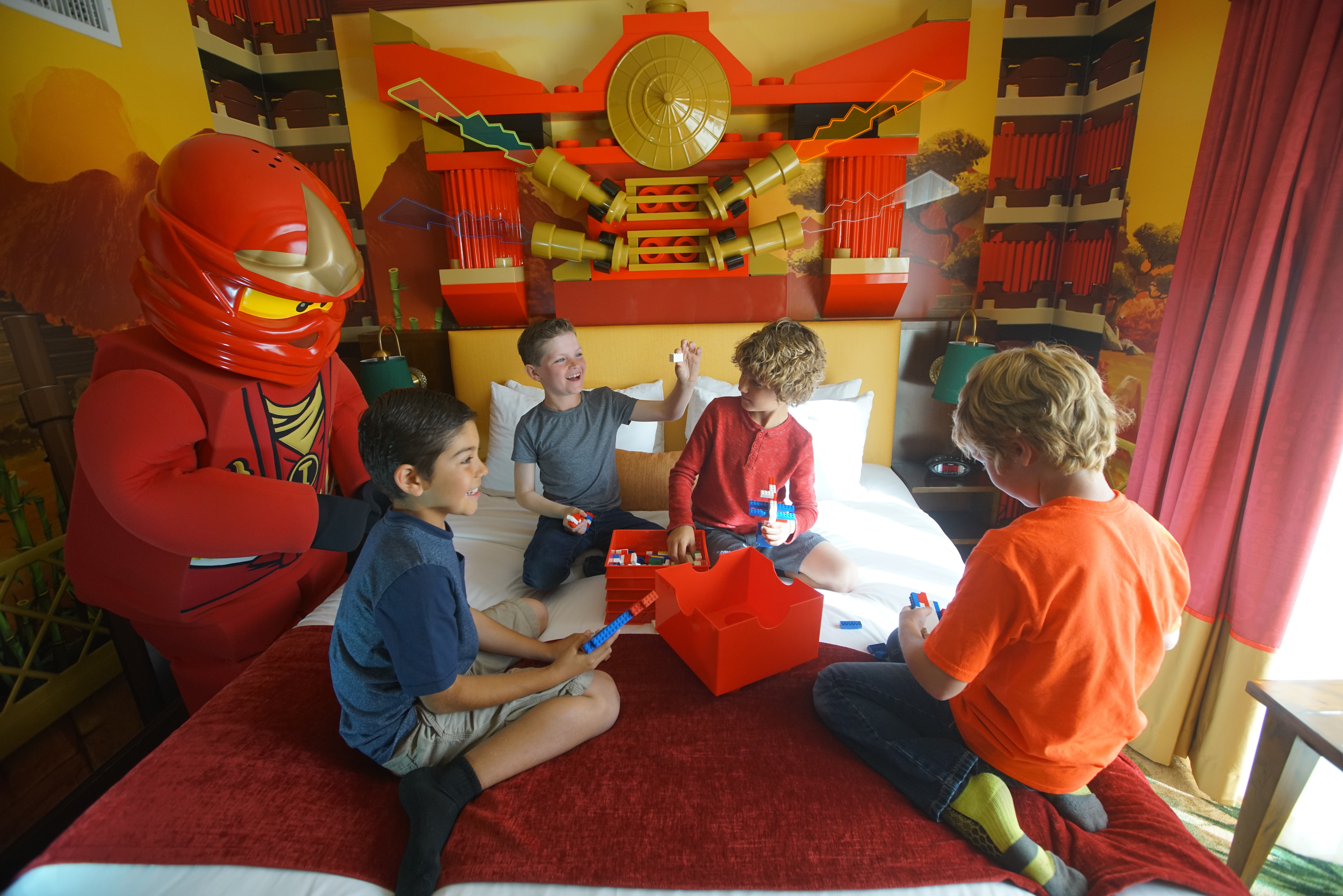 Kids will want the good times to keep rolling after a visit to LEGOLAND California Resort and NINJAGO World, so these sweet suites and rooms offer an extra special experience for ninja lovers. There are 18 NINJAGO-themed rooms and two suites where kids can spend the night with beloved LEGO characters including Kai, Jay, Cole, Zane, Lloyd, Nya and Master Wu. 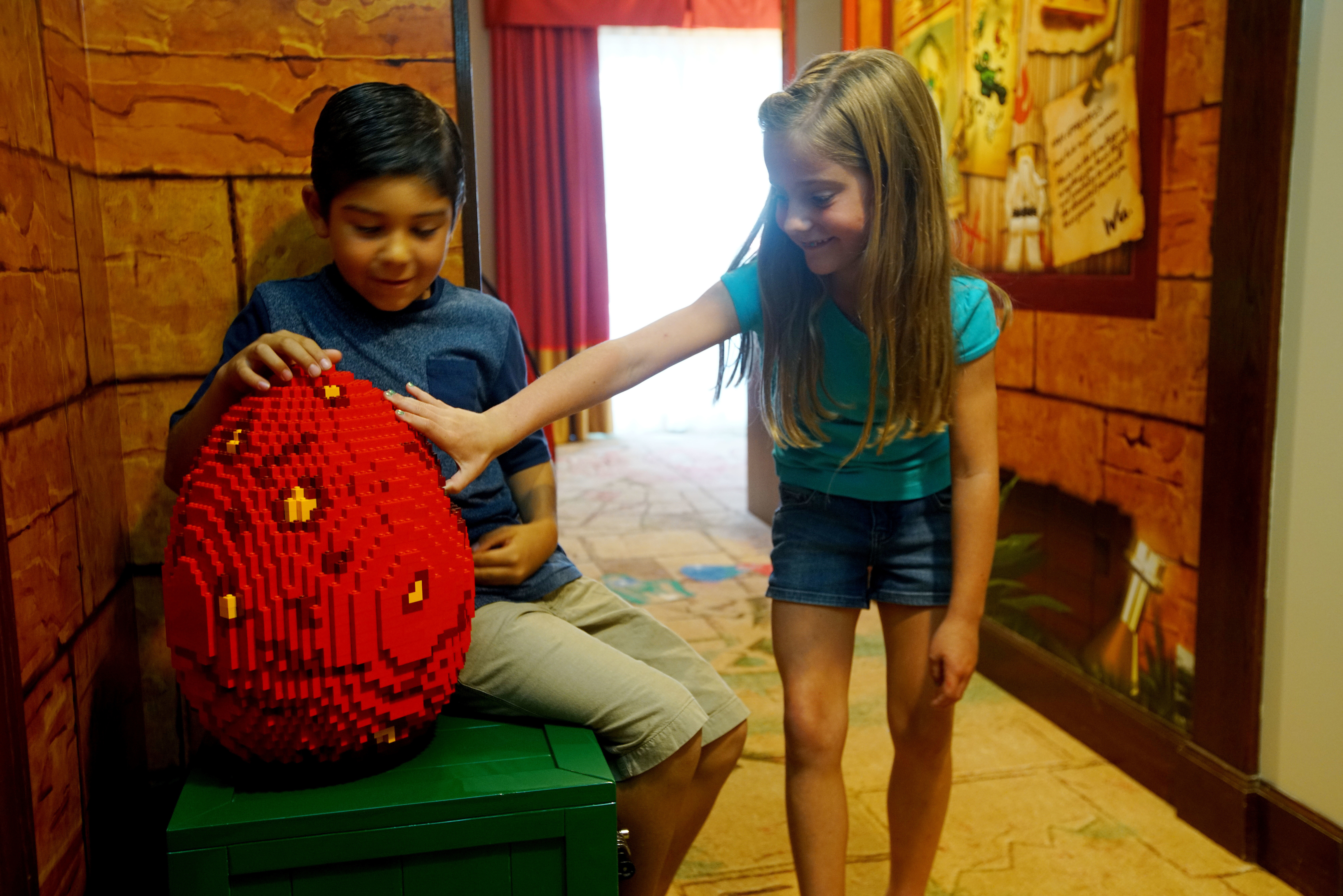 Little ones will get a kick out of the decor made entirely of LEGO bricks–– from Zane’s titanium falcon and a huge dragon egg to a ninja throwing stars and Nya’s helmet. 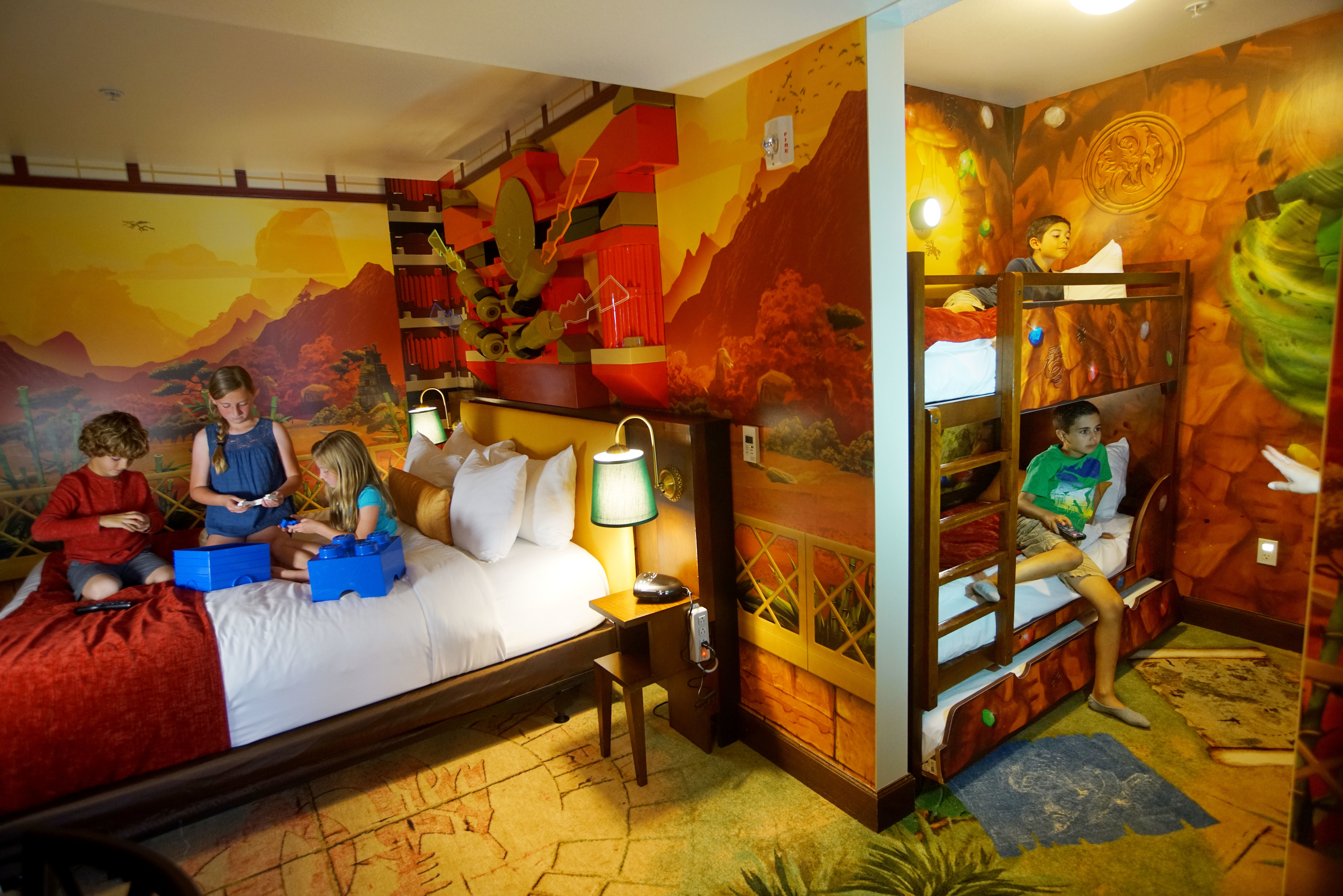 And what could be cooler than sleeping quarters complete with bunk and trundle beds that are themed as a dragon’s cave where ninja dragons prepare for battle (or alternatively, a good night’s sleep)? 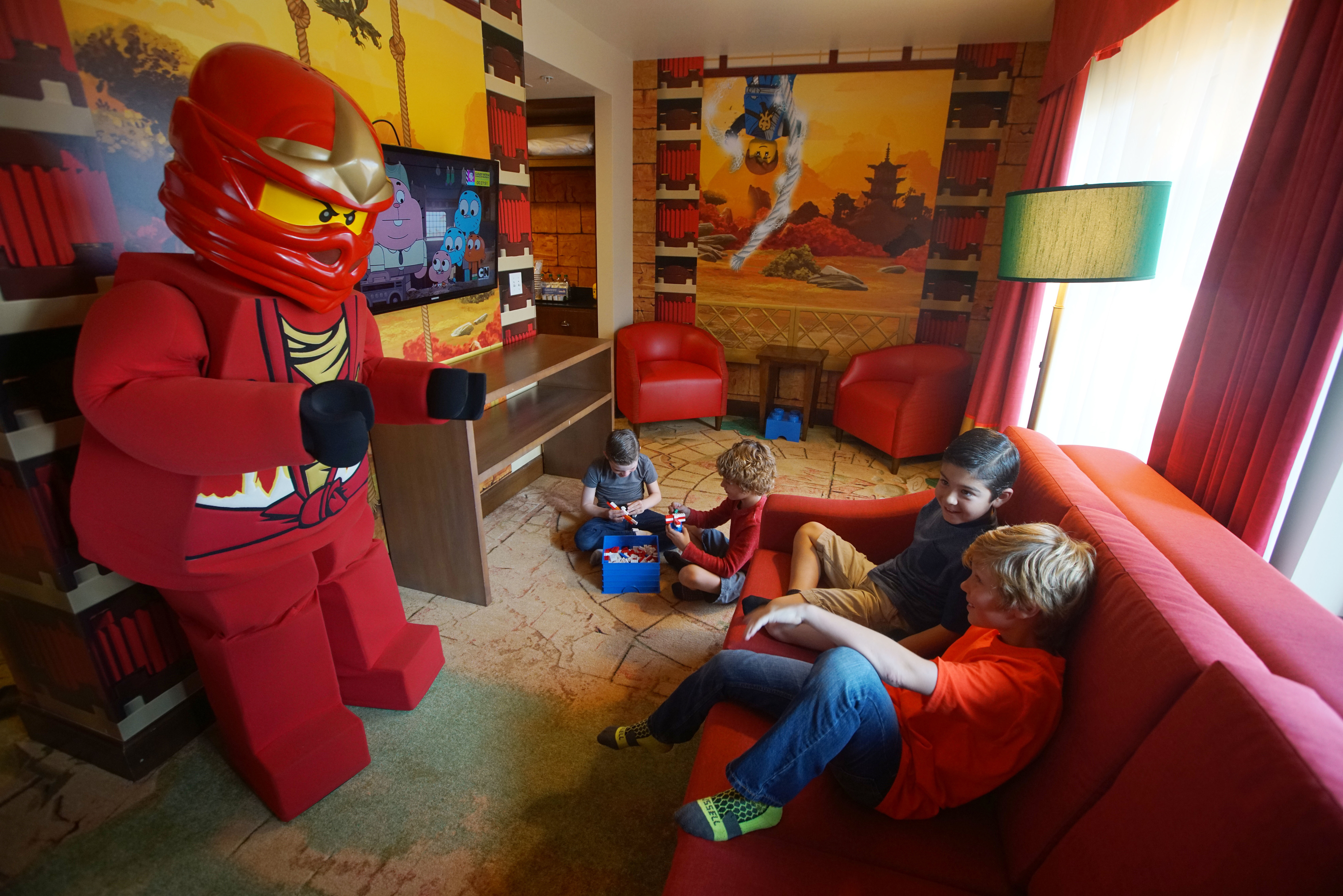 Of course the rooms also boast oodles of LEGO bricks to play with and a treasure chest hidden in a bamboo passageway that leads to the mountain temple. Kiddos will also dig the fact that they have their very own TV and games too.

Wondering where you’ll catch some shut-eye in all this ninja-style mania? There’s a king-sized bed for adults and the bed’s headrest comes complete with a shrine holding the four elemental weapons. Let’s hope that includes a sturdy pair of slippers to cushion the blow of stepping on those tiny bricks that are sure to be afoot!

Additional perks of staying at LEGOLAND Hotel include the fact that it’s located at the main entrance of LEGOLAND California for convenience and you’ll gain early access to the park as a hotel guest. You can also get a good jumpstart on the day with the free buffet breakfast at Bricks Family Restaurant, which you’ll need after staying up past bedtime to enjoy the nightly entertainment for kids.

Will you be booking a NINJAGO room?