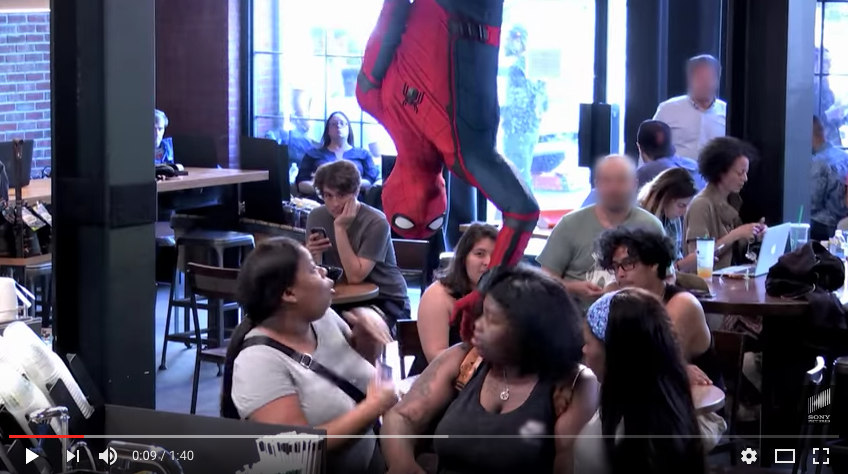 Now we know it: Spider-Man likes his coffee cold-brewed. At least, that’s what some unsuspecting New Yorkers found out after the webbed crusader himself literally dropped into a bustling Starbucks to pick up his drink.

The surprise appearance was the latest viral marketing campaign from the folks at ThinkModo, the agency behind such pranks as the robotic “Devil’s Due” demon baby freaking out New Yorkers and a hauntingly realistic Carrie terrorizing coffee shop patrons.

“I have a grande cold brew for Spider-Man,” the barista says calmly. It’s a cue for Spider-Man, who drops from the ceiling and subsequently scares the living daylights out of some nearby customers.

Click on the video below to watch the prank. (And watch closely for the cameo from Marvel originator Stan Lee!)

Are you excited to see the movie? Tell us in the comments below!