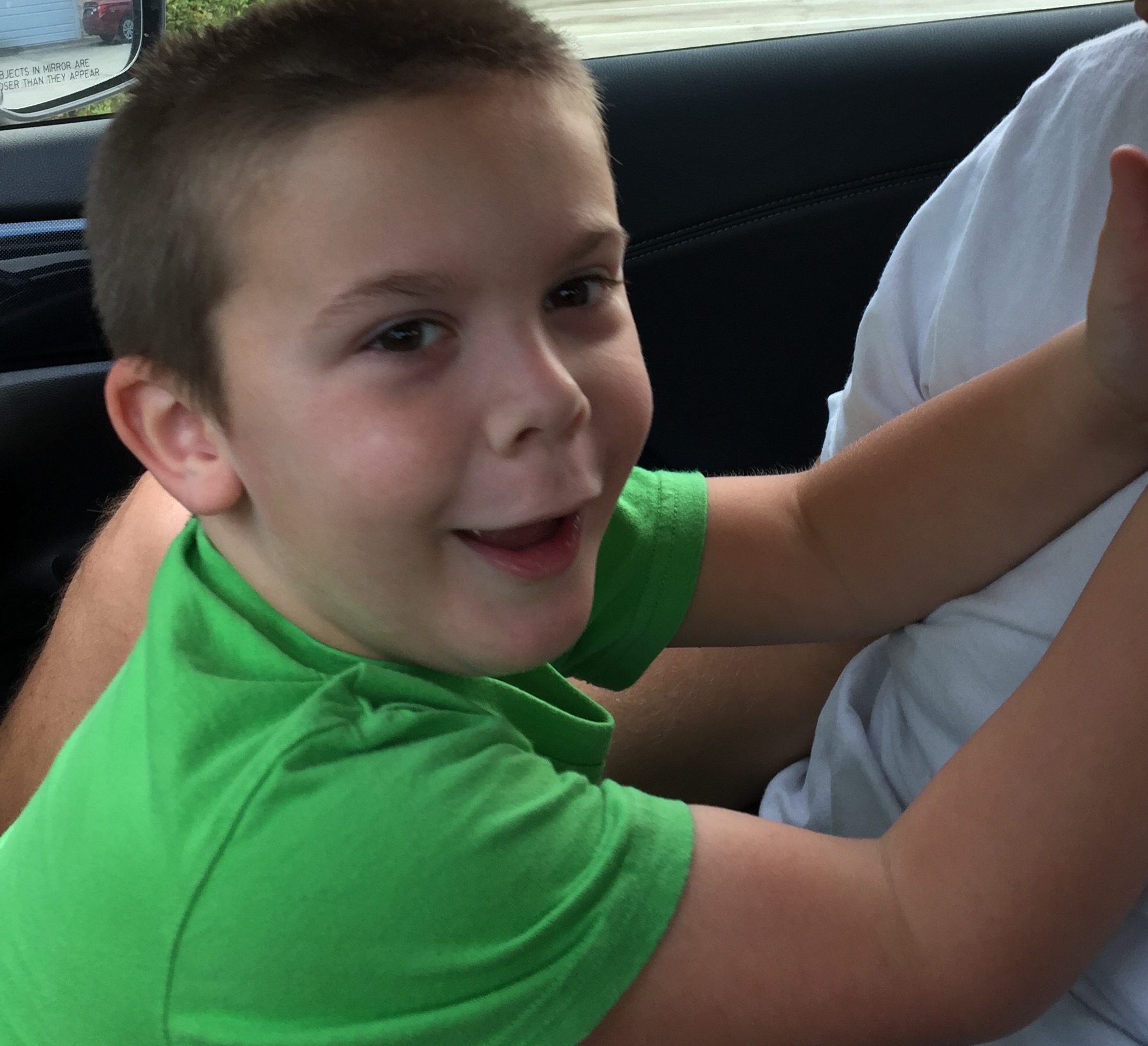 Recently I realized that I have this amazing super power. It’s not something that happened quickly, but rather a talent I have acquired over the last five years.

I can read minds. Well, one mind really…Drake’s mind.

Having a child with non-verbal autism has taught me many things, but I never knew it would teach me how to focus so intently on another human being that I’m literally able to read their mind.

I think all mothers and even some fathers have this talent in one way or another. When we give birth to these amazing little humans it doesn’t take long before we can discern which cry means hunger, which cry means pain, or which cry is a cry for simple attention. The first year of life is difficult for many parents because it is a constant battle to understand what their child needs. Then the words come. It begins simply with a cute little “ba-ba,” “da-da,” or “ma-ma.” That first word blossoms into many words pretty rapidly. Babies naturally want to imitate those they love.  Most babies are fastinated with talking and stare intently at your lips when you speak to them.  It’s almost as if they are thinking…”how do these big people do that?” My own mom has told me countless times about how frustrated I was as an infant when I would move my lips or open my mouth to talk and the words simply wouldn’t come. She said I would cry out in anger because I couldn’t talk. I was an early talker and had several words at one year old. My husband was a late talker and didn’t say his first word until almost three years old.

But what happens when you have a five year old that has not learned to use verbal language?

Well, you improvise. You develop this innate ability to be their voice. You watch their body language … listen to their breathing patterns, you pay attention to their surroundings, and after doing this countless times you can instinctively read their mind. Sometimes when we are riding in the car (a place where we spend the majority of our time) I can pick up on what is going on with Drake by the way his breathing changes. It could be that he is getting anxious because we are going somewhere new, or it could simply be that he wants a drink of juice. If I turn around to look at him he will either sign for juice, have this grimace on his face, or perhaps point at the DVD player because his video has stopped. It’s actually pretty cool, because I’m almost positive Drake knows I have this talent. He depends on me to be his voice.  He knows I understand him and he trusts me completely.

I can’t tell you the number of times that we have been in a new situation and Drake looks up at me, willing me to understand how he is feeling. He used to have this insane fear of movie theaters. It wasn’t the movie itself, but rather the whole process of getting inside the theater that caused him immense anxiety. One of the last times he was anxious in a movie theater I held his sweaty little hand in mine and remember vividly seeing him staring up at me with such intensity that it literally made my own heart speed up. He made me feel what he was feeling. He didn’t meltdown, he didn’t cry, but the expression on his face told me everything I needed to know. That one moment was an absolute game changer for me. I realized that he was terrified. I immediately picked him up (all 40lbs of him, at the time) and quickly made my way inside the theater to the seats.  Once seated he was perfectly fine.

Some people may call this being overprotective. Some may say I am enabling him. Some may say Drake is spoiled and he can’t learn because I do everything for him.  The world is full of judgement. It is easy to look in on our lives from the outside. I’m not sure how our lives look from the outside looking in. Nor do I care to be quite honest. What I do know is my child cannot always communicate how he is feeling. I also know him better than anyone else. That being said, if I tell you he is hungry….well, he is hungry. If I tell you he is sleepy, he is indeed sleepy. If I tell you he can’t visit your house because he isn’t in the mood to people, then accept it as the gospel. If we spend most of our weekends at home then realize Drake has a longer work week than most adults and I can tell he just needs to be at home and chill.

Drake is his own person. He is unique, funny, serious, an old soul, persistent, happy, charming, manipulative( in the sweetest way possible) and currently unable to make words come out of his mouth. I will read his cute little mind until the day I die if needed. I will be rude to you or anyone at times because I will need to tell you that you don’t understand him. I’ll need to tell you to back off, because that is the vibe he is sending me.  We will sometimes leave early, arrive late, or not show up at all because he has told me with his mind that he just can’t. He isn’t being a brat and I’m not enabling him. Sometimes the way our world operates is too much for his mind to comprehend. The world is too busy. People are too loud. Houses and places have weird smells or noises. Or, maybe he just doesn’t like you. God help us all when he  does figure out how to make his brain and mouth work together because sometimes his little face needs deliverance. I can’t imagine what will actually come out of his mouth.

Having a super power can be exhausting. I have a hard enough time trying to control the words that come out of my mouth, and I surely can’t control what is rolling around in the mind of a five year old. God knew what he was doing when he gave me Drake. He knew I would understand him completely. He knew I would say what needs to be said and do what needs to be done. I may not wear a cape, but I will speak for this child as long as he needs me. No matter how tired I am, I will fight to make sure he is heard.

My super power is mind reading and I absolutely love what Drake allows me to see and hear every single day.

Mama to Drake and Lexi (Passed away in 2004 from CHD).   Drake was diagnosed with classic/non-verbal autism in 2014.  We spend our days in therapy and on the road.  My husband and I have been married for 18 years and he is truly the love of my life.