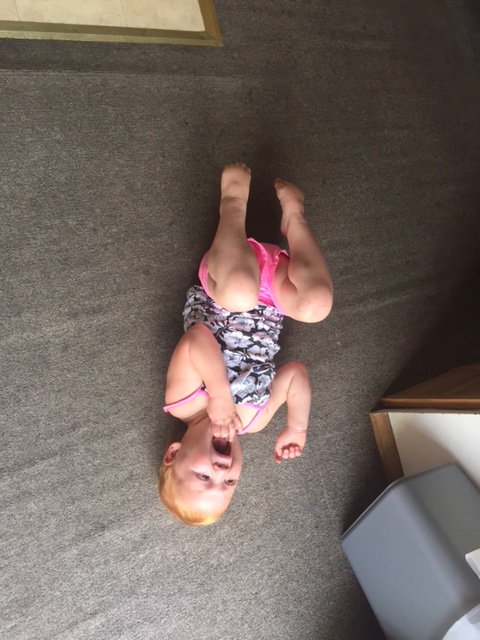 Just imagine what the world would be like if it was acceptable for grown adults to act like children. I mean actually acceptable…At work, at home, at restaurants, wherever. Perhaps it already is…I have witnessed far too many adults throwing tantrums and acting like toddlers in the workplace and in the general public. I fear that this behavior is becoming the norm. If I am being completely honest, I myself, have been known to throw a fit or two when I didn’t get my way, but I’m usually right (at least I think so). I’ve seen it fist hand…executives acting more ridiculous than young children who really don’t know any better. In my opinion, serious times outs are needed for those crybabies.

Like me, most toddlers want to rule the household. They lose their cool at the most inconvenient moments. They throw food, yell at people that annoy them, and just simply act like jerks because they can. They have a complete lack of inhabitation and a way of manipulating everyone to get what they want and exert control over everything. Sound like anyone you know? Unfortunately, I know too many. What if everyone, not just the really special people that don’t have to abide by rules, ignored the etiquette expected of  adults. What would happen if all adults acted like toddlers on a regular basis? What if we all had the honesty of a toddler, social awkwardness of a toddler, or worse, the temper of a toddler.  If only all adults could get away with some of the stuff that toddlers do.

• Chewed up our food and just spit it on the floor and walked away. Left it for someone else to clean up.

• Convulsed and thrashed about like a bizarre, intense interpretive dancer when you didn’t get your way.

• Scratched, bit, or throat punched anyone that irritates you (this one is tempting, so very tempting).

• Had a complete lack of personal space….I hate close talkers. Or just lurked and stared at strangers for a little bit too long.

• Got frustrated with something, and just said “I’m done”. Throw it on the floor and ran away crying. (I may have been guilty of this one a time or two…)

• Held our breath until we got what we wanted. Works for two-year-olds…and I’ve seen it work in the workplace as well.

• Flat out told people when you didn’t like their clothes and thought they looked fat.

• Stopped dealing with stress in acceptable ways. Instead, you screamed and cried in public…so, so loud simply because you can (again, I’ve worked with folks who did this regularly).

• Asked “why” for everything.

• Removed your pants because you didn’t want to wear them anymore…no matter where you were.

• Threw our plates across the room when we didn’t like the food or when we were “done”.

• Ate our dinner in the middle of the kitchen table.

• Took a nap whenever and wherever you wanted to (Like an IT guy I once knew…at his desk EVERY DAY).

• Wiped my snot and boogers on anything that was in my hand at the moment.

• If someone asked you to come to their office, room, etc…look them straight in the eye, smile and then run the opposite direction and said “get me”.

Although “acting like a toddler” works well for actual toddlers, as an adult, you look like a dill weed throwing fits and acting like an a—hole when you don’t get your way. Adults, let’s raise the standards a little, especially at work.  Let’s set an example for our children. So crybabies (including myself from time to time), GROW UP. Get over it. Now go to time out.