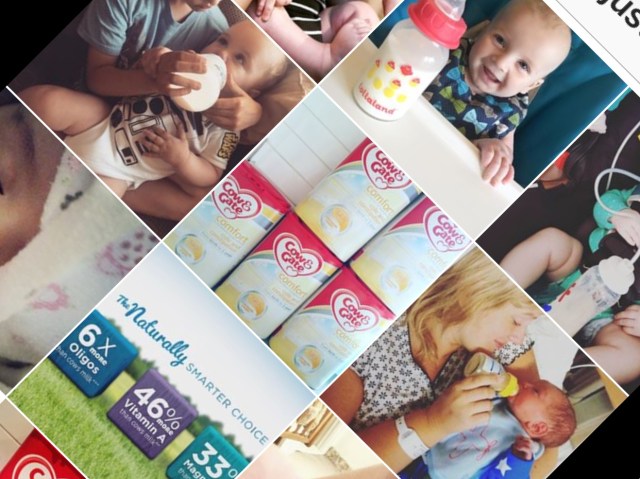 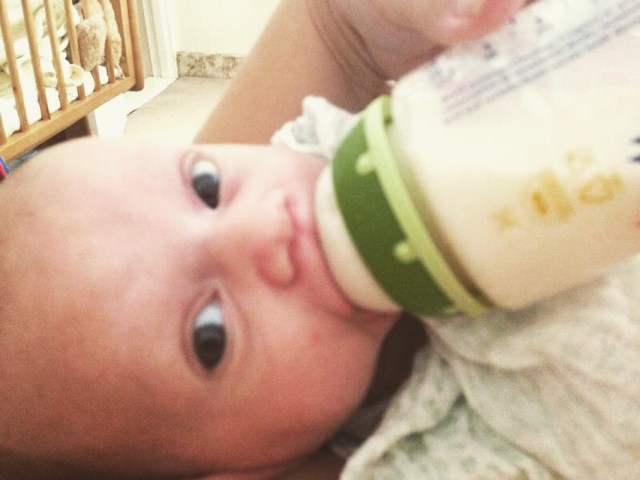 About a month ago, I did something that was a massive game-changer for me. I published a post called ‘Breast Brigade’ which was aimed to be a light-hearted read with a message about the huge amount of pressure there is for mothers to breastfeed their baby. I was writing about my own personal experience of the guilt and shame I felt for having to bottle feed my son as a result of the relentless promotion of breast feeding your baby. I acknowledged that breast milk is the best nutrition for your baby, however I am a woman who is physically unable to breast feed due to a condition called Poland Syndrome, so I was therefore writing the article in frustration of the lack of support and understanding towards bottle feeding mothers, as well as highlighting some of the judgemental and critical comments made by narrow minded people.

I had hundreds of lovely messages from mothers who related to my original story ‘Breast Brigade’. There are so many reasons why a woman may bottle feed their baby, whether it’s through their own choice or necessity. Sadly, I also suffered a backlash from women who completely misunderstood the message and took my story as an attack on breastfeeding mothers. This was not the case at all. It really shocked me how vile these women were to me; personally attacking me for speaking out about bottle feeding in a positive light.

In no way did my article give advice on feeding a baby and it certainly didn’t try to discourage anyone from doing their own thing. It was frustrating that women were reading my personal story and then feeling the need to bombard my website and social media with yet more statistics that could make bottle feeding mothers feel even more guilty for being unable, or failing, to breastfeed.

In the end, I had to make this statement in defence of the article:

“I have absolutely no negativity towards any mothers who can breastfeed. Feed your baby however, whenever you can!! At no point have I, or am I, slating women who can breastfeed. We are all on the same side. A side that provides the best nutrition we can give for our babies.  This article is to make struggling/unable to breastfeed women have just 1% of the international support that breastfeeding women have.”

After releasing this online, all the hate and criticism seemed to disappear. (I also said that harmful and negative comments towards bottle feeders would be instantly deleted, so maybe they just gave up!)

Anyway, I ended up researching into the support networks available for bottle feeding mothers and I was shocked to discover only a handful of online support forums; none of which are in the UK. It truly seems like I stumbled across a taboo subject within the parenting world, which is terribly sad. Breast or bottle, all mothers should be supported and encouraged to feed their baby to the best of their ability. The division and debate of Breast vs Bottle shouldn’t even exist.

With so many fantastic campaigns for breastfeeding mothers out there; National Breastfeeding Awareness Week; The Be a Star campaign; Start 4Life (NHS) campaign; Unicef Breastfeeding Support… (these are only a very few, there are literally hundreds), I thought it was about time something should be available for bottle feeding mothers to celebrate and take pride in their feeding method.

So, let me introduce you to the #dontjudgejustfeed campaign; promoting positivity and support for parents who bottle feed their baby, whether it’s out of necessity or choice.  I’m encouraging women to share their feeding story and a their beautiful bottle feeding photos on Instagram, Facebook, Twitter – anywhere – using #dontjudgejustfeed Breastfeeders and people without children, can join in too and show their support for bottle feeders by uploading a photo of a baby bottle.    As I mention across the campaign, this isn’t an attack on breastfeeding – it’s simply someone trying to create a safe place and start a network to support bottle feeding mothers as there is little to no support out there. There are so many reasons women bottle feed their baby and this whole campaign is geared to promote positivity and to say ‘Hey, it’s ok if you have to bottle feed your baby. You are just as amazing as any other mother out there’   So I’m approaching all the wonderful readers at Red Tricycle to please join in the campaign by sharing your photos and stories  with the hashtag #dontjudgejustfeed

I truly hope you haven’t had to experience the judgemental looks, critical comments and the feelings of shame whether you bottle or breast feed. But it does happen and we should be united in supporting each other. Motherhood is hard enough without additional pressures from others. Just read some of the other articles on Red Tricycle to see what a crazy ride motherhood can be!

Make sure check out the full story behind the #dontjudgejustfeed campaign.