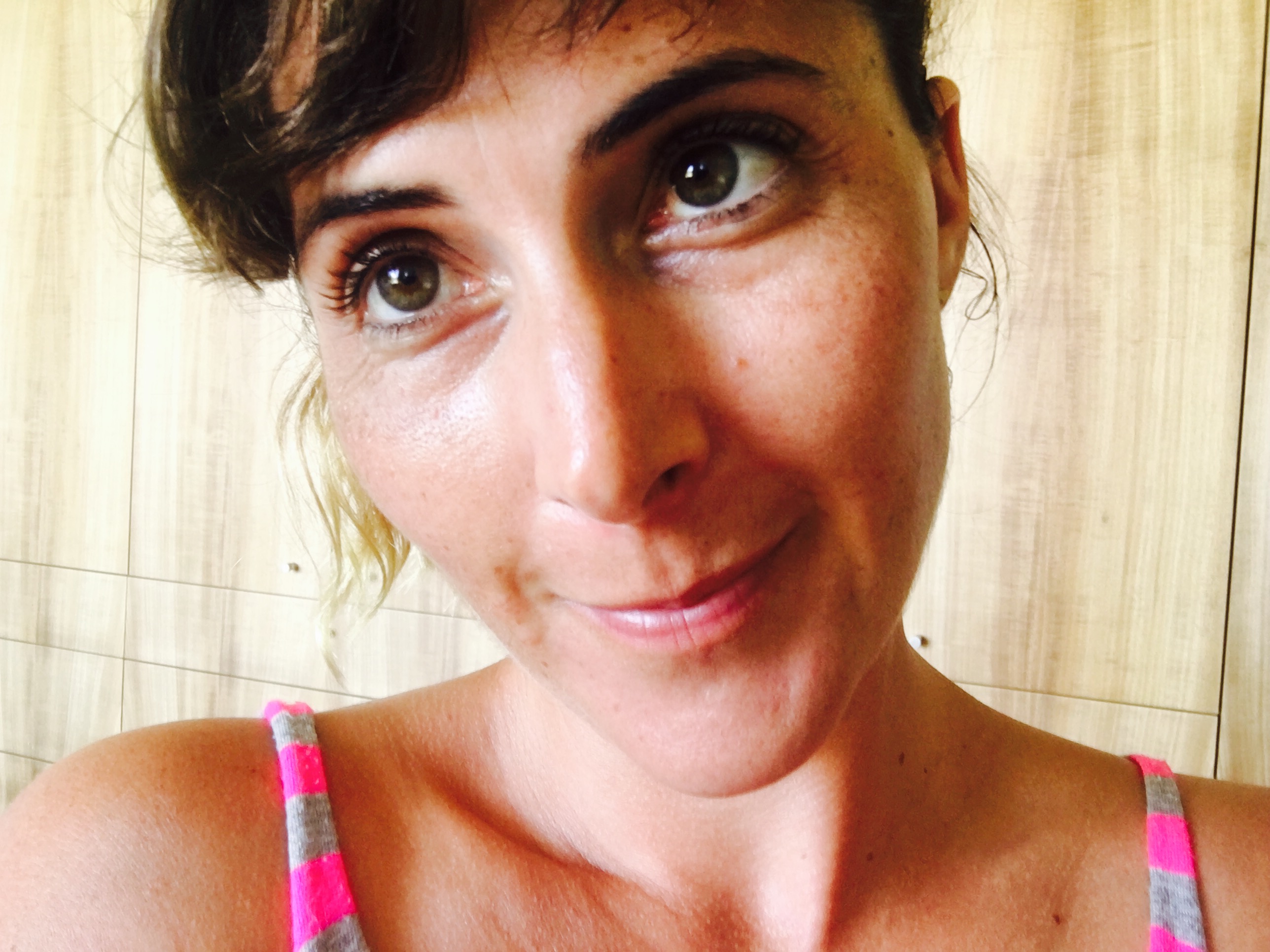 We moved back to Berkeley, California from Brooklyn, New York because we wanted to start a family. It was a long, hot drive across the country with our furniture and our dog. Gas prices had skyrocketed. Every time we left the air conditioned cab of the U-Haul and swam out into the oppressive humidity of Ohio, Missouri, Kansas to fill up the gas tank, it cost over $100. When we reached our final destination, Berkeley felt provincial and I was sad. We laughed about the euphemism “trying” for a baby. We tried. It worked.

How is it that children are so happy and loud and curious upon waking?

I peel myself out of bed and begin the sprint, no, the relay. I do not know the correct track terminology, as I was never much of a runner. Let us just say from the moment my feet touch the cold floor, I never stop moving quickly. Even though I have tried to teach six-year-old Milo and four-year-old Ruby to pee immediately before and after sleep, I rarely allow myself the same luxury. I hurry downstairs, bladder full, toes icy, hair sideways, breasts flapping, and pick out clothes for the kids, the creative part of my morning. Milo is indifferent to my clothing choice, thrusts his limbs in while flipping through the pages of his baseball card album. Ruby almost always vehemently rejects my choice for her, screaming and flailing like it is an emergency.

“So, I’ll pick up Ruby and meet you back here at 5 before Milo’s practice,” I say to Mike, my voice still scratchy from waking.

“Do you know if we have any cream cheese?” he answers.

I get out the cream cheese from behind the hummus.

“Remember how I proposed you get Milo ready and I get Ruby ready? Can we try that, please, today?”

“Here we go again,” Mike says, turning away. “Milo! Get ready for school!”

Mike goes upstairs to take a shower, leaving me downstairs with the two pajama-clad children.

Mike has already been awake for some time unless he went to his masters swimming practice or is hungover or meditating or daylight saving time screwed everything up. He often prepares gorgeous gourmet breakfasts. But the children haven’t necessarily eaten. There has probably been an altercation about healthy eating. I toss granola bars and tubes of Disney-branded organic yogurt in the general direction of our offspring. Place an icepack in Ruby’s balanced lunch, packed last night. Leftovers in a bag for Mike to eat. Milo gets the school lunch, thank goodness, which he alone calls “hot lunch,” though since we live in Berkeley, it is actually called Nourish You.

The hours I spend with my children each day feel full to bursting. I leave the dishwasher half unloaded because something called me into the bathroom, where plunger action is required, and there is toothpaste everywhere, including the underbelly of a shelf, which inspires me to bring loaded overly-gendered light-up toothbrushes—pink princesses on Ruby’s, blue and white soccer balls on Milo’s—to the kids, who are really quite horrible at independent brushing, despite the songs I have taught them to sing in order to brush long enough: “On top of spaghetti, all covered with cheese,” to the tune of “On Top of Old Smoky,” I think, though I have no clue about where that refers or how I came to know that particular ditty. I melt a little when while brushing they sing “Part of Your World” from The Little Mermaid because I memorized that one in 1989, a lifetime ago: “Betcha on land, they understand, and they don’t reprimand their daughters…” my 4-year-old gurgles.

Then, of course, there is the dog to let out and back in, or he will bark sharply, awakening the Airbnb guests in the garage.

Some days all I do (other than work full time as an elementary school teacher) is clean up messes. Broken wet crayons are disintegrating under the table. Birdshot Legos have been sprayed across counters, scraps of paper sprinkled festively next to crisscrossed markers without lids. Crusty pans are impatient in the sink. The sibling cats we acquired by accident have kicked litter dust in a wide radius.

Other days, my home is a feng shui manual. Surfaces shine in the late afternoon light, each gleaming utensil in its proper place. The children brush their own teeth and all on their own dress themselves in mismatched outfits completely unfit for the weather. My husband makes me an omelette the way I like it, without mushrooms. The cats are curled tightly in a warm corner like skeins of yarn.

Mostly, though, it is messes.

When I discuss with Mike the need to divide and conquer in the mornings (and in the evenings and on the weekends and during week-long school holidays), he nods his head encouragingly. “You’re so great,” he says. “I love you,” he says, nodding off on the couch.

And the next day the sprint/relay begins again. 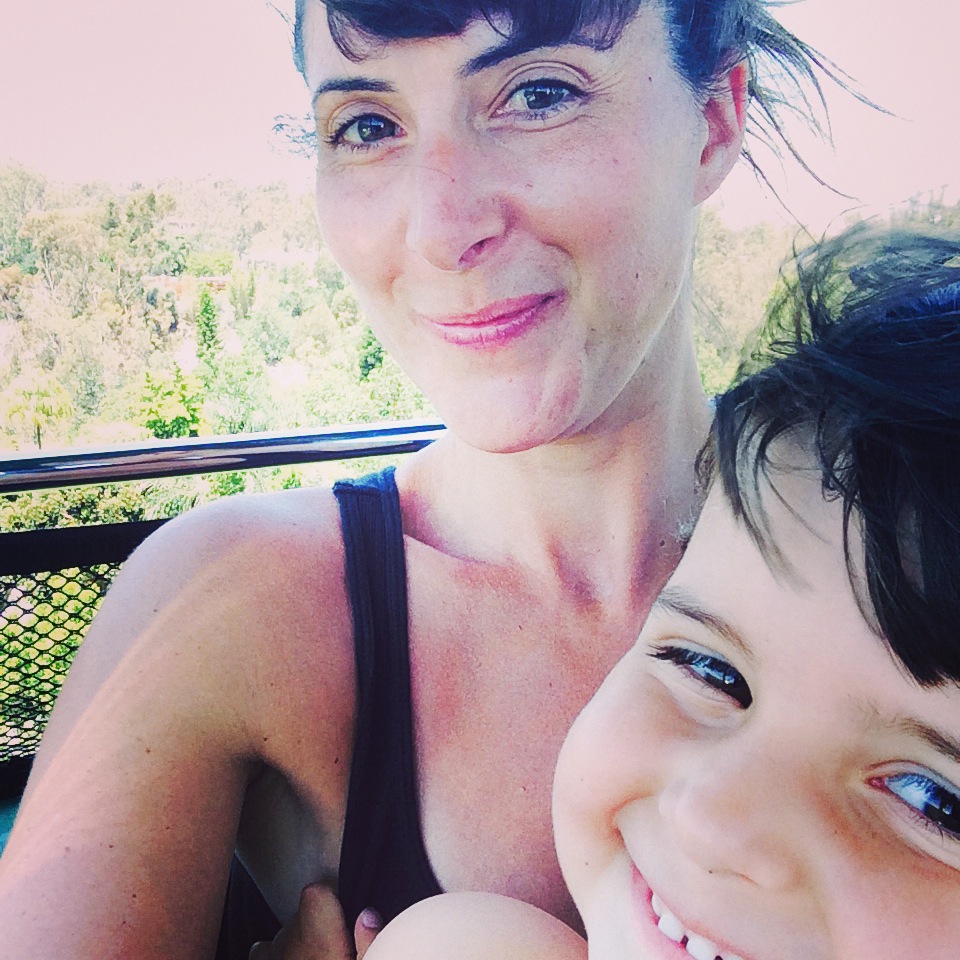 Leila Sinclaire is a mother, writer, teacher, and educational consultant in the San Francisco Bay Area. She tries not to let her children run indoors, but almost always fails. Check her out at www.sparkjoyconsulting.com or follow her almost nonexistent tweets @leilasinclaire.