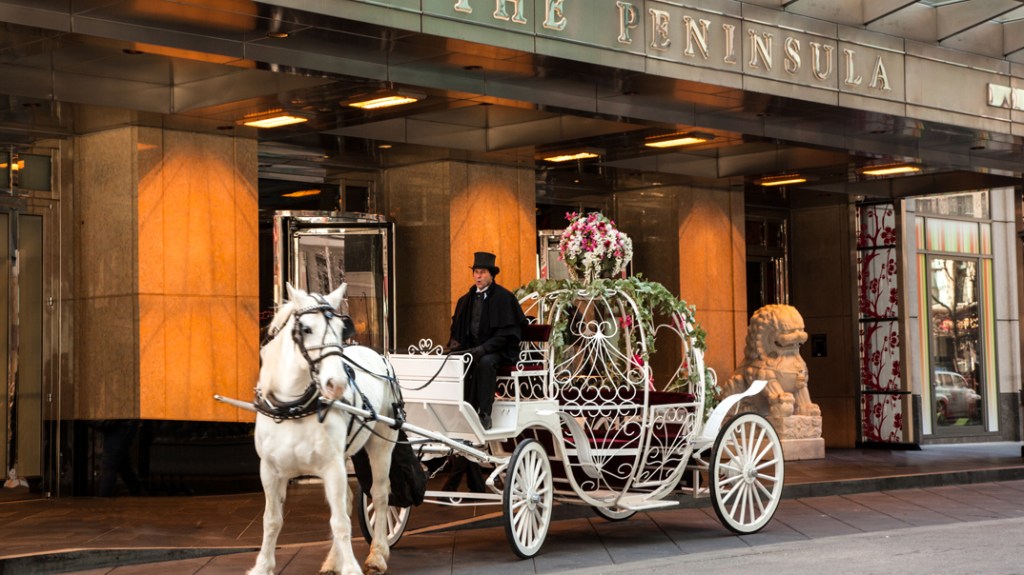 In case you wanted to totally blow your daughter’s mind, there’s a hotel in Chicago that will basically turn her into a princess for 24 hours. Parents willing to shell out $6,000 can treat their daughters to a day of royal treatment in what has to be one of the most extravagant hotel perks in the world. (It was listed as one of the “most outrageous” in this rundown from Cool Mom Picks.)

The Peninsula Chicago hotel’s “Princess for a Day: How to be the Perfect Princess” program has everything a little princess would want out of 24 hours, from a staff of attendants doing her hair and makeup to a horse-drawn, pumpkin-shaped carriage ride around the city. Based on the description on The Peninsula’s website, here are just a few of the things on the itinerary for the Peninsula’s uber-pampered tots:

Arrival: Each princess-in-training is greeted by a staff of attendants and given a proper princess attire for the day.

A makeover:  Attendants do the princess’s hair, makeup and nails, followed by measuring and fitting her for her own gown and tiara.

Etiquette training: The princess attends a basic etiquette class where she learns how to act like a proper princess. This is concluded with a tea time where the little lady can test out her newfound courteousness.

Carriages and a shopping spree: The princess departs the hotel in a white pumpkin-shaped carriage and heads to a nearby shopping area for a shopping spree (maybe this part accounts for the $6,000 price tag?)

A fairy tale ending: When she returns to the hotel, Prince Charming awaits with glass slipper in hand  (We’re. Not. Joking.). She is then given the “keys to the kingdom” and gets to go back to her royal suite for bedtime.

Then, we assume, she’ll live happily ever after.

If you had the money to do this for your child, would you? Tell us in the comments below.