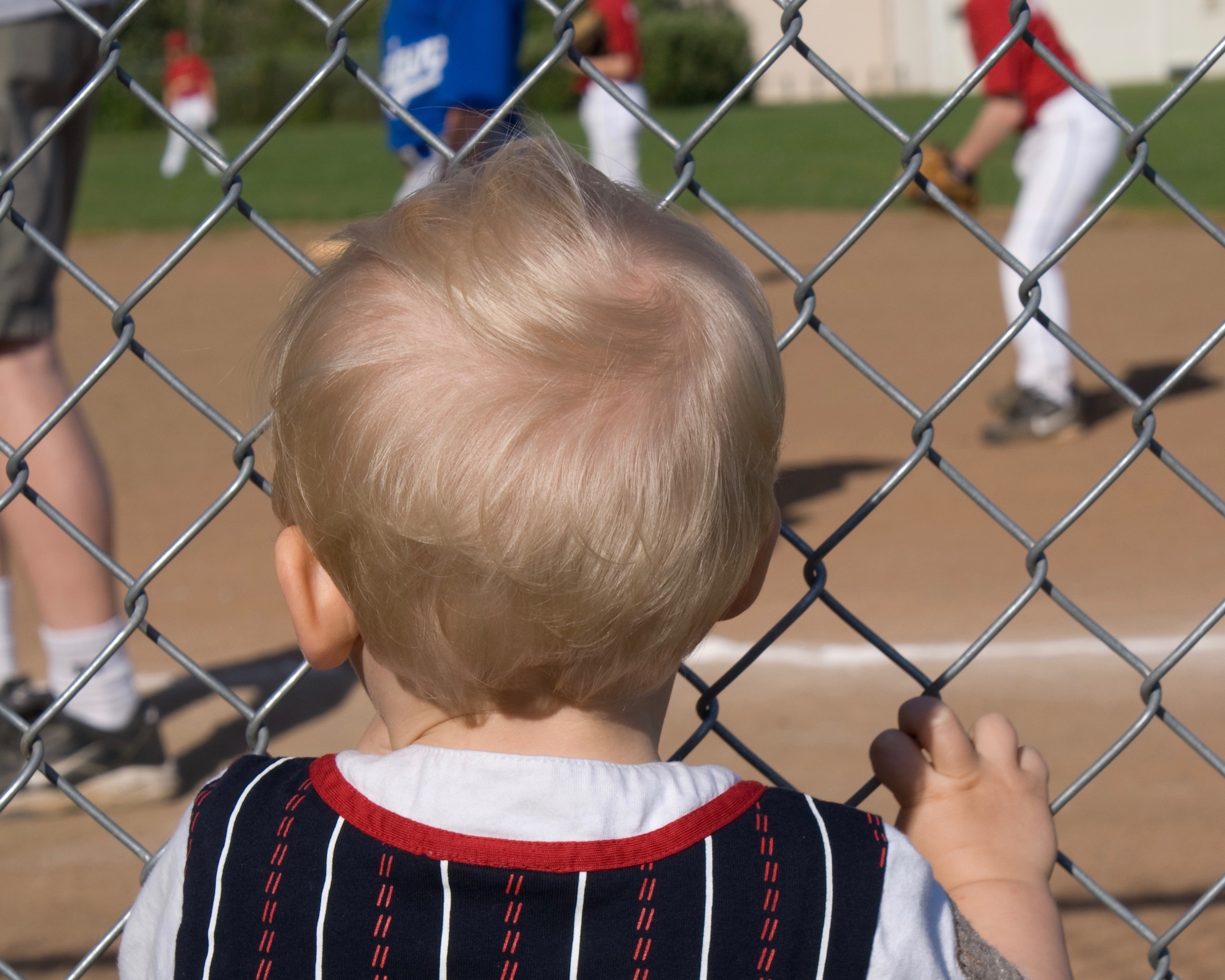 I’ve been lucky enough to be surrounded by your kind all my life, as a nanny, teacher, and parent. Sadly, your numbers have dwindled over the years.

Newer, less engaged, increasingly self-focused and disconnected versions of you seem to be taking over; usually staring at some sort of screen and wishing they were anywhere but where they are.

Just when I thought your species might be on the brink of extinction, you turned up at my son’s Little League game.

My youngest son spotted you immediately; as we approached the play structure next to the field where my older son was playing baseball. He was laser focused on “befriending you” while I distractedly divided my gaze between him zooming ahead on his scooter, and his older brother’s turn at bat.

As far as I could tell there were no adults watching you, and seemingly no bribery involved. You were the very definition of integrity, doing the right thing when no one was looking; save for the small crew of tagalong siblings strewn around you on swings and climbing ropes, transfixed and unmoving, while you explained whatever fun activity was coming next.

Before I could catch up, my son abandoned his scooter and rushed through the playground gate still wearing his bulky, green helmet: a comical contrast to his lanky 4-year-old frame. He darted over, a can’t-miss neon green cake pop, and squeezed into your group. He was instantly captivated by your gentle manner—and willingness to play with him.

My son is a hugger, an “I love you”-sayer, and a wearer of hearts on sleeves. Above all else, he’s a worshipper of older boys, “Big Boys” like his brother, like you.

Frequently, he’s met with confusion or retreat, as I remove his dejected, often crying body from the personal bubbles he so readily invades. A visceral need to declare “Big Kid” status is a rite of passage, I get it. But each time he’s rejected, I wonder, Would it be so hard to humor him…just a little?

I’m used to un-peeling him from whatever leg or waist he’s tangled around, and explaining that not everyone wants a hug, or high-five; or to give a clingy, sticky-faced kid, one-third their age, the time of day.

But I didn’t have to do that today.

You didn’t cringe when my son joined in, tagging along like a lost puppy. Instead, you smiled, laughed, and engaged with him. Not just him, but several pint-sized, younger siblings who were hanging around, just like you, while their brothers played baseball.

Looking up to you with wide-eyed admiration, a hodgepodge crew of younger siblings hung on every word as you explained where to run safely, and what areas were off limits; further establishing yourself as the holy grail of “Big Boys.”

You enthusiastically began a game of “Monster Chase”; which from what I gathered, is full of chasing, growling, and tagging…obviously The. Best. Game. Ever.

But I don’t need to tell you that; your kind knows these things.

What you don’t know, is that the little guy euphorically chasing you around in his big green helmet is needy. Not in the draining, whiny way; but in an always-asking-questions-or-needing-snacks kind of way. Also, in four years he’s had three concussions, skin glue, and several X-rays—so he requires my focus.

I often miss my older son’s special moments when, inevitably, I look away at the last second while his brother scales the bleachers, crashes into someone on his scooter, or spills his yogurt all over himself. By the time I turn around, my oldest is on a base I didn’t see him run to, after hitting a ball I never saw fly through the air, or tagging a runner out after a diving catch, that I never saw him make.

I miss most of it, even though I’m right there.

Today while my littlest was squealing in delight as you pushed him on the swing, I inched away toward the bleachers behind home plate, where my oldest was at bat.

I watched him concentrate as he swung at strikes and stepped away from balls. He had my undivided attention, as he decisively took a swing at the last pitch and sent it flying into center field. I saw his face as he ran the bases smiling out loud; while his teammates’ cheers rang from the dugout. I saw him in his element, doing what he loves; the way we all want to be seen—and I would have missed it all, if not for you.

I bet you didn’t think twice about what you did today; playing with a bunch of kids less than half your age.

You weren’t distracted by texting, social demands, or #lookingcool. Maybe you had a game already and were tired, or hungry—stuck here waiting for your own brothers to finish up.

Instead of worrying about what else you could be doing, or where you’d rather be; you were present.

With patience, kindness, and inclusion, you showed a handful of future yous how to be the very best version of a “Big Kid” when their time comes.

There’s an age, and you’re teetering on the cusp of it, when it’s tempting to lose touch with all generations but your own. Don’t. You need us. And we need you.

We need more of you in our village.

We need more of what you did today. More willingness to ask what we can offer others, instead of what they can offer us. More connection with the world around us, free of distraction.

I worry about your generation, and my sons’ to follow. I wonder what you’ll lose in childhood, as we plunge deeper into technological disconnect. But not today.

You may be a dying breed, but you’re still out there; and that gives me hope for us all. 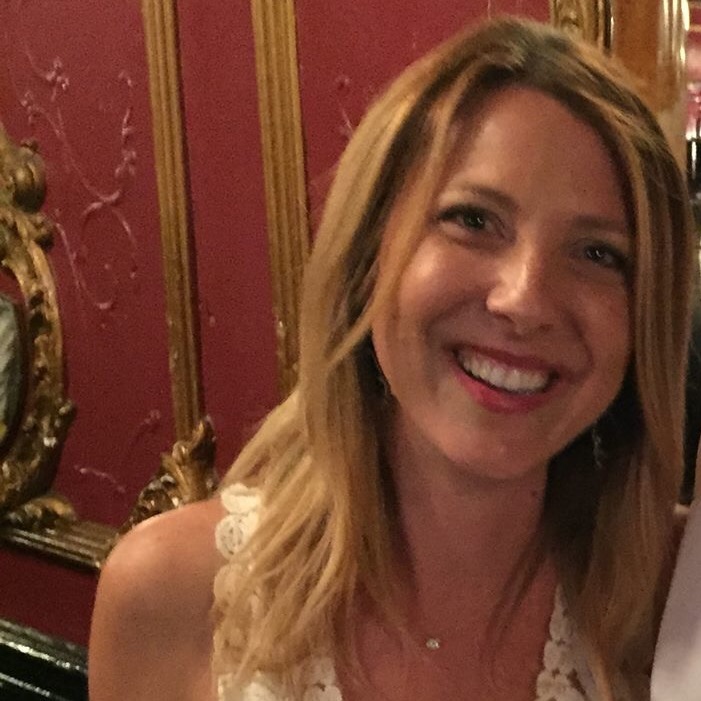 Jacque Gorelick is the mother of two boys. When she is not overrun with children and to-do lists, she can be found consuming large amounts of caffeine or hiding from her kids, writing. Her work can be found on HuffPost, Popsugar, Mamalode, Scary Mommy, and on her blog writewhereiam.com.