Twins. They have that special connection. Right? Well, sisters Corey Struve Talbott and Katie Struve Morgan certainly do. Not only were these twins pregnant at the same time, but their babies were due a mere 10 days apart. The duo staged a gorgeous maternity photo shoot, twinning in flowing blue gowns. And a year later, the stunning sisters marked the one-year birthdays of their baby girls with a photo redo. Check it out below! 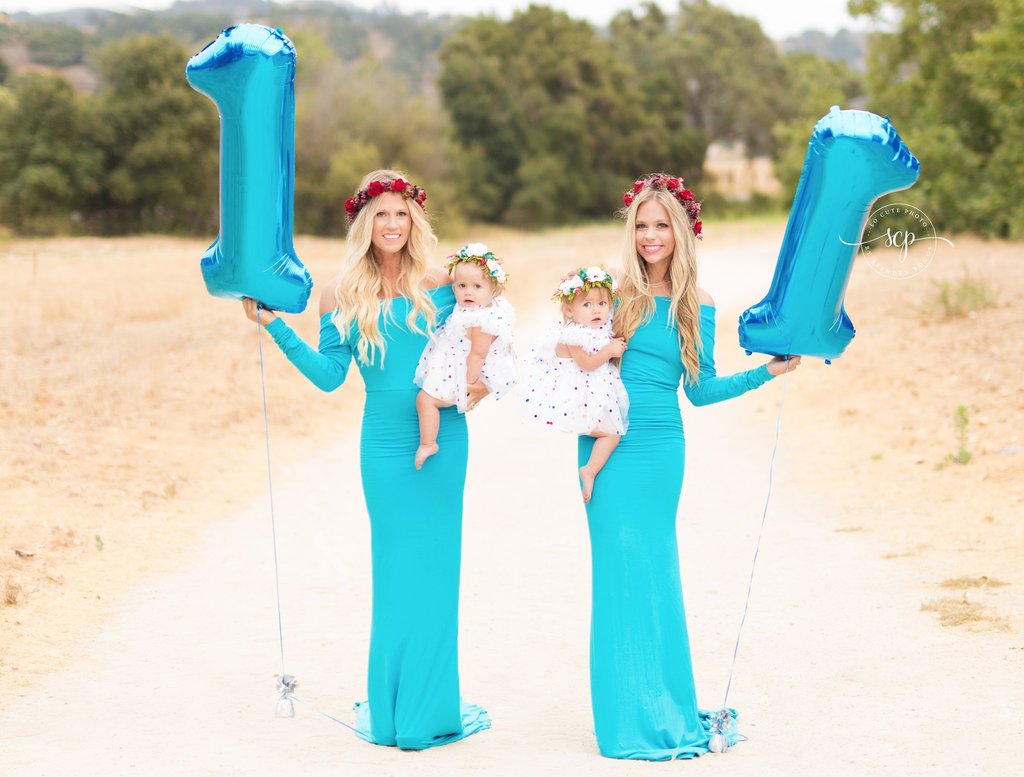 Okay, so the Struve twins were all set to have their babies 10 days apart. But in a twist (and when doesn’t that happen during pregnancy?), the mamas-to-be gave birth on the same day. Whoa — times two! As it turns out pregnant Corey was on her way to the hospital to take photos for Katie. When Corey didn’t show, her twin began wondering what could keep her away. 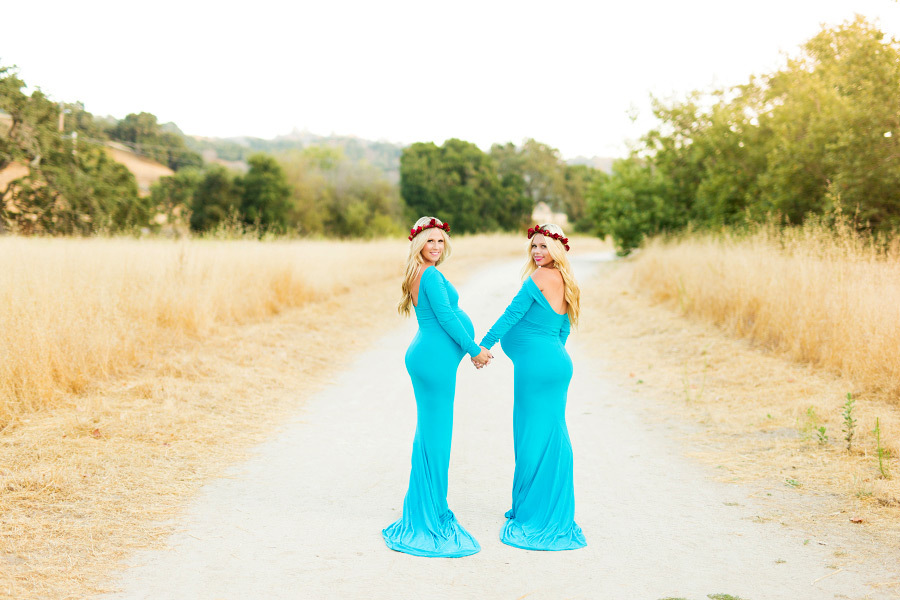 Apparently, the only thing that could keep Corey from her twin sis during this life-changing time was her very own life-changing moment. The sisters ended up giving birth minutes apart.

The original photos, taken by So Cute Photo, were actually “so cute” that the mamas decided to recreate the entire thing when their girls turned one. Moms Corey and Katie held cousins Indie Mae and Ryatt Rae, while wearing the same blue dresses from the first shoot, for a second round of pics. This time the girls (baby girls, not the grown-up mamas) were the true focus.

Do you have your own special maternity or one-year birthday photo shoot story? Share it with us in the comments below!