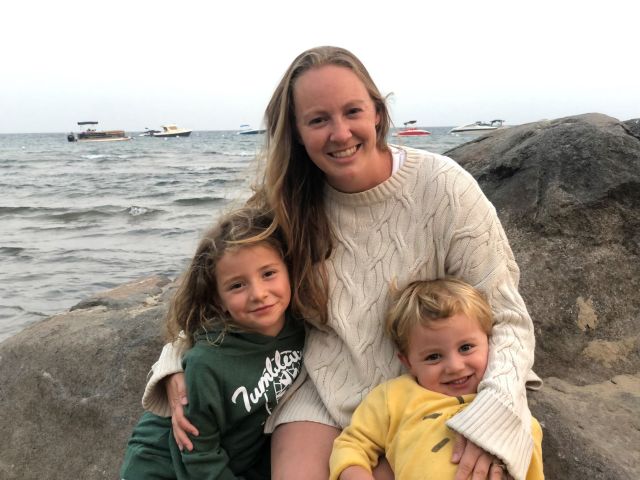 No matter how much your sweet baby adores you, there will inevitably come a time when your kid is utterly embarrassed by you. What’s the best thing to do when that moment comes? Embrace it. If possible, on a jumbo screen, like this awesome moment when a mom embarrassed her teen son.

In the midst of a timeout during a Maryland Terrapins and Loyola Greyhounds basketball game, the Fan Cam happened to find just the right mom to entertain the crowds. Mom Mandy Remmell was clearly ready to belt one out when Kelly Clarkson’s “Since You’ve Been Gone” began playing on the P.A. Much to her son’s horror, she uses her cellphone as a mic as she sings along to the song while the entire arena watches and cheers.

🎶 I CAN BREATHE FOR THE FIRST TIME 🎶 pic.twitter.com/4b5DQ7SzdE

Remmell’s son might not have enjoyed the performance as he tried to hide in his hoodie, but she definitely gained one big fan. Kelly Clarkson spotted the video after it went viral on Twitter and applauded her amazing talents as a singer and mom.

This Teen Is Probably the Most Embarrassed Kid in the Country, because Parents