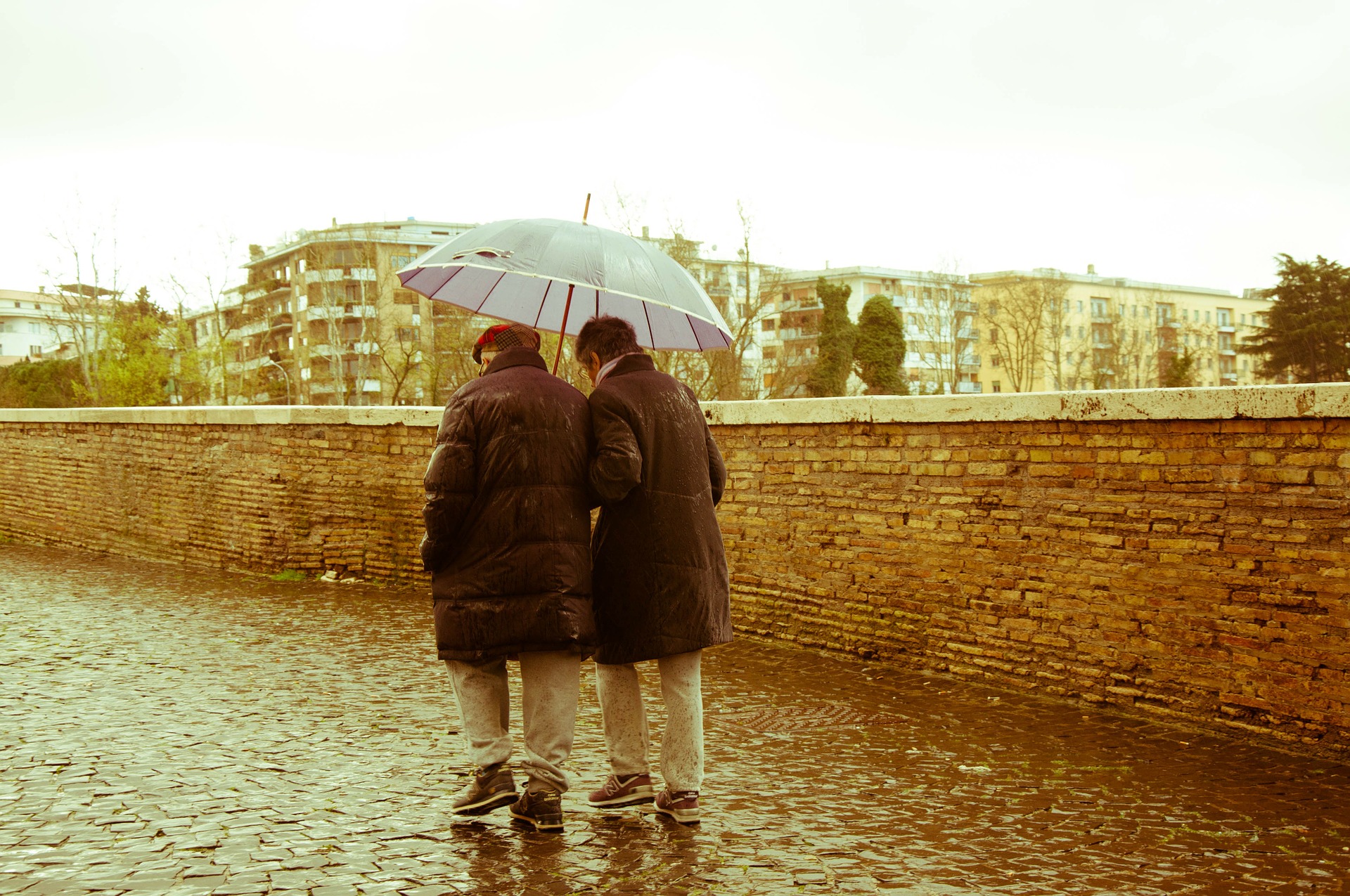 My grandfather came to this country by way of Ellis Island. He was a little Sicilian boy, born to stern parents who, according to the black and white pictures I’ve seen, never appeared to smile. His name was Sam and he was inherently good.

He joined the Navy when he was able, but was honorably discharged after catching a terrible bout of pneumonia. It was so bad, he had to have part of his lung removed, so for more than 70 years, he walked around with 1.5 lungs. That setup worked fine when he was younger, but made things like getting old pretty difficult.

He met my grandmother in Washington, D.C. She worked for the U.S. Postal Service and was every bit as beautiful as she was whip-smart. They were at the same social gathering when he spotted her across the room. He pointed to his friend and said, “That one there? She’s mine.”

That was the story he told us from his bedside five years ago. My mom and all of her siblings were gathered around, and us grandkids sat at the foot of the bed. He’d caught that doggone pneumonia again, only this time his honorable discharge was going to be even more spectacular.

We were devastated and distraught, but only for ourselves. We knew very well where my grandfather, lovingly called “Nanno” was going.

My grandmother had passed away nine years earlier. We had been staying at their house for the High Point Furniture Market, while salesmen used our home as a temporary rental. I got ready for my first prom in that house, back in my mom’s old bedroom. That was in March. Two months later, she suffered a heart attack in bed before church one Sunday morning. We buried her on Mother’s Day.

The thing is, while we were shattered as a family, we could only imagine the reunion those two were having. They’d been through quite a lot, and even though their marriage is the strongest I’ve ever seen, it wasn’t without its fair share of work.

My grandfather, ever the stoic Italian, was raised a devout Catholic. My grandmother grew up in our tiny town of Wallburg and was a Moravian. When they met and fell in love in D.C., they had a decision to make. Sure, my grandmother could have converted to Catholicism or vice versa. Their solution? They became Methodists instead and started going to Shady Grove United Methodist Church on Highway 109, setting off a family heritage that exists to this day. My parents were married at that alter, as were my sister and I. I was christened there and so were my babies.

They also had to decide on a place to live. Remember, this was back in the 1940s. Washington, D.C.–based moving companies like Jake’s Moving & Storage didn’t exist. They had to figure out the logistics on their own. They also had to combine and sort through all of their belongings and if any of you mamas have ever moved, you know that you learn a lot about yourself and your spouse during that process! They chose my grandmother’s home-place, which sits about two miles from where my husband and I put down roots. They chose it because it had land, and they could afford to buy a little bit of the surrounding property to give to their children. I’m beyond grateful they did that because I grew up way off the road in a setting that most children only read about.

Another way they met in the middle? Babies! My grandmother wanted as many as God would allow, while my Nanno was a little more practical-minded. They settled on five. My mother was the youngest, the second of only two girls. Want to gauge how well siblings were raised? Want to test how respectful they all are with one another? See how they act when the will is being read and the estate divided up. Those five kids handled everything in two weeks without bickering for one second.

How? My grandparents had taken painstaking steps when they were alive to make sure every single child received a fair and equal portion. It was unbelievable and frankly unheard of by today’s standard, and I was blown away.

But in hindsight, I shouldn’t have been.

You see, they built a life on bargaining. They took a chance on each other and never looked back, making every decision together, even when that meant putting themselves last and the good of their family first.

As I make my own family, I look to their example frequently and try to focus on compromise as much as possible, where it’s safe and makes sense.

I remember it when my husband daily exercises his unique ability to throw his socks just left of the hamper, and not into it. I’m sure he thinks about it when he asks me not wash soggy coffee grounds into the kitchen sink, or not to let our daughter spend so much time on her tablet.

We’re picking our battles, and learning every day. My grandparents devoted the greater part of their years to a delicate dance of give-and-take. And now? Even though they’ve both been taken, they’re still giving—and I’m still learning.