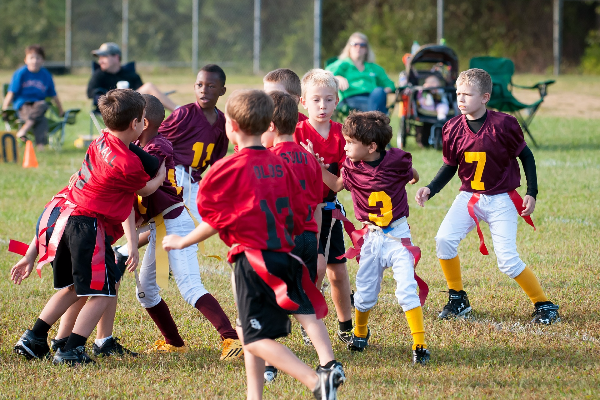 Don’t compare your kids to other kids.

Don’t compare your house to other people’s houses.

Don’t compare yourself to other mothers.

We’ve all heard it. We know we shouldn’t do it. But we do it anyway. Why isn’t my kid reading at your kid’s level? Your kid is already potty-trained? Mine refuses to even try. My kid can’t catch a ball, and yours looks like a superstar on the field. What am I doing wrong? What’s wrong with my kid?

The kid who can’t read yet may be the best hitter on the team.

The best hitter on the team may struggle with math.

The kid who struggles with math may be an artistic genius.

The artsy kid may be dyslexic.

The kid who is dyslexic may spend her free time volunteering at an animal shelter.

The kid who volunteers may have no real friends at school.

The kid with no friends at school may be musically talented.

The musician may still wear pull-ups to bed at 8 years old.

The kid who still wears pull-ups to bed at 8 years old may be the most well-behaved in class.

The most well-behaved kid may only eat 3 things and cry hysterically when pushed to try new foods.

The kid who only eats 3 things may be gifted.

The gifted kid may have poor social skills and get teased on the playground.

The kid who gets teased on the playground may have been the first one on the street to ride a bike.

The first kid on the street who rode a bike may suffer from crippling anxiety. And ADHD.

The kid with anxiety and ADHD may be a competitive dancer with a room full of awards.

And the kid with a room full of awards may not be able to read.

It’s important to remember that any parent who sees your child struggle to read, or witnesses your child come in last on every lap around the swimming pool, also has a child who has faced a challenge. And that parent has had the same thoughts you are having right now.

My three children have faced and overcome many of their hurdles with relative ease. I have a child who read early. I have a natural athlete. I have one who is incredibly kind and generous—traits that are innate and cannot be taught. But each of them has also struggled, sometimes through tears (theirs and mine) to power through a challenge. And our difficulties are far from over.

I have stayed awake at night often wondering what I was doing wrong. Or what could be wrong with them. Why was this hard? Here’s my answer: Nothing is wrong. Does that mean I stop working with them? No. But it does mean I stop comparing. Or if I do still compare them (and myself) to others, I simply accept that on the timeline of childhood, my kids are perfectly positioned where they are meant to be, in this moment. And there is no failure in that.

This post was originally published on The 21st Century SAHM.

Karen is a former English teacher turned SAHM and is now a writer and editor. Her blog The 21st Century SAHM is a cathartic mix of sarcasm, angry Mama Bear rants, and heartfelt confessions. Follow Karen on Facebook, Twitter, and Instagram.