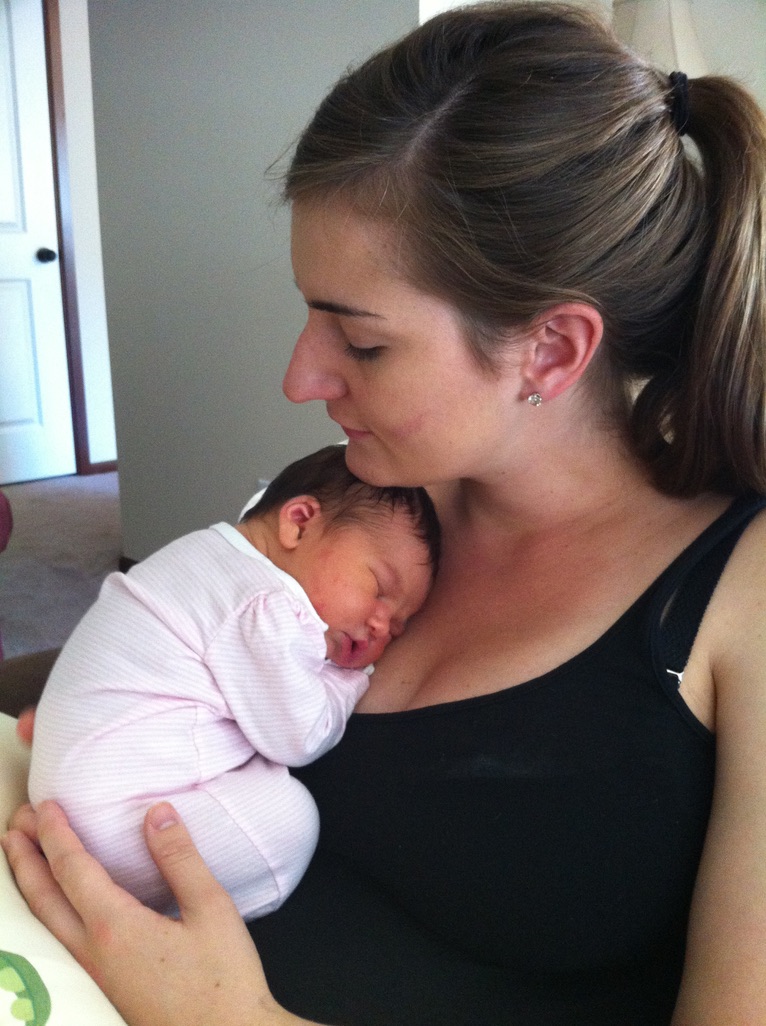 Can I give you the best advice I have on childbirth? Be prepared for anything. Anything. Don’t be like me. I was so naïve thinking that I could take a few classes and that would fully prepare me. My biggest concern was the pain and I was ready for the challenge. I took the classes. I read the books. Worst case scenario, I’d need a little pain meds, but that wasn’t the end of the world. Oh, Shannon.

Don’t get me wrong. You are obviously going to plan for your delivery, and by all means, take any classes that are offered. Knowledge is power. But there’s a really good chance that, if you’re like me, things go very differently from how you planned, and that’s okay. For starters, I was ten days late. Ten days! Which, to a woman at the end of her third trimester, is like a thousand years. It felt like the movie Groundhog Day, where each day I woke up the same way, shocked I hadn’t gone into labor overnight.

I finally went into labor on my own the night before I was scheduled to be induced. It was intense and made me nauseated, and I felt completely out of control. Hours passed and it was finally time to push. They had to tell me that because I got the epidural, duh. After three unsuccessful hours trying to push out my firstborn, I was wheeled in for an emergency c-section. Let me tell you, a c-section was the furthest thing from my mind. I distinctly remember one of the childbirth prep classes tried to prepare me for something like this. The exercise was to lay out cards with different scenarios as you would ideally like your labor and delivery to go. Then, one of the other couples in class would reach over and flip some cards over to throw a wrench at you. Apparently, this still didn’t register with me at the time.

I never thought a c-section was going to be necessary for my daughter’s delivery. After all, my mom birthed four children naturally, why wouldn’t I? I was not prepared to have my birth story go this way and it really bothered me. Not only did I feel like I had been hit by a freight train after the hours I spent enduring labor, but I felt like I had been robbed of the joy of birth. Obviously, I was excited to meet my daughter and I recovered just fine from the surgery, but it still bothers me to think about.

When we got pregnant with our second, I was determined to be more in control of her delivery. We decided to work with a doula, which was the best decision we could have made. I felt much more prepared and optimistic, but I also knew that a c-section was quite possible this time around. Fortunately, I was able to have a successful VBAC (vaginal birth after caesarean) and I felt so empowered. It was such a different delivery for us and all around a very positive experience. In hindsight, I would have worked with a doula with my first, but I think so few women would feel this necessary their first go-round. I don’t even think I knew what a doula was back then.

Finally, with our third, I assumed we would have another successful VBAC. For some reason I had started to feel kind of fearful of delivering, probably from some scary stuff I read. When we were at the doctors for an early sonogram, they discovered I had very slight placenta previa. (This is when the placenta partially covers the cervix.) It felt like my fears were totally coming true. Everyone I talked to assured me it would probably resolve by the time his due date arrived. Apparently, they often do. For us, later ultrasounds confirmed it did not resolve entirely and a c-section may be required. While I was able to attempt another natural delivery, we ultimately made the decision fairly early on in my delivery to have a c-section. I was experiencing some bleeding and I was feeling so fearful about it I couldn’t focus on labor. Partly because it wasn’t an emergency, and partly because I was older and wiser, the surgery was not nearly as devastating to me this time around. My recovery physically was much smoother than my first c-section and I knew our family was complete.

Hopefully your labor is exactly how you envisioned, or better. I know women who practically sneeze out their babies, so maybe that will be you. I also know women who have lost babies and who have delivered babies far before their due date. Childbirth is such a miracle, and each child such a blessing, but that doesn’t mean you have to be happy about the way everything happened. Every pregnancy and every delivery can be so vastly different, even for the same woman. So, as best you can, be open to what your body and your baby are going to require of you. You really never know how it is going to go until it’s over.

Hi! I'm Shannon. I am a blessed wife and mama who gets to stay at home to care for three babes, 7, 4, and 7 months. I am always looking to learn and I love to write!