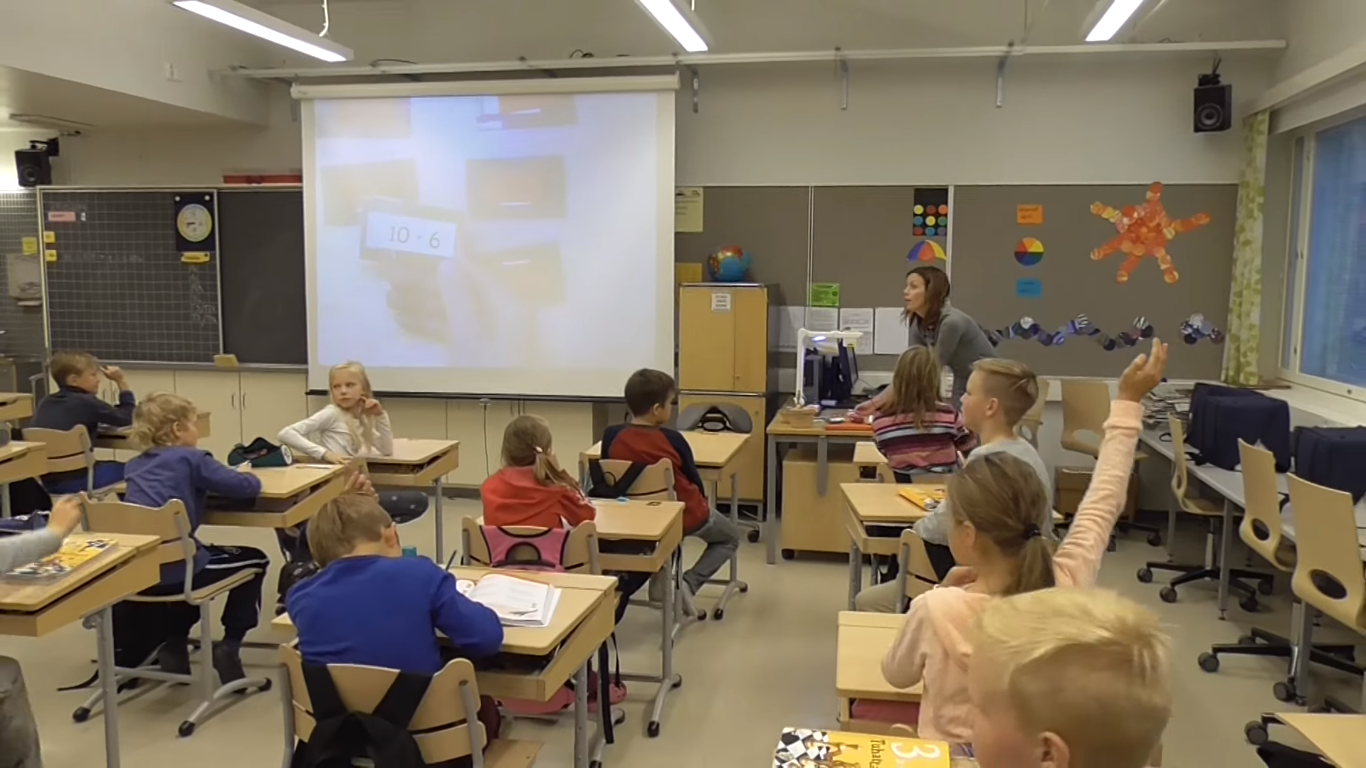 Finland’s schools are extraordinary. Their primary school system was ranked #1 in the world in 2016, according to the World Economic Forum. The United States, for comparison, ranked 39th. So what do they do that’s different?

One of Finland’s programs is called “phenomenon-based learning.” Here’s how it works:

Rather than focus on one subject like math or English, students and teachers sit down and pick a real-world topic they find interesting, then analyse it from different angles. For example, if they pick climate change, they ask questions like: What’s the science behind it? How are different nations dealing with it? What studies have been done and what can we read about it?

Traditional subjects are still the majority of the curriculum. These topic-based studies are their own course and act as an opportunity to tie a bunch of skills together. The kids learn holistically and use real-world skills (like technology) to tackle a subject the same way they would as adults.

Finland has been experimenting with phenomenon-based learning since the 1980s, but thanks to a curriculum change in 2016, every school in Finland is adding these special courses. Each school will be able to tailor the specifics of the idea to fit them best.

The program has had some criticism. Some teachers are worried that less able students might struggle to keep up, for instance. But Finnish heads of education, like Anneli Rautiainen, are hoping the benefits will shine through, as the BBC reported.

Education is complicated, but maybe the U.S. education system could learn from the Finns.

Do you think the U.S. could learn from other countries’ school systems? Tell us in the comments below.