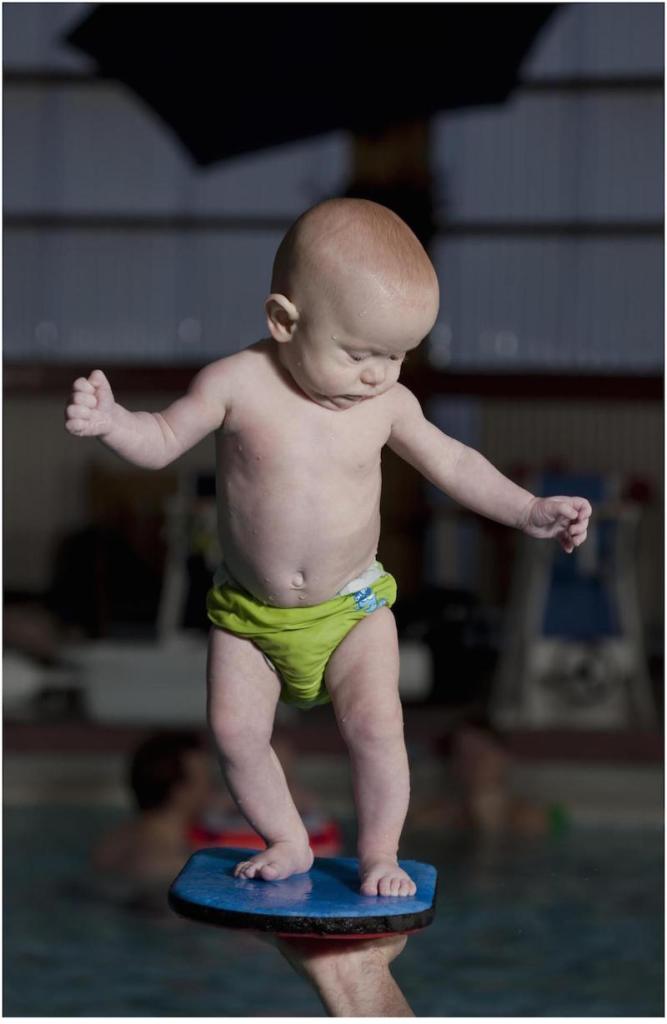 Iceland is already home to the world’s best schools, and now they can add “world’s most advanced babies” to their impressive resume as well.

According to a study published in Frontiers in Psychology, researchers found that a group of Icelandic babies that were enrolled in a swim class had the ability to learn to stand independently between the ages of three to five months old. Typically the average age when most babies reach this motor skills milestone is between 9-12 months old.

The infants in the swimming class were invited to participate in a 12-week program as part of the study. The classes met twice a week for 24 classes in total. Each class lasted an hour and focused on motor skills tasks, like picking up rings floating in the water, and independent standing exercises, like standing on a cork board.

The results of the study found that there was a direct correlation between the number of classes taken and how quickly infants learned to stand independently. In other words, it’s not just Icelandic babies that have the potential to stand at four months; babies of all nationalities are “capable of demonstrating signs of motor learning in task-specific independent standing.” Pretty amazing.

At what age did your baby learn to stand? Share your thoughts in the comments.