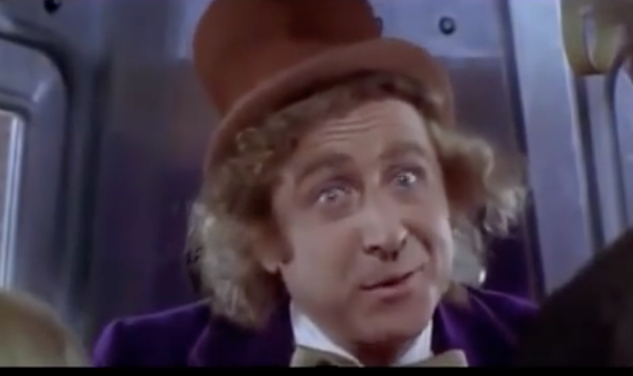 The World of Pure Imagination isn’t so far-fetched anymore now that a German company has unveiled an elevator car that can move sideways as well as up and down, just like Wonka’s famous glass elevator did in the 1971 film based on the Roald Dahl book.

The elevator was developed by ThyssenKrupp, a company which totes the corporate slogan “engineering tomorrow together.” Instead of using a rope or cord — as has been the way of elevators since their inception in 1854 — the MULTI elevator, as it has been named, moves using a magnetic levitation system similar to the one found in Japan’s Bullet Train. Basically, the elevator works like a subway system inside of a building.

It’s an innovation that the company says on its website, stands to end the “160-year reign of the rope-dependent elevator.”

“This is technology that has the potential to change the world that we see in cities today,” Andreas Schierenbeck, chief executive of ThyssenKrupp’s elevator unit, said at the recent test launch at Thyssenkrupp’s test tower in Rottweil, Germany.

Schierenbeck said the MULTI will be a major space-saver when it comes to building design, since several MULTI cars can operate in a single elevator shaft at once, as opposed to traditional elevators, which can only have one car per shaft (it’ll also mean you won’t have to wait forever for the next elevator to come!). It will also enable elevators to move between buildings via connected tunnels.

And, just for fun, here’s a YouTube link to “The World of Pure Imagination” from the original Wonka film.

Golden tickets or chocolate rivers? What Wonka invention would you like to see come to life next? Tell us in the comments below.