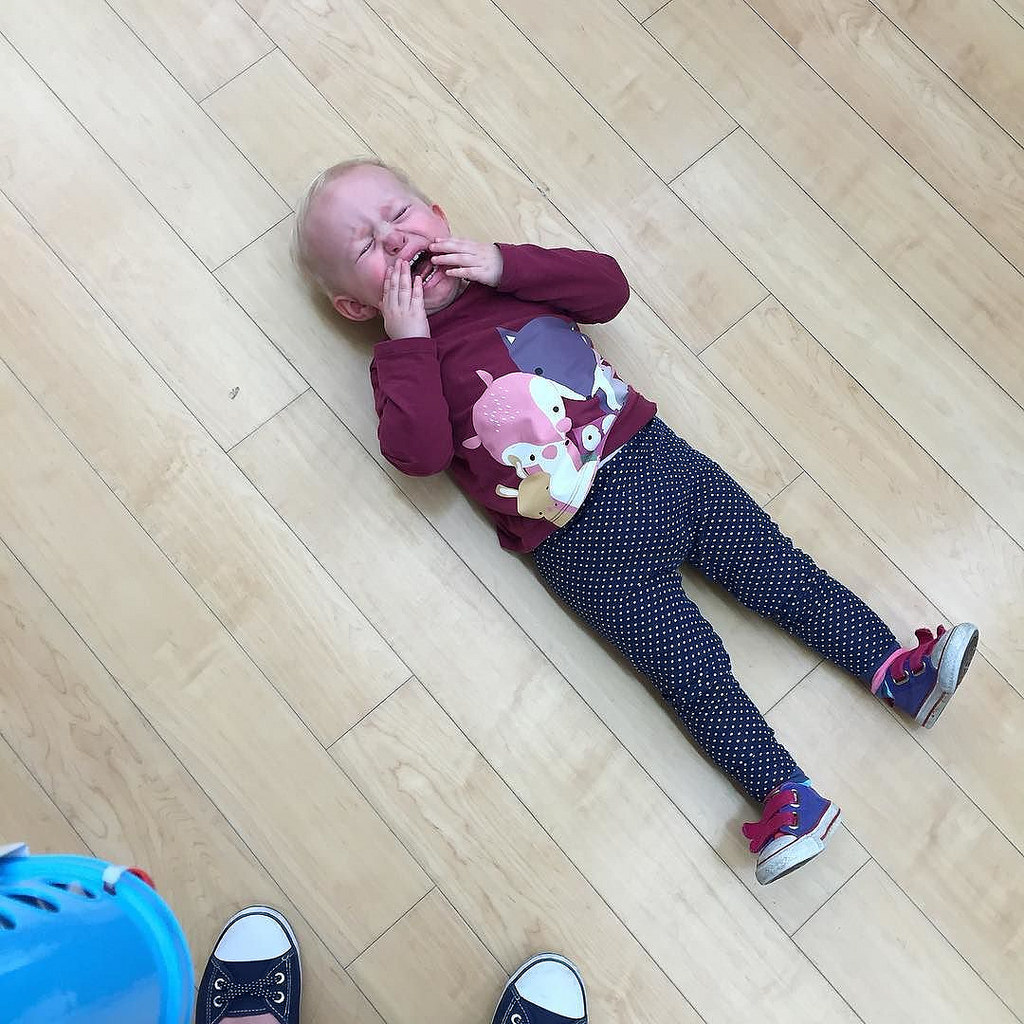 *Note: The above photo is a stock photo and is not of the little girl in the article.

We’ve all been there: You’re in a store and your kid is having an outburst. The big question: do you give in to her demands or ignore the tantrum and just get the heck out of there as fast as you can?

A mommy blogger who writes the Facebook blog Taylor Plus Two relayed her experience on a recent store outing, and the whole thing will make you feel for her, big-time.

“It finally happened. As I stood in the customer service line of Walmart to cash my paycheck with a cart of groceries (and some wine),” wrote the mom behind  the Taylor Plus Two Facebook page. “Sophie sat/stood/did heads stands in the cart, whining over a bag of chips I took away because she called me a butthole in line. She’s relentless. I know this. I live with it.”

She went on to explain how 4-year-old Sophie suffers from ADHD, and how public outings can be a challenge (even more of a challenge than going anywhere with any 4-year-old can already be).

“We stood in line for several minutes, me ignoring her whining and refusing to give in. What’s giving in to bad behavior going to do but reinforce the bad behavior? I’ve walked out of stores hundreds of times because of her. Almost every time, actually, I end up leaving with nothing I came for and a tantrum-having 4-year-old attached to my hand and a baby on my hip, but this time I had to stick it out to get the groceries.”

“I tell her for the tenth time to sit down so she doesn’t fall,” she continues, “and the next thing I hear is a woman behind me in line saying ‘Oh, for Christ’s sake give her a cookie so she’ll shut up!'”

The hurtful words were enough to make the blogger teary-eyed. But she spoke up for her child.

What happened next turned things around completely. Another woman in line befriended little Sophie. Asked her questions. Told her, “No, you can’t have those today. You have to be good for your mommy.” You know, basically, kept her calm until her weary mama could buy her stuff and exit the store without having a total breakdown.

“It only takes one comment to break someone down. You never know what someone’s going through. You never know the problems a child has that causes them to misbehave, and unless you know the struggle of being a parent to a child like mine, you cannot judge me,” she said.

“But it also takes one small act of kindness to make a mama feel comfort and validation. Thank you to the woman in Walmart today, for showing that kindness to my children and me. Thank you for walking us out. Thank you for backing me up. Mamas have to stick together. #MamasUnite”

She ended the post with this picture, in which she looks clearly worn-out. 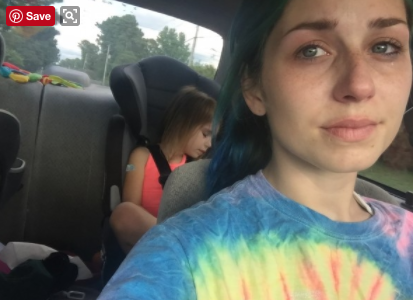 Taylor Plus Two Blog via Today.com

Has anything like this ever happened to you? Tell us in the comments below.