Why are you so into him? It might not be his Hugh Jackman-esque six-pack or even that sweet little look he gives you. Come on, you know the one. Research shows that attraction may come from…what he eats. Um, really? Oh, and it’s all in the sweat. Kind of. Check out what one recent study is telling us about attraction, odor and our guys. 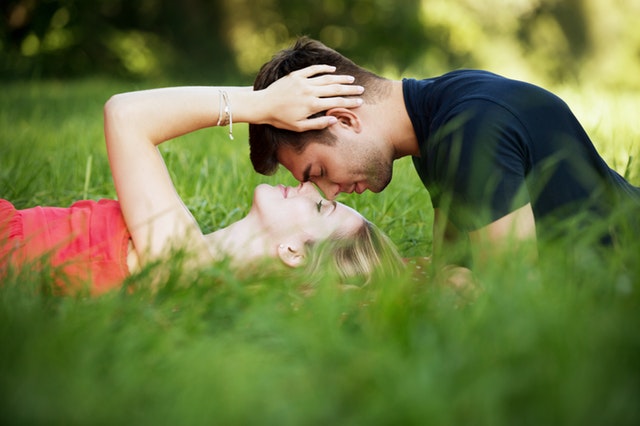 So here’s the deal — researchers from Australia’s Macquarie University got some young, healthy men to study. Sounds pretty good already, right? They used a science-y instrument called a spectrophotometer to evaluate their skin, looking for any change in the color. Apparently, people who eat veggies often have a slightly different skin hue, based on the presence of plant pigments.

Along with looking for carotenoid-colored skin, the researchers asked the men to fill out questionnaires about what they were eating.

Here’s where it gets… ahh, interesting. Each man got a clean t-shirt. After putting it on, they got active. That is, active to the point of sweating.

Enter the women participants. The ladies came in to do a sniff test, evaluating whether the shirts smelled good to them. And what did they find? The guys who were big on veggies had better smells. The meat-eaters didn’t smell bad either — they just had a more intense scent.

Hmm. Sounds like your guy has a reason to eat his veggies now.

Does smell equal attraction for you? Tell us in the comments below.