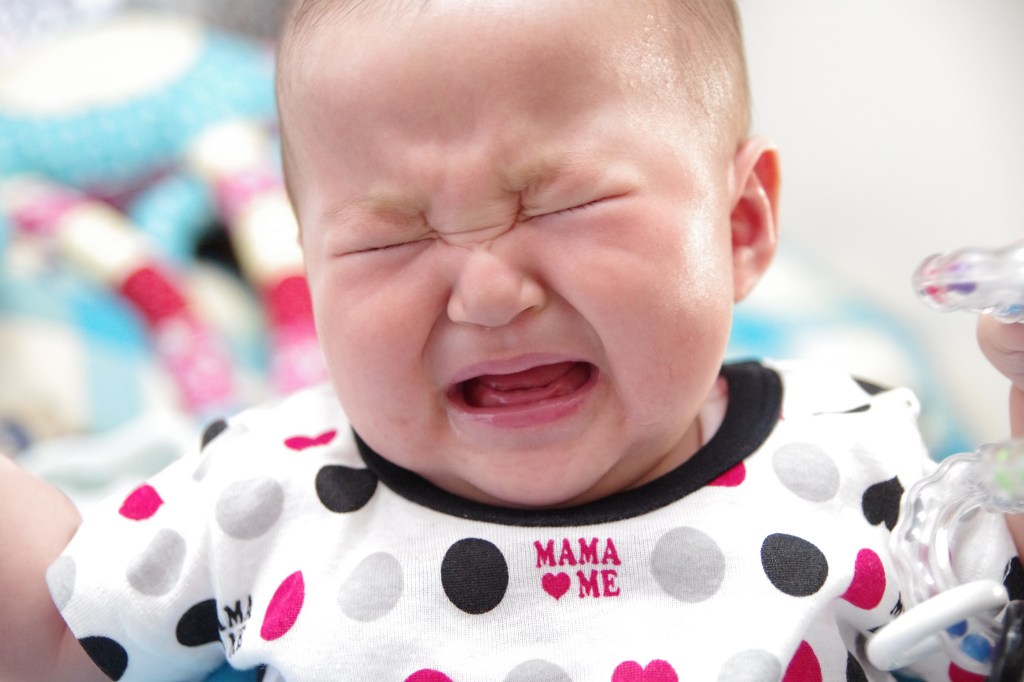 Whether you’re struggling with a colicky baby, a tough toddler or a sassy seven-year-old, you’ve no doubt at some point wondered, “When will this get easier?”

A Reddit user recently posed that question to the vast internet abyss and received some answers that’ll both comfort and terrify newbie moms and dads. Because, of course, the answer is that it never really gets easy. Just a little less hard.

One user wrote:
“4 years in. Still not easier. And every time you talk to someone with older kids, they move the goal line. ‘Oh, he’s two and a half? You’re almost there!’ ‘Oh, he’s three? Three is hard. One year left!’ ‘Oh, he’s four? It gets fun at five!’ Brace for a long, long ride.”

Another said:
“10 months for us. She started sleeping in her own room for naps and night-time at this time and having a few hours to ourselves really made us feel human again.”

Of course, the struggle is so worth it, says this mom:
“Ours will be 13 months tomorrow and it is such a joy now that we are getting able to communicate with him. He shakes his head yes and no, he picks up on social cues, mimics adult laughter, shows preferences, tries new things… hugs and kisses, it’s like the universe’s way of getting you to forget about that crazy first year and think, I could have another baby.”

And while wiping baby vomit off your face and endlessly soothing a wailing newborn may seem like the hardest thing you’ve ever done, studies say the hardest part comes much later. According to an Arizona State University survey of over 2,000 moms, mothers of middle schoolers (12 to 14-year-olds) are the unhappiest, compared to moms of infants, preschoolers, elementary-aged kids, high-schoolers and adult children. Researchers say this has to do with kids wanting to assert their independence at this age, yet still needing the comforts of Mom and Dad.

“You see this person who is almost but not quite grown-up physically, saying at one moment, ‘Leave me alone. I’ve got this figured out. Let me do it my way,’ or ‘Don’t ask me questions,’ and so on,” study co-author Suniya Luthar told CNN, “and on the other hand, they (are) crushed in tears, and looking to you for comfort just like a child. They might cry like the children they used to be, but being able to actually comfort them is nowhere near as easy.”

So there you have it: Hang in there ’til high school, Mama!

What stage of parenting do you think is the hardest? Tell us in the comments below.