Every kid has that one toy: The frayed teddy bear or well-worn lovie that they carry around with them everywhere. For one-and-a-half year old Sylvie, that cuddly friend just happens to be a gigantic plastic owl meant to scare away birds.

It’s hard to imagine how anyone could so fiercely love such a scary looking owl, but when you see the adorable pictures of them together, it’s easy to understand how much the creepy critter means to her and why these pics went viral when her uncle posted them on Twitter. Check out the cuteness below.

The owl, which was originally a gift for Sylvie’s dad to deter birds from his boat, earned the name Whootie and immediately became her BFF. 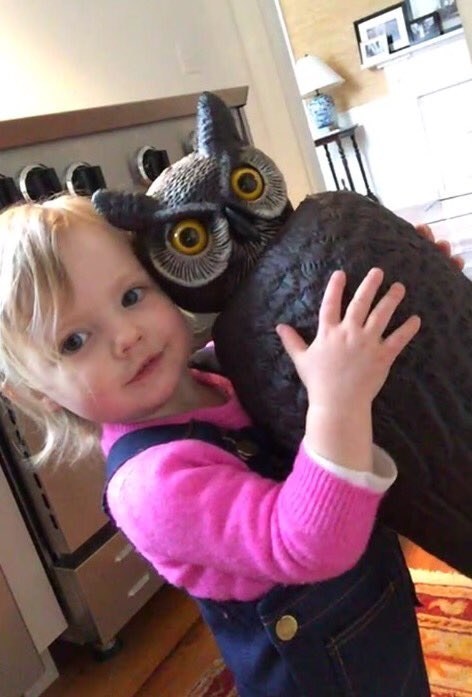 From playtime to trips to the park the two are inseparable. The owl goes wherever she goes. 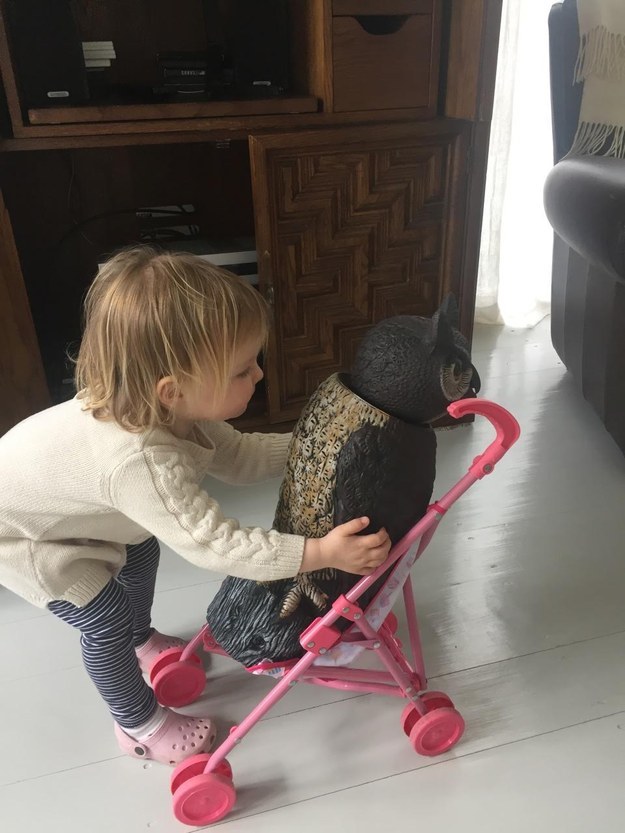 She even snuggles up with it for naps and bedtime, despite it being almost as big as she is. 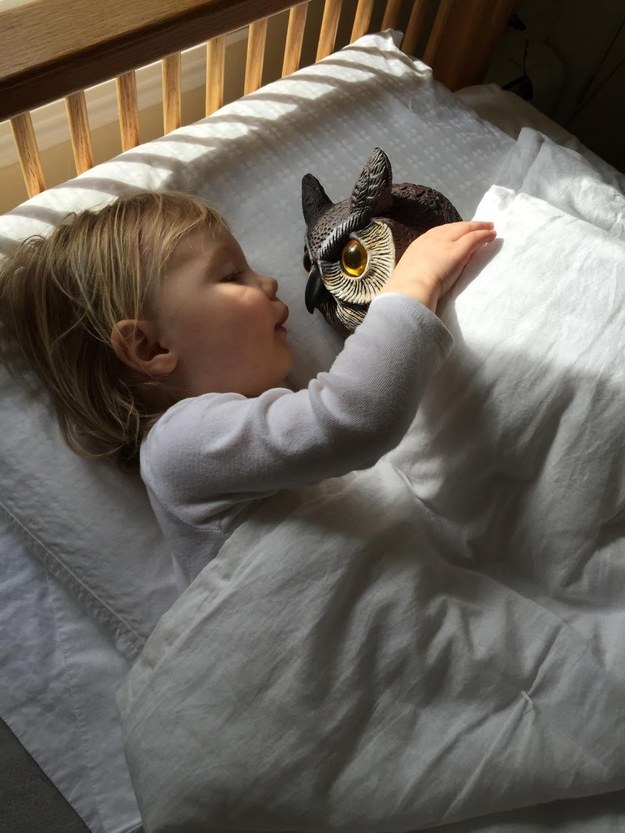 Needless to say, she doesn’t care WHOOO thinks her best buddy is creepy. The next time your tot demands you lug that stuffed bunny along to the grocery store, just think of how easy you have it. Or better yet, check out these pics one more time for guaranteed smiles.

Are you loving this as much as we are? Tell us in the comments!