We’ve all succumbed to a “white lie” or “stretching the truth” here and there. Why? Maybe it was to censor your child from a brutal reality or maybe an effort to deflect attention from eating a Snickers before dinner. Whatever the reason, parenting lies are usually hilarious and make for a great story later down the road. Thanks to the many users on Reddit, we were able to gather our top 16 favorite parenting lies. Take a look and maybe take note! 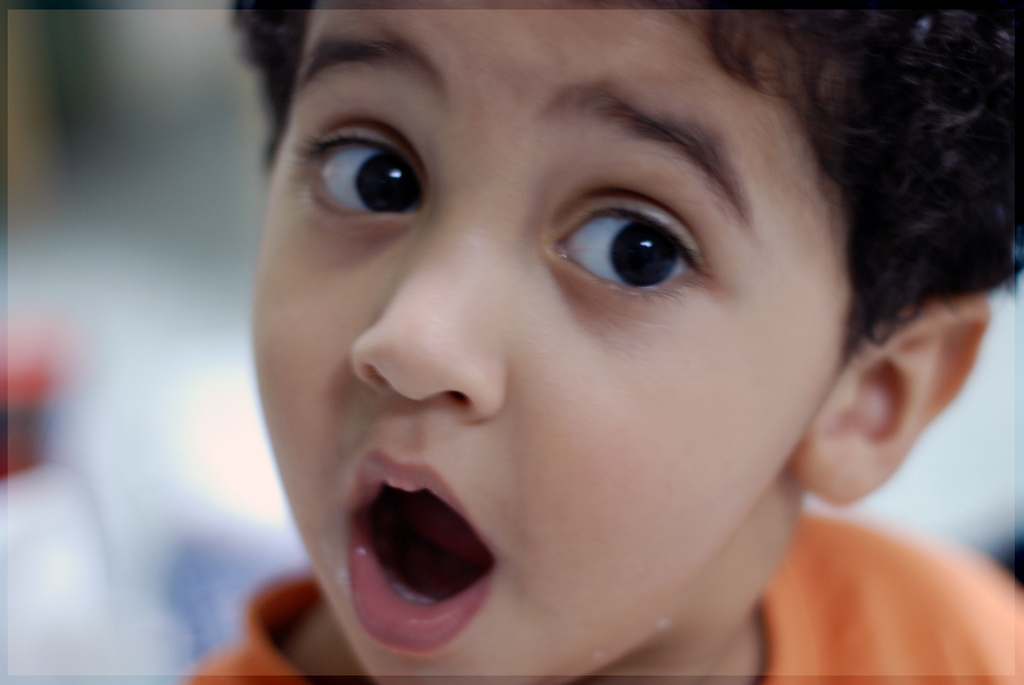 1. “If you sit quietly in the car, it makes the car go faster so you’ll get there quicker.” — table_fireplace

3. “My teacher girlfriend told her class that the smoke detectors were CCTV cameras. Every time one of them obviously lies, she goes ‘Well I’ll just go check the tapes and see who’s right,’ and they fess up.” — Rwandrall

*Be sure to specify that this only happens to kids.

5. “My mom told us she knew when we were sleeping because of the beeping noise we made. When we tried to fake sleep we’d go “…beep …beep …beep.” — fussbucket

6.”Right after you fart, your ears get warm… The one who usually checks, is the one who farted.” — alienosaur

7.”When I was a kid my parents convinced me that if you pour salt on a bird’s wings they can’t fly. I spent years chasing birds after dinner in the summer (never succeeded).”—  adriennairda

9.“Better wash those nightmares out of the blankets, Tommy. Go strip the beds for me and bring the sheets downstairs so I can wash them, or else you’ll have nightmares again.” — appleciders

10. “While on a road trip, I asked my dad why there were balls on the electric/telephone wires. He told me it was for the giraffes to play with. I was convinced, for probably 6 years, that there were giraffe roaming around the hills outside of Vallejo, California.” — helladog

11. “Told my sister that humans start lives off as dogs. It was so funny, she waited patiently for our dog to turn into a human so she wouldn’t be the youngest.” —nothingbutsass

12. “I told my young cousin that I had lived next to St. Nicholas before he became Santa Claus and that if I called him up he wouldn’t get any presents.” —pennypoppet

13. “When I was a kid, I was horribly afraid of monsters coming into my room. My mom filled a spray bottle with water and blue food coloring and printed a sticker that said “Monster Spray”. Boom, no monsters.” —LandgraveCustoms

14. “I’ve told a few kids that I’m a secret agent elf helping Santa keep track of the naughty list. It helped keep misbehaved children in check when I worked at a kids shoe store.”—pHScale

15. “The only way you can go to Chuckie Cheese is if you get invited to a birthday party there because it’s only for birthday parties.” —mellimalli

What is your most hilarious “parenting lie”?