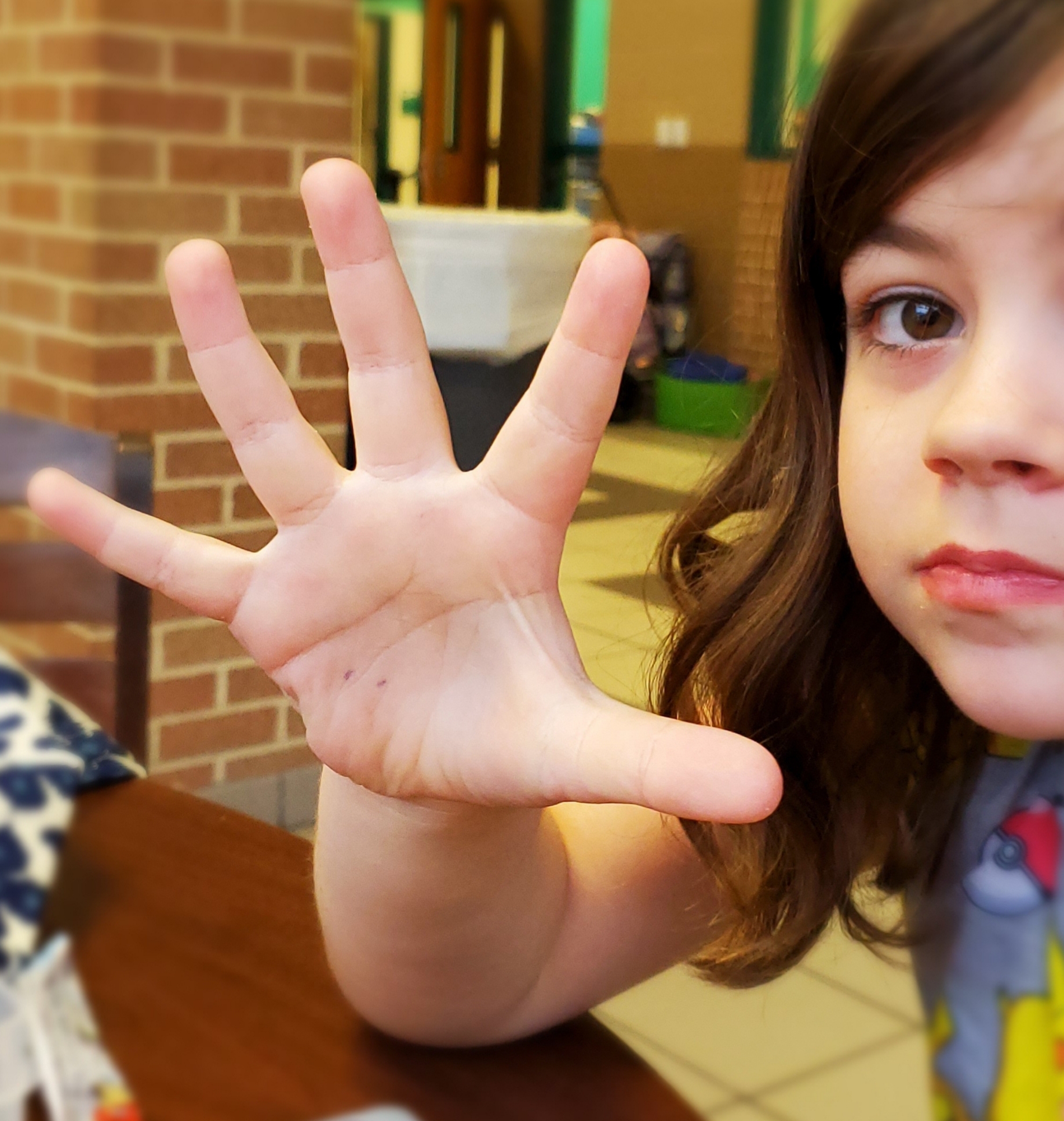 There are numerous behavior systems and methods of parenting out there—just take a peek at Pinterest under “Parenting.” While these long-term systems and techniques generally provide some manner of relief in the long-run, sometimes you just need an in-the-trenches, how-the-heck-do-I-handle-this-right-now solution. Here are five tried-and-true methods for stopping that behavior in its tracks.

1. The Whisper. Tired of yelling, especially when nobody is listening?

How it works: Instead of yelling your next instruction or correction, try whispering it. You’ll have to get in their space and on their level to make this one work—which is part of the reason why it works so well. That momentary connection is sometimes all it takes.

Remind them that if they want to say something back, they’re in a whisper-only zone. Before you know it, those grumps will change right into giggles.

How it works: When everyone is in a good mood, have a discussion about a secret word that you can say when a behavior needs to be changed. This way, instead of nagging, all you have to do is say the secret code word when behavior is starting to go astray.

This works especially well for kids who don’t do well with being called out in front of peers (#everyone), anxious kiddos, and for behaviors that aren’t necessarily on purpose (maybe you notice someone has hurt feelings, but nobody else has noticed). It also teaches kids self-reflection, as they are the ones who have to identify the behavior that needs stopping.

3. The Show Them Where You Need Them. This works best for visual learners.

How it works: Kids are in loud, hyped-up scenarios all.the.time. Telling a kid they are being loud doesn’t necessarily mean anything to them. Try showing them with your hands. Raising your hands above your head, say “you are up here,” then lower your hands to shoulder, chest or hip level and say “and I need you down here.” This is a visual reminder of exactly how loud they are being, and how much quieter you need them.

Full disclosure: I stole this one from our foster care case manager/trainer. Thanks, Aaron!

4. The Interrogation. So many needs, so little time.

How it works: Remember that last time you were hangry in a work meeting, and every idea seemed awful, or every comment seemed critical? That happens to kids on the regular. The next time they are acting up, try asking a series of rapid-fire questions.

“Are you hungry? Are you thirsty? Are you tired? Do you need something?”

Usually they get annoyed and say no to everything…until they stop themselves and say “yes! I AM hungry.” Talk about that poor behavior over a snack, once everyone is feeling a little less monstrous.

5. The Countdown. This isn’t your Grandma’s counting to three.

How it works: Start at twenty and count down toward zero. If they get to zero, they get a consequence.

Counting is a cue that an unwanted behavior needs to stop. But it puts kids in control in a small, simple way. They decide when to stop. It’s a tiny risk-reward scenario (i.e. Can I stop before mom gets to zero? What if I don’t?) that happens each and every time you count. Even more importantly, it gives the counter something to focus on other than the behavior. Remember that technique of counting to ten when you’re mad? It’s built-in!

Note: if hours have passed since the last countdown, go ahead and start back at twenty. But if it is a series of events in rapid succession, pick up right where you left off, whether 13, 9 or 2. They have less than twenty seconds, but it signals to them that the behavior is continuing, and they aren’t doing a good job addressing it.

Eileen Manes is a writer for kids, a five-going-on-fifteen-year-old wrangler, a reader, a Lego aficionado and a fuzzy puppy lover. If she's not reading, writing or revising, you'll find her procrastinating by redesigning her blog (or living room), hiking or Zumba-ing. But definitely not doing laundry.