It’s no secret that dolphins are among the most intelligent animals on land and sea. The dolphin (Cetacea) family—which includes more than six families and 41 species of dolphins and porpoises—has astounded the human race with the ability to communicate with complex language and follow complicated instructions, including identifying colors and remembering strings of numbers. Not surprisingly, the relationship between these amazing animals and humans dates back hundreds of years, where fisherman across generations and cultures have attested to dolphin rescues. In honor of National Dolphin Day, we’ve rounded up a few of our favorite stories to share with your kiddos. Read on for more info. 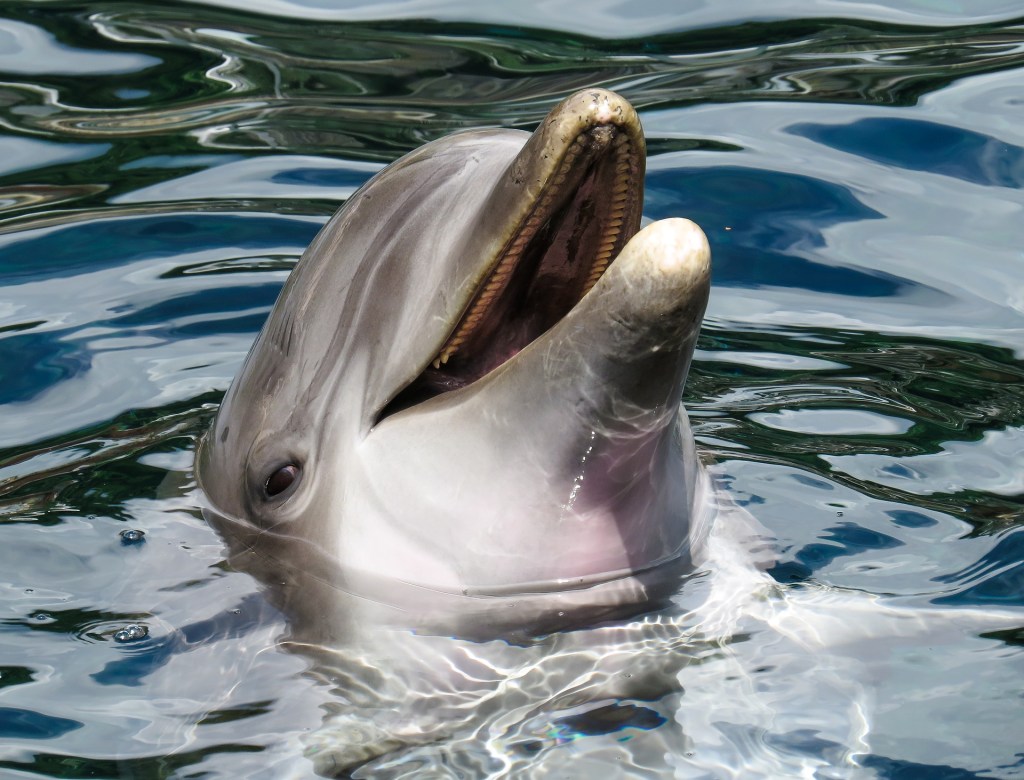 For more than 20 years Dean Bernal has had an unconventional bestie: the dolphin he calls JoJo. They first “met” in 1981 when JoJo began following Dean on his daily swims in the Turks & Caicos Islands. Over the years the duo have played, explored and protected one another. Dean lobbied to help make JoJo a National Treasure and avoid capture, and JoJo once protected Dean from a hammerhead shark. Read more about their relationship and see video here.

In 2010, The Telegraph published a story about actor Dick Van Dyke being saved by porpoises. Van Dyke, who had dozed off while floating on a surfboard, woke up and found himself out of sight of land. He began to paddle but still could not see land, and instead saw fins around him. Lucky for Van Dyke those fins belonged to porpoises and according to Van Dyke they actually pushed him toward the shore!

Mind If We Swim Here for a Bit?

In 2014, pro swimmer Adam Walker set out on a 8 1/2 hour swim across the Cook Strait (New Zealand). When a nearly-six foot long shark appeared underneath him, Walker feared for his life. But no sooner had the shark appeared than a pod of dolphins arrived on the scene and swam alongside the swimmer for an hour as he crossed the strait.

In 2006 a scuba diver in the Channel Islands was knocked unconscious by a boat and reports of his amazing rescue stunned the public. Although the diver had been reported missing and an extensive search was underway, it wasn’t mankind who saved him: it was more than 100 dolphins. After being gone for more than two days, he was spotted in the water surrounded by dolphins.

Like dolphin facts? Click here to learn 10 amazing ones about these intelligent creatures. And be sure and check visit wildolphin.org to find out simple ways you and the kids can help dolphins every day.

Have you ever met a dolphin? Tell us your story in the comments below.