It’s movie night—at home! Whether you transform the backyard into a sit-down drive-in or the living room into a theater, you always need a few good movies for kids. From the nostalgia of old faves to the newest hits, check out the best movies for seven-to nine-year-olds.

“Song of the Sea”

This animated film (rated PG) follows a young Irish boy named Ben who discovers his mute sister Saoirse is a selkie (a mythical creature from Irish folklore). Together they set off to free the fairies from the spell of a Celtic goddess (and find her voice along the way). With a 99% rating on Rotten Tomatoes, this movie for 7 to 9 year olds will be sure to please the whole family.

“Night at the Museum”

Join Ben Stiller for a night in—and at the museum. The 2006 film (rated PG) is almost two hours of imaginative exhibits, animals and (of course) T. Rex-fueled fun.

Disneynature brings the world of large cats into your living room. The G-rated nature documentary hit the big screen back in 2011. Even though it’s over a decade old, African Cats is still a top pick for older kids to see!

Starring Lin-Manuel Miranda, this sweet film follows a journey of music and friendship. Check this movie for 7 to 9 year olds out on Netflix.

The 2006 remake of the classic timeless tale features Dakota Fanning, Julia Roberts and Oprah! Rated G, this book-turned-blockbuster film is a live-action animal-filled story your older child will absolutely adore.

“March of the Penguins”

If your kiddo is looking for some IRL adventure, the G-rated 2005 March of the Penguins is it. This penguin-filled flick is the ideal entry into the world of documentary—for a seven-to nine-year-old.

“Farmageddon: A Shaun the Sheep Movie”

The beloved character is back—and he needs to help an alien return to her home. The G-rated Netflix film made its debut on the streaming service in 2020.

Your kiddo can’t stop building with those popular plastic bricks. If they haven’t viewed the 2014 big-screen blockbuster, now is the time. The LEGO Movie stars the voices of Chris Pratt, Will Ferrell and Elizabeth Banks and is rated PG.

The 2018 update stars Emily Blunt and Lin-Manuel Miranda. The PG film will give you major nostalgic vibes as you watch it with your kiddo.

Starring Jennifer Aniston, Harry Connick Jr. and Vin Diesel, this PG pick chronicles the story of a boy and his BFF robot friend. Even though the animated buddy film was made in 1999, it’s still just as popular today as it was over two decades ago.

The magical Pixar pick is an ideal animated movie for kids of all ages—especially your seven, eight or nine-year-old. Rated G, the 2009 film is available to stream on Disney+.

“Latte and the Magic Waterstone”

Rated TV-Y, the 2020 animated kids’ film features the story of a greedy bear, a shy squirrel and a very brave hedgehog—Latte!

As if the original animated version wasn’t enough entertainment for the whole fam, Disney went and remade the classic with a live-action 2019 version (rated PG).

Enchanted animal crackers make this 2020 Netflix animated film a fun family movie for 7 to 9-year-olds. Rated TV-Y7 (and voiced by Emily Blunt, John Krasinski and Ian McKellen), this pick is perfect for your older children.

“The Adventures of Milo and Otis”

A cat, a dog—and so much fun! The G-rated 1989 flick is pure animal adventure awesomeness. The live-action movie will entertain the kiddos and the rest of the family too.

The 1982 iconic alien pic still holds up today. Chances are you watched this PG pick when you were eight or nine too! With a young Drew Barrymore and some old-school special effects, this is one of the best movies for eight-year-olds—and seven-and nine-year-olds too. Get ready to replace “let it go” for “phone home” with this iconic option.

Disney’s latest smash hit will have (or already has) everyone singing about Bruno. It’s also a story of family, magic and why you don’t need a special gift to be special.

This PG-rated movie might be almost 20 years old, but it’s still great for kids in this age range. From Jack-Jack’s antics to a dramatic island rescue, get ready to put this one at the top of your queue (if it isn’t already there).

The 2020 Netflix movie (rated PG) stars the voices of Will Forte, Maya Rudolph and Ricky Gervais. This is one of the best movies for 7 to 9-year-olds—with plenty of humor, adventure and family-friendly fun.

101 Movies the Kids Need to See Before They Grow Up 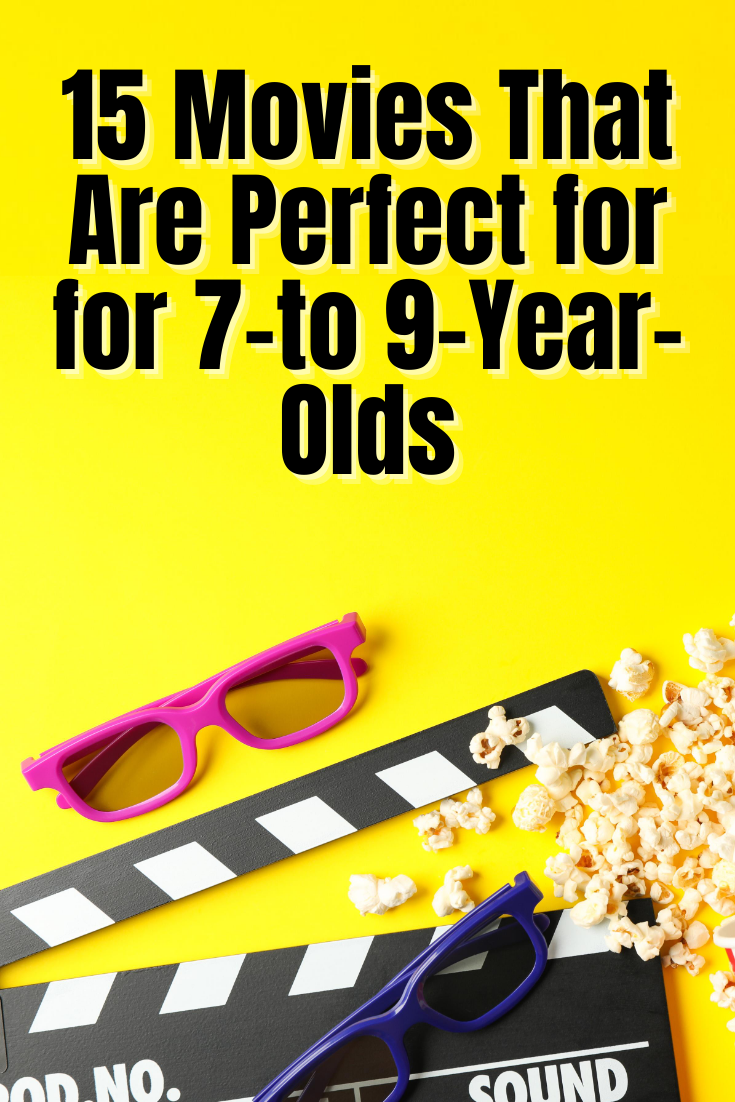