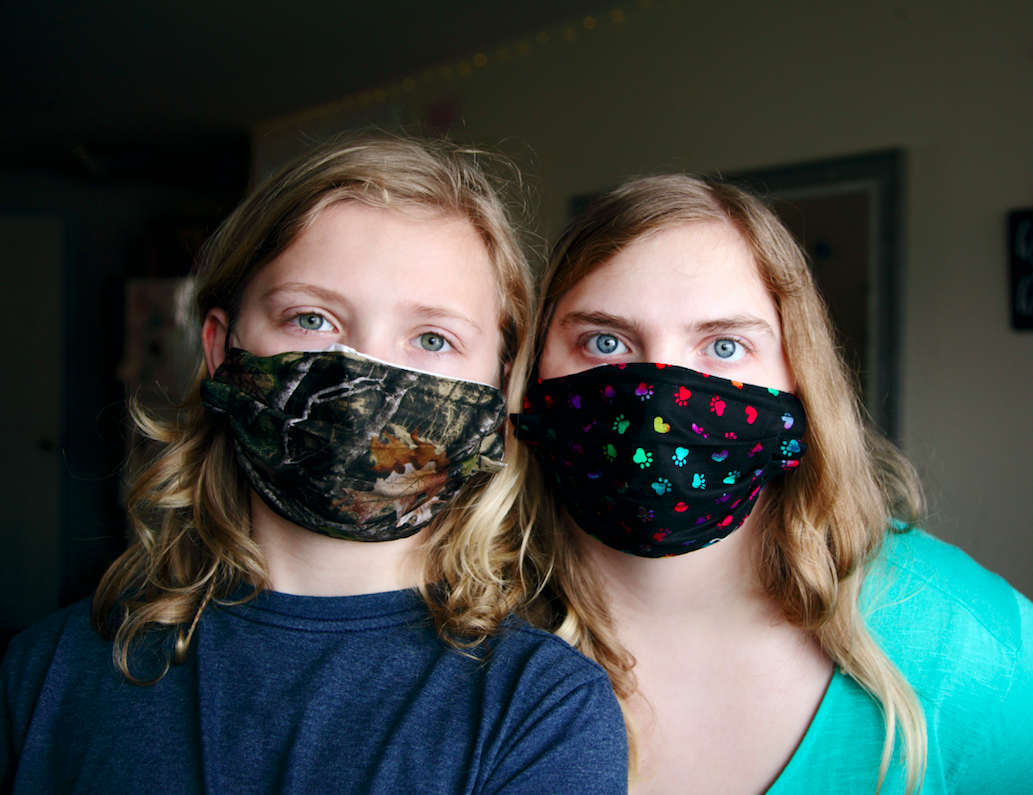 It has been over two months since I have written a blog post. I wish I could say that it’s because I was having so much fun with my family during this global pandemic that I didn’t have time to write.

But that would be a lie.

I have seen so many women posting about how wonderful quarantine has been at home with their families. That even though things have gotten rough, they are making it through and coming out on the other side of this a much better person overall. They have succulents and do crafts with their kids.

And I wish I had been doing those things.

But, to be completely honest, I am just trying to make it out of this mess of a world in one piece.

Disclaimer: Don’t tell me to look on the bright side after reading this. I have been. I am making the most of all this. But I also know that this hasn’t been easy on anyone and let’s stop lying and say we’re 100% okay.

Look at the last three months of our lives. It’s been a true clusterf*ck. Everything was cancelled. Literally everything.

I was supposed to go to a Backstreet Boys concert with my sister this fall and it has been rescheduled for 2021. I don’t know if Backstreet will be making it back. They are older than me and I can’t walk up a flight of stairs without getting winded.

But back to the real world. The crappy one we have been living in. I can’t even take my kids to a playground.

I can’t run an errand when it’s just me and the boys because I can’t take them into the store with me, but I also can’t leave them in the car because DCBS would get called.

And then, finally this Coronavirus was starting to get a little better and things were easing up and everyone goes out and people start getting sick again.

Sending our kids to school in the fall will be like sending them into a spaceship of plastic in tiny hazmat suits. Kind of like that Flight of the Navigator movie from my early nineties childhood.

THEN some douche dongle decides to murder an innocent black man in cold blood with people yelling at him to stop and the crowd filming the entire incident.

And that’s when the world went up into flames. I decided to educate myself about racism and realized that as a privileged 35-year old woman living in a mid-size, mostly white town in Kentucky, that I had been unknowingly judging people because of the color of their skin.

That was absolutely embarrassing and it’s hard to admit because it feels so dirty. But now I know and am learning more and have realized that black lives matter and some people that call themselves Christians are still racist.

Disclaimer: I will get about 7 hateful emails because of the comment above.

So not much has happened over the last three months. Just chillin’ with my fam on the back porch.

Can we all just admit it?

This has absolutely been one of the hardest times in my entire life. I have been trying to balance all this change with raising two young boys, working and trying to be a good wife.

My husband had his entire baseball team’s season cancelled and was absolutely crushed for the ten seniors that were on the team this year. At least five, maybe six now, have been signed to play baseball in college. Logan, I just want you to know I am proud of the coach you are.

On the other side, I have been working full time at the office and Logan has been taking care of the kids while working from home.

And the sum of all that craziness showed us that marriage isn’t easy.

I never talk about our marriage on here, but this pandemic and the chain of events following have made us realize how much work it is to make a marriage work and that we have to spend time together communicating every day. It can be hard because we are both tired and frustrated and want our lives to feel a small bit of normalcy again but it’s worth it.

So yeah, unicorns and rainbows over here.

Oh, and I need someone to potty train my two-year old but that would just be pouring gasoline on this dumpster fire right now. His poop is the size of my arm and it’s getting so gross but he is not showing interest. So I will continue letting him wear big boy underwear over his diaper.

So let’s take a vow that we will start being honest about how we are feeling. I have been having a hard time. Lots of anxiety. And I just realized it because I had been lying to myself that everything was great and that life hasn’t thrown me a curveball of poop that was on fire.

Until next time, which is hopefully sooner rather than later.

I am a full time working mom with two little boys, Henry and Simon. I write about real life and real life gets messy. Contributor for Motherly, HuffPost Parents, Scary Mommy, Today Parents, Love What Matters and Her View From Home.