Explore one of DC’s many historically Black neighborhoods and Black historic sites and landmarks in celebration of Black History Month this February. From reflecting on the Civil Rights movement on the National Mall to getting a hands-on education about Black Civil War regiments at the African American Civil War Museum, we’ve rounded up some of the most notable sites and some off-the-beaten path locations to help guide you when exploring Black history here in DC. 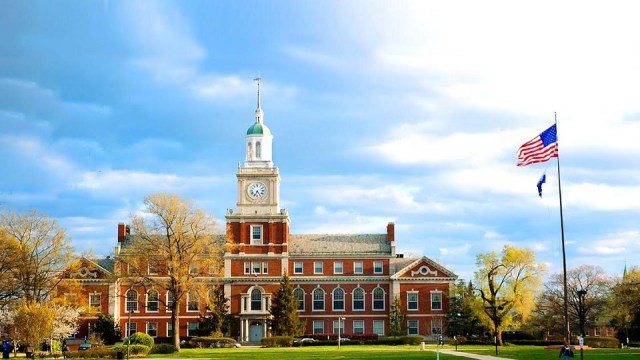 Home of the Bison, this historically Black university sits on the edge of the U St. corridor (see below) in DC's Shaw neighborhood. Famous graduates includes our first Black, first Asian and first woman Vice President Kamala Harris, the Supreme Court's first Black justice Thurgood Marshall, author Toni Morrison, the first Black mayor of NYC David Dinkins and more. The university's library, Founders Library, is listed on the national registry of historic places; it's bell tower can be seen prominently beyond campus.

Editor's Note: Founder's Library is temporarily closed to the public. 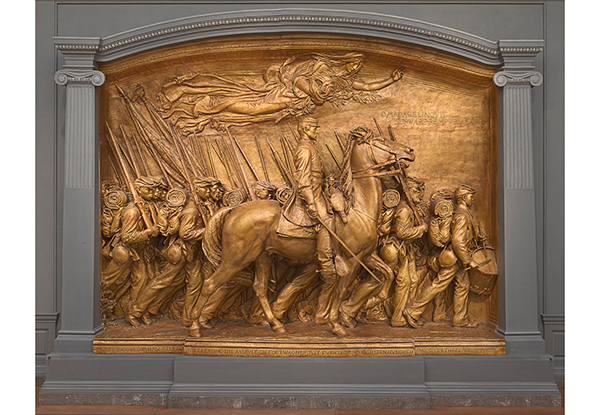 This memorial depicting one of the first Black Union regiments formed during the Civil War is on permanent display in the National Gallery of Art. The bronze work of art depicts Colonel Robert Gould Shaw parading to the Boston docks before departing for South Carolina with his troop. When you visit,  be sure to check out this National Park Service guide that shares the 1,500 names of the men who served this regiment. 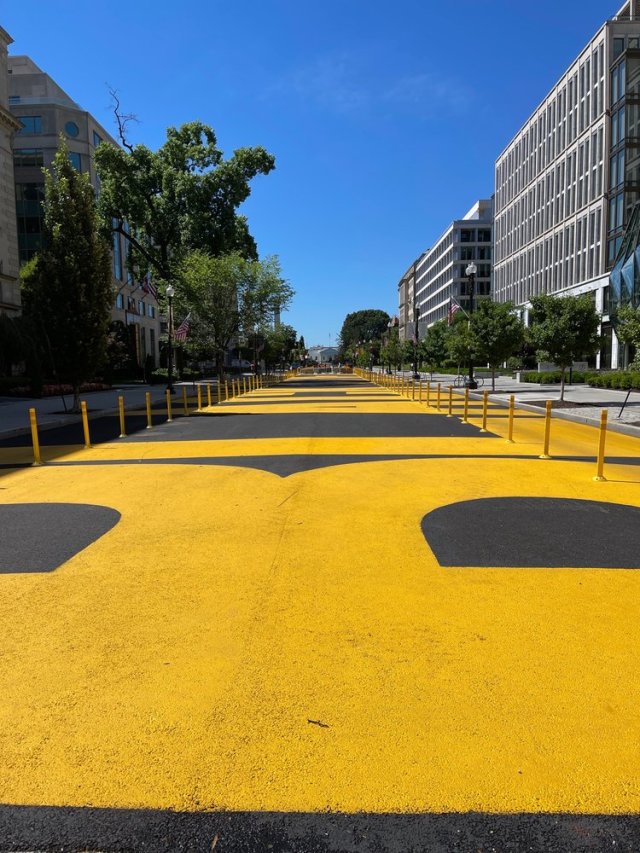 Stretching two blocks on 16th St. (south of K St.), the Black Lives Matter Plaza feature a boldly painted yellow mural in all caps declaring: Black Lives Matter. The Plaza along with a street sign bearing the same name, were dedicated on June 5, 2020 (the birthday of Breonna Taylor). Originally used as grounds for demonstrations due to the close proximity to the White House, in Oct. of 2021 it became a permanent installation and remains a pedestrian-friendly walkway where people often come to photograph the 50 ft. letters. 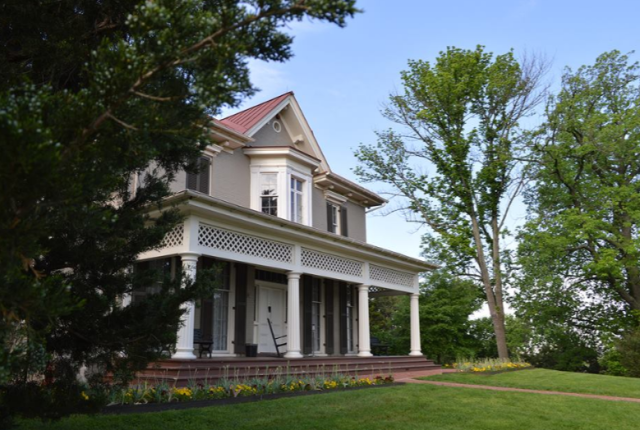 Insider Tip: You can tour this property from the comfort of your home here. 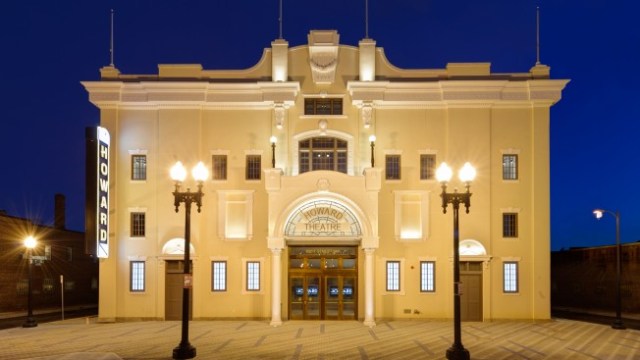 The U St. corridor was once known as the Black Broadway district. Flanked by Howard Theatre on the east end and 14th St. on the west, this neighborhood was DC's cultural epicenter from the early 1900s to the mid '60s. Explore this cultural stomping ground by starting at Howard Theatre, the iconic stage where legends like Duke Ellington, Ella Fitzgerald, Billie Holliday and Nat King Cole got their start and heading northwest and pass the Bohemian Caverns (a former speakeasy hidden by a first floor pharmacy where Duke Ellington was a frequent performer), and continue west to historic Lincoln Theatre; don't forget to stop in near-by DC landmark Ben's Chili Bowl, a black-owned

Pay tribute to the iconic abolitionists Mary and Emily Edmonson. The bronze memorial at 1701 Duke St. in Alexandria (directly across the street from Whole Foods) sits steps away from the former the Bruin's Jail where the sisters, then 15 and 13, were held after they tried to escape the clutches of slavery on a New Jersey-bound schooner, The Pearl. The sisters were later freed by their father (with the help of a abolitionist and minister Henry Ward Beecher) when he paid $2,250 for their emancipation. Bruin's Jail is now an office building, but you can read the historical plague in front of it at 1707 Duke Street. 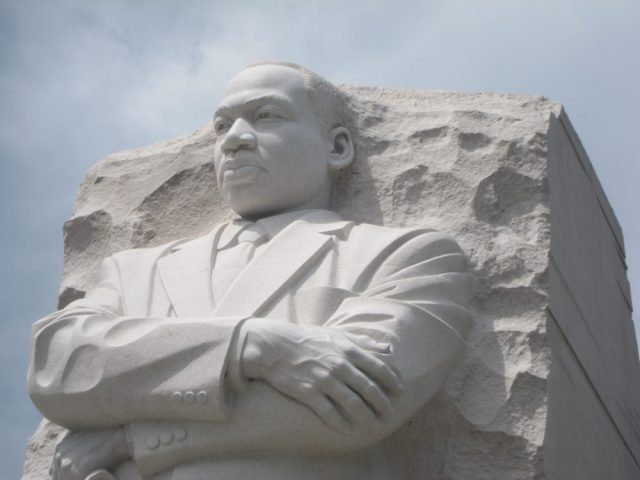 To honor the most powerful voice of the Civil Rights movement, this memorial has 15 quotes etched in granite to inspire the next generation. From "Out of the mountain of despair, a stone of hope" on the Martin Luther King Jr. statue  to "True peace is not merely the absence of tension; it is the presence of justice" on the north wall, these inscriptions etched in granite offer a chance for families to collectively reflect on some of Martin Luther King Jr's most moving words. 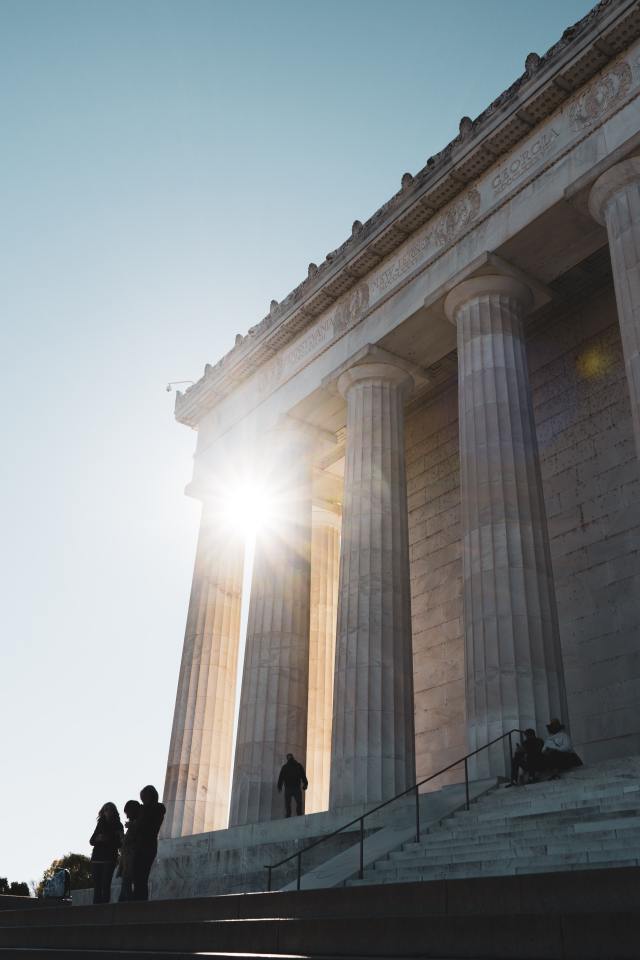 Step Into History at the Lincoln Memorial

Editor's Tip: Take part in history! Download the "I Have a Dream" speech from PBS and listen to it as you stand in the very spot it was delivered. You'll also find educational lessons to do at home on the PBS site. 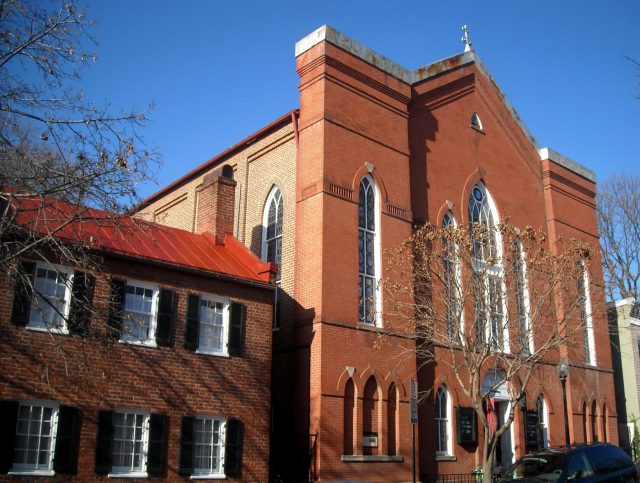 This church is the oldest Black church in Washington, DC. Once a slave and tobacco trading site in the early 1800s, it became a church in 1816 and later a station on the Underground Railroad during the Civil War. It is believed a vault on the Burial Grounds was used to hide enslaved people as they made their way north. You can learn more about the church's history as well as the original Black citizens of Georgetown at the church's Heritage Center (2906 O Street). To note: tours are by appointment only. Other near-by points of interest on Georgetown's African American Heritage Trail include Rose Park Recreation Center, the John H. Fleet residence, the Emma V. Brown residence, and more. 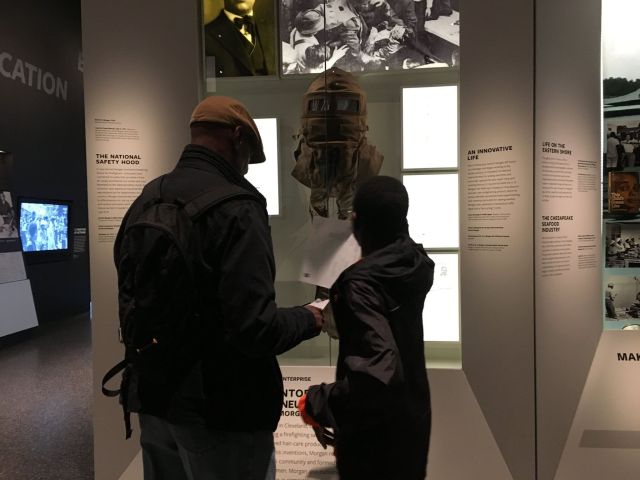 The stunning building, inspired by Yoruba art and filigree ironwork, is filled with presentations and artifacts that give visitors a glimpse at all aspects—the good and the gut-wrenching—of the African American experience. It’s a must-visit for the entire family. See our in-depth guide here.

Editor's Note: This museum is closed on Mon.-Tues. Get your timed entry pass here. 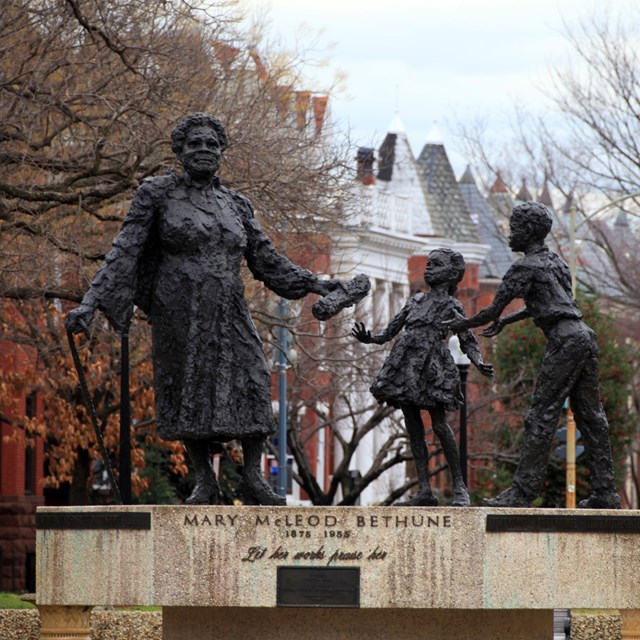 For a peek at the first DC statue to honor both a woman and an African-American, head to Lincoln Park to visit the Mary McLeod Bethune memorial (erected in 1974). Bethune is remembered as a civil rights leader, a suffragist and the first African-American woman to head a Federal agency. She may be best known for her contributions to education; she founded the Bethune-Cookman University, which is today’s only historically Black college to have been founded by a woman. What better way to celebrate Bethune’s passion for education than with the game I Spy with sight words.  Come prepared with flashcards for the following words, which can all be found in the statue's inscription: LOVE, HOPE, EDUCATION, RESPECT, FAITH, and DIGNITY.
Lincoln Park
Online: nps.gov/cahi 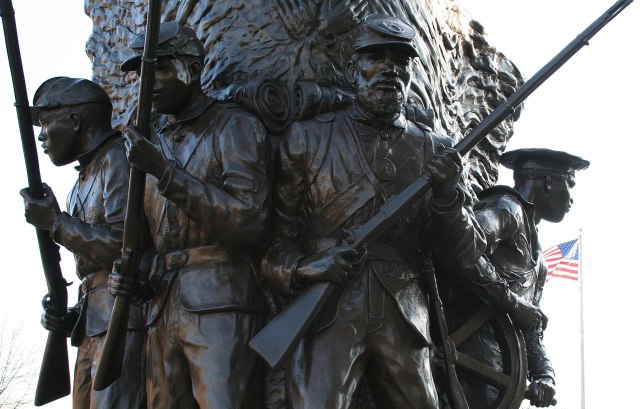 "Spirit of Freedom,' which sits at the corner of Vermont Avenue and 10th Street, honors the 209,145 Black soldiers and officers who served under the Bureau of United States Colored Troops in the fight to free enslaved Black Americans. Across the street, you'll find the African-American Civil War Museum. Tours of the actual museum are by appointment only; this living museum has a number of must-book programs that bring history to life through re-enactments, including the one-hour, award-winning School of the Soldier program for elementary and middle schoolers. 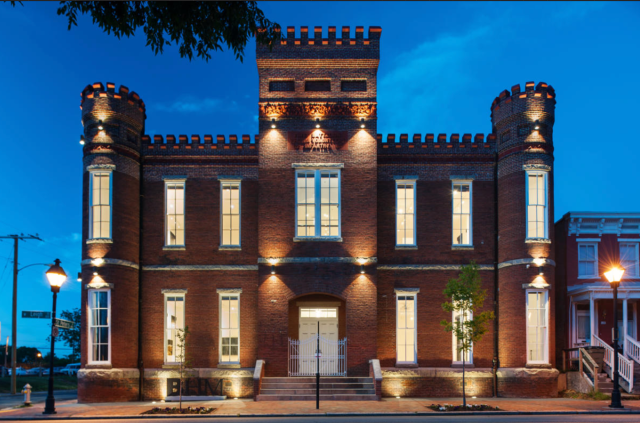 Richmond is steeped in important Black history and here are just a few of the ways you can experience it with your kids.

Visit the home of Maggie Lena Walker, a newspaper editor, bank president and champion of civil rights for African Americans and women. Join a tour of her home and an exhibit hall, watch a short film about her life and walk in the footsteps of a great activist of the early 20th century. There's also a Maggie L. Walker Memorial Plaza.

Discover even more at visitrichmondva.com

28 Black History Month Resources for Kids of All Ages

7 Important Places to Visit with Kids for Black History Month

30 Black History Month Resources for Kids of All Ages