Don’t look now but it’s almost October! The most frightful month of the year is almost upon us and Disney is ready for it. To celebrate, Disney Junior and the Disney Channel will kick off a spooky fun set of themed movies, episodes and specials, including a brand-new movie!

Under Wraps is a Disney Channel original movie and premieres on October 1 on the Disney Channel. It’s a comedic remake of the 1997 Halloween classic and it follows three 12-year-old pals and their encounter with a mummy. After they accidentally awaken “Harold,” they must rush to return him to his resting place before midnight. Can they escape criminals and stand up for justice along the way? 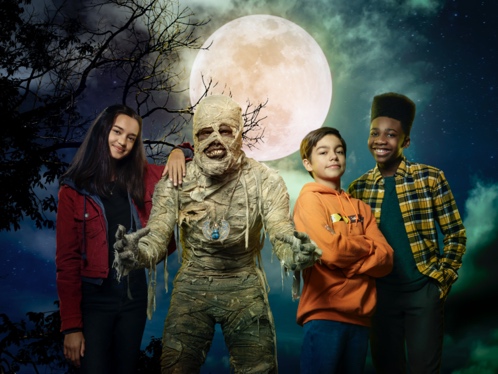 And that’s not all: get ready for “The Ghost and Molly McGee!” The brand new series premieres on Oct. 1, where you can tune in to watch Molly and her grumpy ghost friend navigate the first day of school. You can watch even watch a clip below!

Keep scrolling to see the schedule and gather ’round the TV for hours of Halloween fun!

Eek! After a Year Hiatus, Halloween Time at Disneyland Is Back