Simple Origami for Kids That You’ll Enjoy Too

When it comes to the 4th of July, riding in the kiddie parade is as much of a tradition as the big firework show at the end of the day. With a little imagination and a few supplies, you can deck out your kids’ wagons, bikes, and trikes for the biggest and best birthday bash of the year. Get inspired with the fun and creative ideas we’ve gathered below. 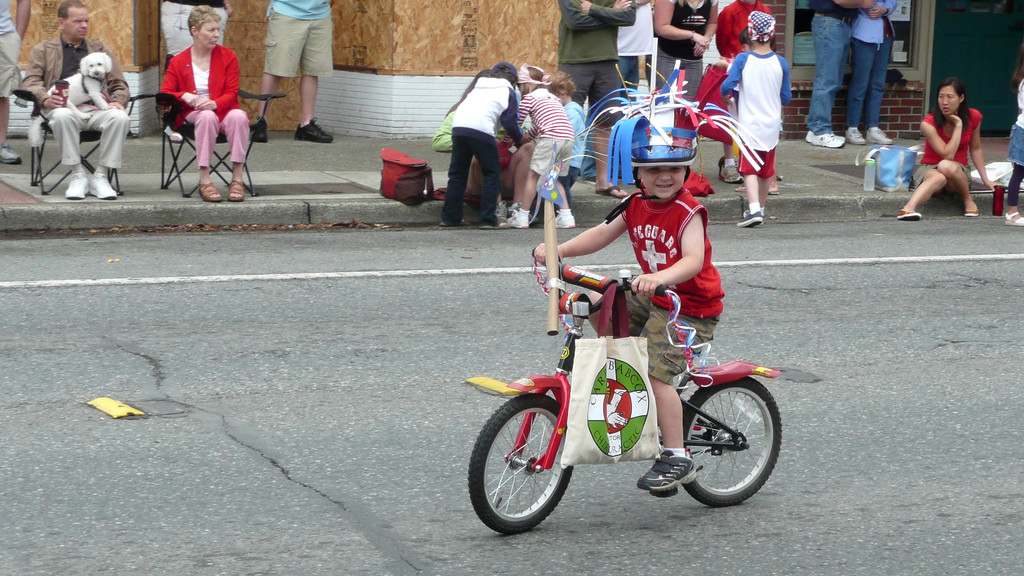 1. Use Your Helmet
We get it. Finding the time to whip up a parade float is the last thing on your to-do list. So, let your kid’s helmet do all the decor work while he rolls through the parade route. It’ll take you almost no time at all. 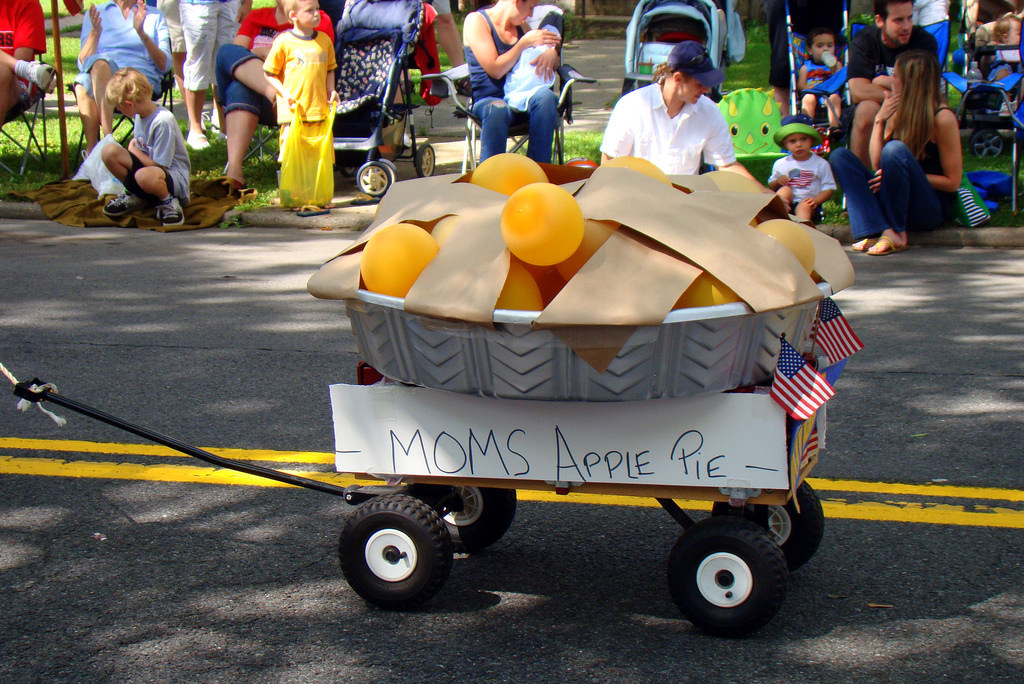 2. A Pie for the Parade
Get yourself a plastic kiddie pool, balloons, brown paper, and a wagon, and you’ve got yourself a slice of Mom’s apple pie. Sweet! 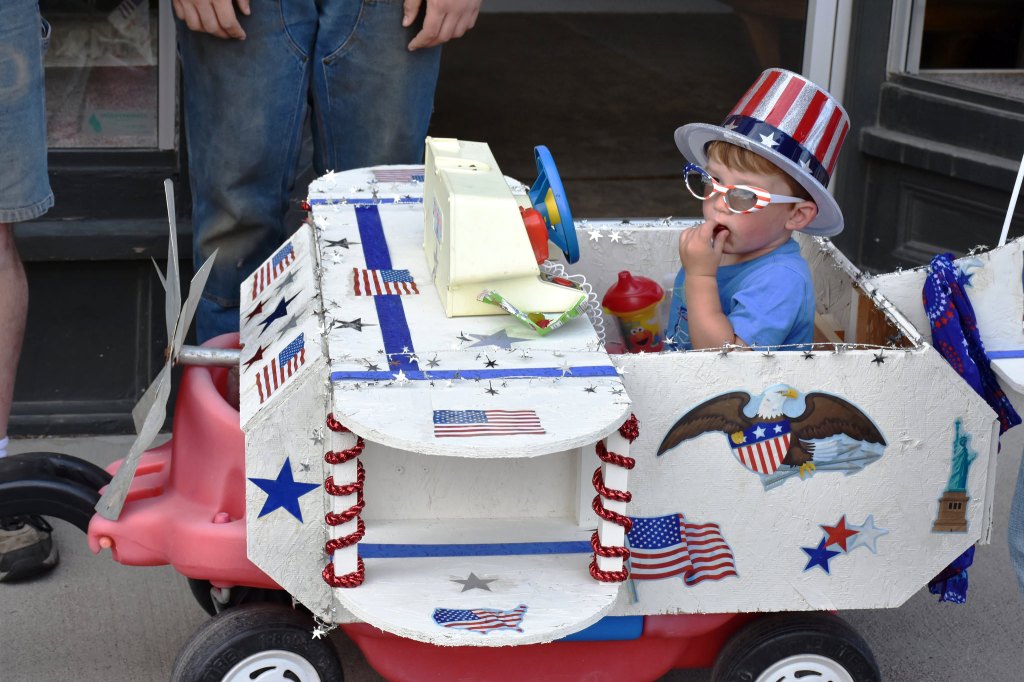 3. Take Flight
Send your little patriot soaring with an adorable airplane float. This version is made out of plywood, paint, rope, and stickers, but we’re betting a cardboard box will do the trick. 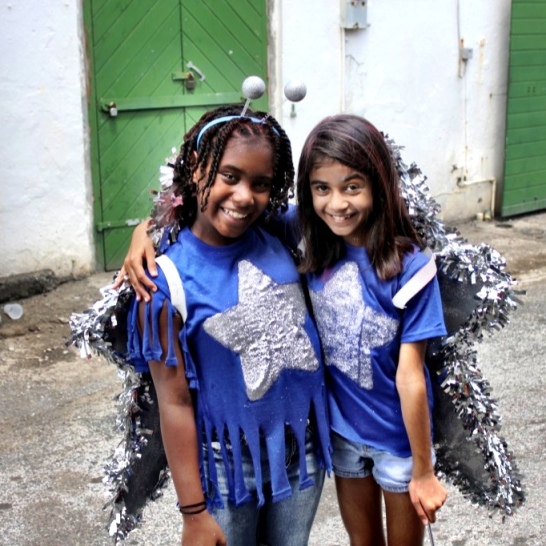 4. Sparkly All-Stars
Your older kids will love to be the all-stars of the Independence Day Parade. They can walk or ride their bikes! 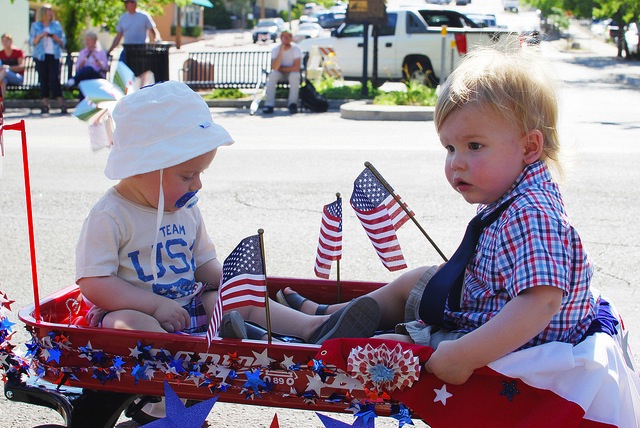 5. A Ride for the Tiny Tots
You’ve got tiny tots along for the ride this year. Keep it simple with a red wagon, a few flags, and some star garlands. We love the way Danielle of Sometimes Sweet doubled up on adorable with two tiny passengers. 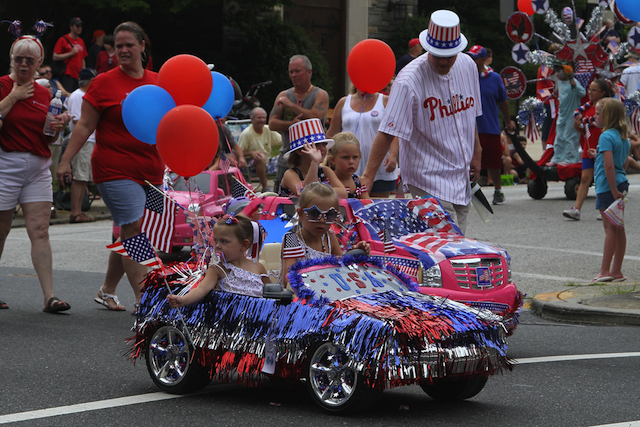 6. The Power Parade
It’s time to charge up the Power Wheels and drape it with party decor. It’ll take you all of five minutes, and you won’t have to pull anything (Make sure the battery is fully charged!). 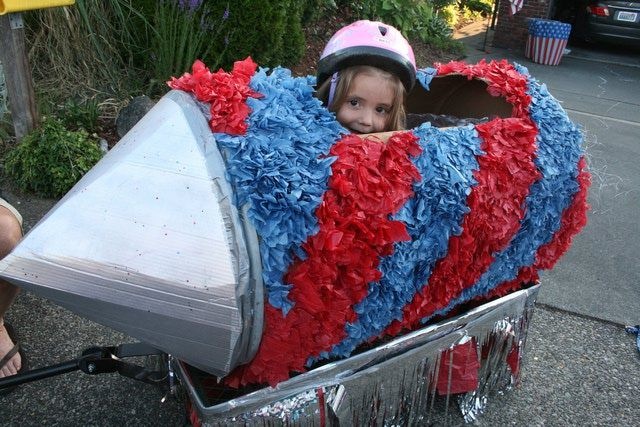 7. Take a Rocket Ride
Blast off! How about a rocket ride for the kiddie parade? Megan of Penny Carnival snapped a picture of her niece riding shotgun to the moon. You’ll need cardboard, tissue paper, a wagon, fringe, and some prep time. 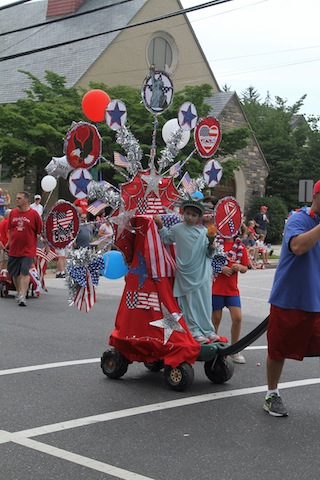 8. Lady Liberty
This impressive float caught our eye. After all, it wouldn’t be the 4th without Lady Liberty! 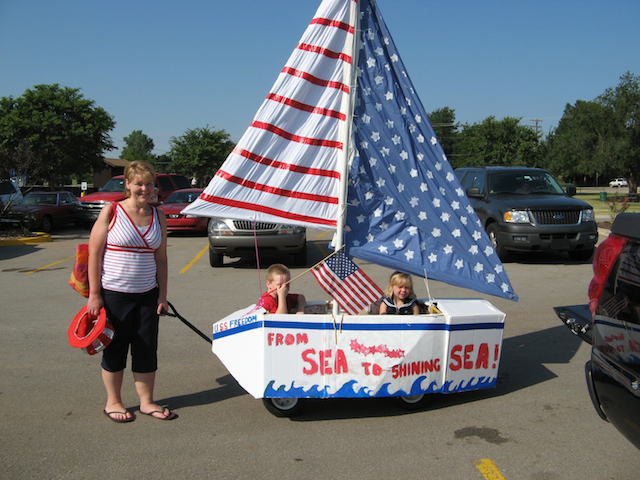 9. A Sweet Sailboat
From sea to shining sea! Rob O’Hara, of Robohara, and his hearty crew won “Most Patriotic” for their clever play on the American tribute song at the annual Freedom Fest in Yukon, Ok. The little sailors aboard helped with the stars and stripes using paint and colored duct tape. Head over to Robohara for the details. 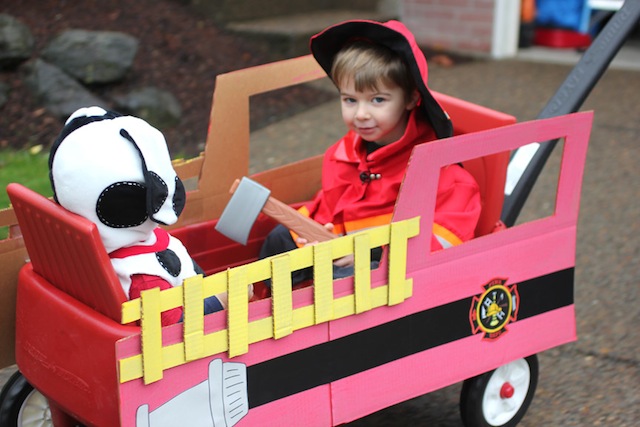 10. A Firetruck for the Fireworks
Firetrucks are a parade staple. How cute will your little one look in her very own red ride? Give the kids a pom-pom or two, and it’s time to celebrate! Find out how to make your own over at Repeat Crafter Me. 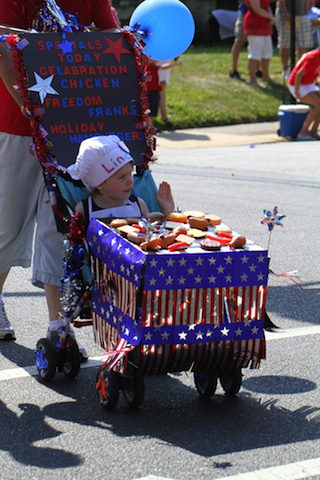 11. The Food Float
This festive kiddo decided to bring the food to the parade route, and we can’t think of a better way to say “let’s get this party started!”