National #HeatAwarenessDay isn’t just about keepin’ it cool: turn up the temperature on today’s topic with these truths and lies about heat science. Read on for hot tips. 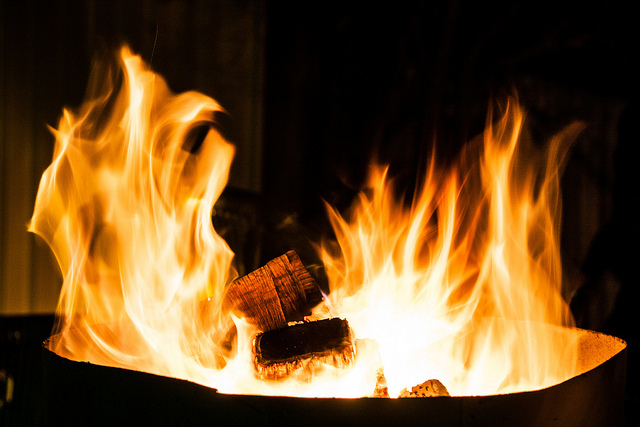 Heat vs Temp
Hot and cold are thrown about as handy adjectives from early vocab days, and although used interchangeably to describe both heat and temperature, they aren’t the same thing. Help the kiddos understand with these basic (sciency-based) definitions: Heat is stored energy inside something and temperature is how hot or cold something is. And just because an object measures a certain temp., that doesn’t tell us how much heat energy it’s storing.

Heat Lightning
Thunder without lightning? Heat lightning has a rep for occurring sans thunderstorm. It usually takes place on warm, humid nights and appears like faint flashes in the sky. But where’s the thunder? It’s there. It’s just too far away for you to hear it, making this a myth that heat lightening doesn’t have accompanying thunder. But if a thunderclap occurs on the prairie with no one around to hear it…

Feel the Burn
Did you know that people who eat spicy foods together are more likely to bond? A medical study shows that “shared pain” helps team bonding. They compared the results of a group who ate a very spicy pepper together prior to a game with a team who didn’t eat said insanely hot pepper. Turns out the spicy peeps were way more motivated to work as a group and help each other out. The same concept can apply to running a race or even group fitness classes: knowing you aren’t alone through “the burn” can keep your head in the game.

Hot Head
Putting on a hat when it’s chilly out just makes sense, but is it because you lose body heat from your head? Maybe you even remember your mom or dad (and yes, you’ve said it to your own kids) telling you that you lose 40% of your body heat through your noggin. Well that old adage is based on a somewhat vague study done in the 1950s: the US military tested volunteers wearing Arctic gear in cold conditions. Because the only part of their body left uncovered was their head, the study estimated that nearly half the body’s heat was lost through the head. But according to Rachel Vreeman and Aaron Carroll, pediatricians from Indiana University in Indianapolis, this percentage is just a myth. If it were true, you’d be just as cold without a hat as you would without pants! You could do the same experiment wearing just swim trunks and lose only about 10% of body heat from your head. Still, a hat keeps the snow off and is the perfect solution to bad hair days: so if you want to keep this myth going, we’re not judging.

Bam!
Wait, something can just burst into flames, seemingly without cause? Well, technically yes. Plain ol’ combustion occurs when something is heated on purpose to the point of catching fire (charcoal, meet lighter). Spontaneous combustion is caused by spontaneous heating, which means something increases in heat without being heated on purpose. When many substances break down, they go through slow oxidation: the process of becoming chemically combined with oxygen. This releases heat. If the heat becomes trapped, it can lead to combustion without a direct flame. Things like oily rags and fertilizers can experience this. As for spontaneous human combustion? Rest well, because it’s pretty much a myth, though their may be a scientific explanation for some cases.

Got a cool heat myth or truth to share? Put it in the comments below!