How to Plan a Summer Vacation Everyone Will Love

If your Netflix queue is looking a little stale, you might want to think about the treasure trove of free movies on YouTube for kids. You don’t need a subscription to watch, and even though you’ll have to sit through a few commercials before your movie, don’t let the ads turn you off—with fun flicks like The Princess Bride and Alice in Wonderland to choose from, it’s well worth your time. See our top picks for free movies on YouTube for kids below.

The big-screen spin-off of Nickelodeon's popular "All That," this fun flick follows the journey of Ed and Dexter as they attempt to save their beloved, locally owned Good Burger from mega-chain Mondo Burger.

Hedgehogs is a cute movie about Bobby the Hedgehog who needs to join forces with his animal friends to save their home from the threat of humans.

Before there was Frozen, there was Snow Queen. A more direct take on Hans Cristian Andersen's iconic tale, a young girl named Greta must battle the evil queen and rescue her friend.

One of the '80s best cult-favorite films, follow Buttercup along an adventure with wild danger, a magical kingdom and true love.

A young fish named Pi loses everything and heads to the Reef and his family. There he meets a beautiful fish who is trying to ward off the affections of a bully shark. Will Pi save the day?

Older kids will appreciate this gorgeous film about a young African boy who befriends a white lion cub before embarking on an epic adventure. The film uses beautiful real-life nature footage to tell its story. Consequently, expect sad scenes depicting the cruelty that infamous "circle of life" imparts.

This is the story of a frog who doesn't enjoy water or jumping, and wishes he could be like other animals in the rainforest.

Fairy tale-loving tots will want to sing along with this 1965 version of the classic story. With minimalist sets and tons of musical numbers, this Cinderella feels more like watching a stage show than a movie—so don't go in expecting special effects. But anyone who loves the story of the cinder girl who finds her prince will be all in.

When some important machinery belonging to an oil company is lost in Canada, a man and his son have to cancel their trip to Disney to find the missing machinery. But they find an adventure they couldn't have expected when they discover a legendary sea creature.

This 1972 adaptation of Lewis Carroll's classic tale is a bit closer to the book than the Disney version, which means it may not be as lighthearted as the animated film. Still, kids who love all things Wonderland will be happy to fall down the rabbit hole.

The Secret of NIMH 2: Timmy to the Rescue

After growing into a strong rodent, Timmy sets out on a journey that will challenge him.

RELATED STORIES:
The Very Best YouTube Channels for Kids
Here’s What to Do If Your Kid Wants to Create Their Own YouTube Channel
Tweens & Teens Can Explore YouTube Safer Than Ever with New Updates 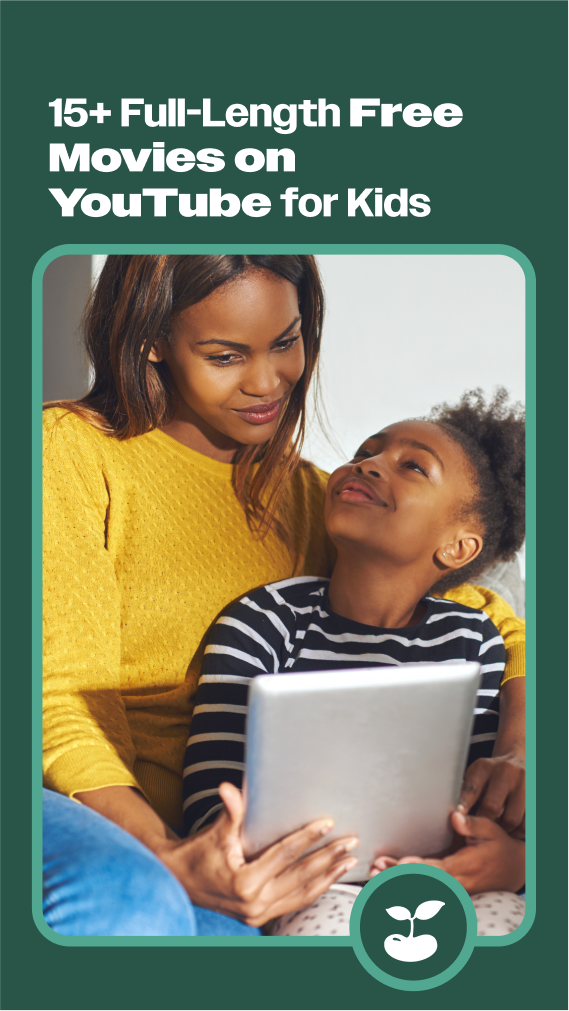