You won’t even need Floo powder to get to Diagon Alley. Harry Potter fans will be transported to the most magical shopping street in the world. Now you can build and create the iconic street in your own home. 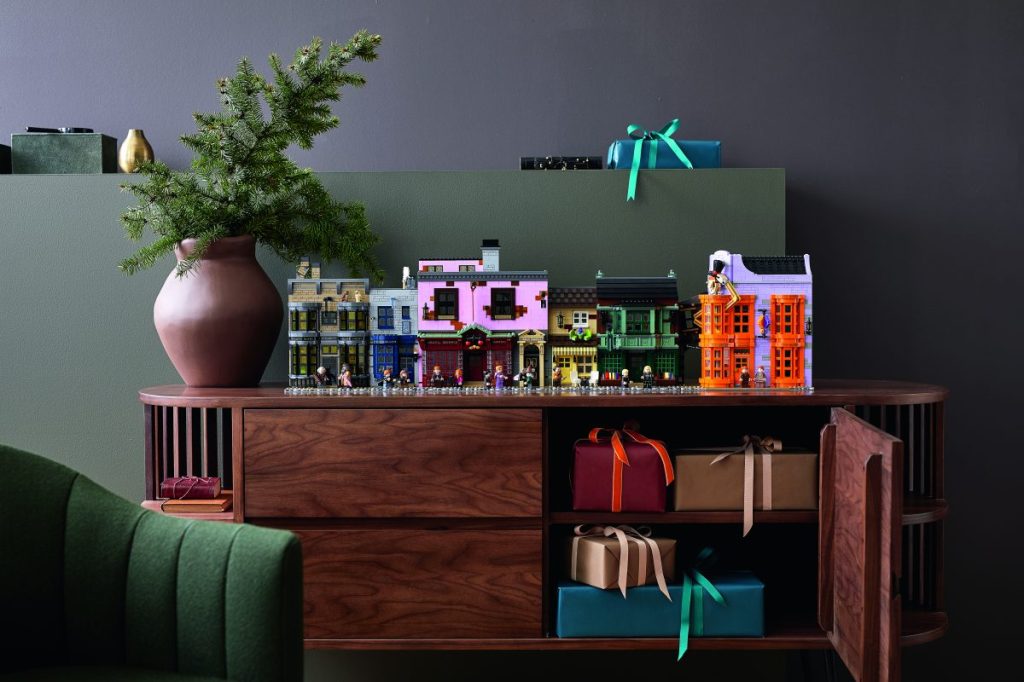 Diagon Alley is where Harry Potter gets his first glimpse of the wizarding world as Hagrid guides him through the shops. This new LEGO set brings the two worlds together in a magical hybrid, a rich and versatile display model, with a modularity aspect that allows fans to choose how to display the shops. You can choose to set them up all in a row, swap them around, or even place individual shops on different shelves. 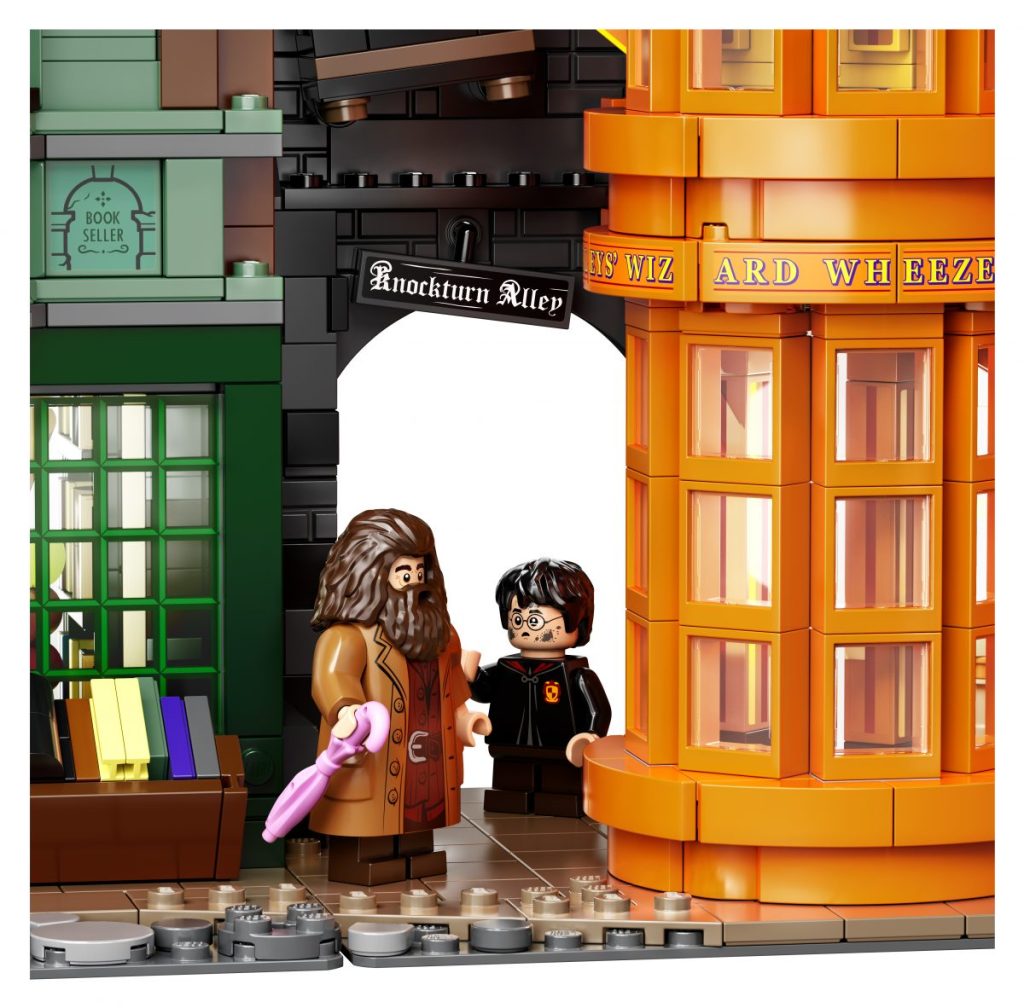 Measuring more than a meter wide and made up of  5,544 pieces, LEGO Diagon Alley features the famed wizarding world shops packed with authentic details from the movies to truly capture the ambience of the street. 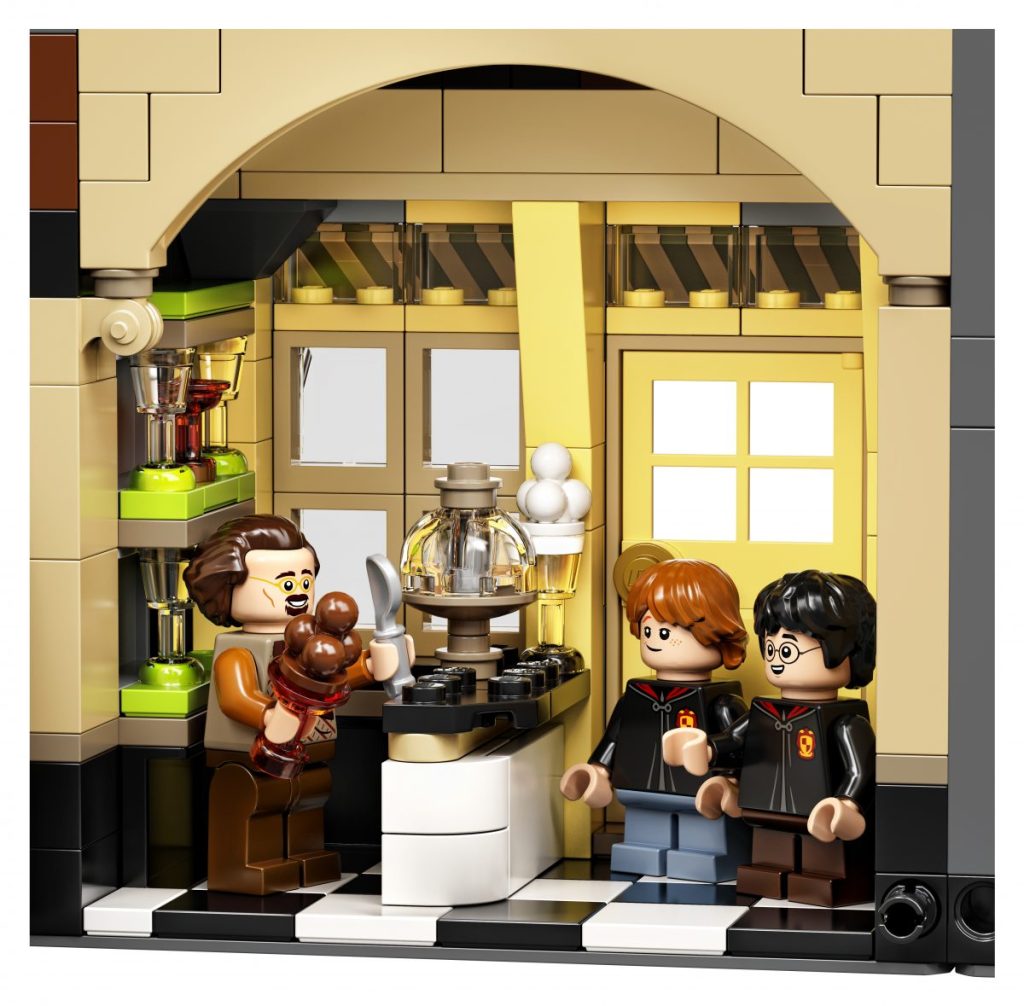 Marcos Bessa, LEGO Harry Potter Design Lead, commented: “I love how faithful the final design is to the architectural details in the film. You can barely see some of these buildings zooming past your screen, but we tracked down different photographs from the sets – some of them from nearly 20 years ago – to make sure everything is spot on. Diagon Alley is the biggest set I’ve designed to-date and I am really proud of how it has come together.” 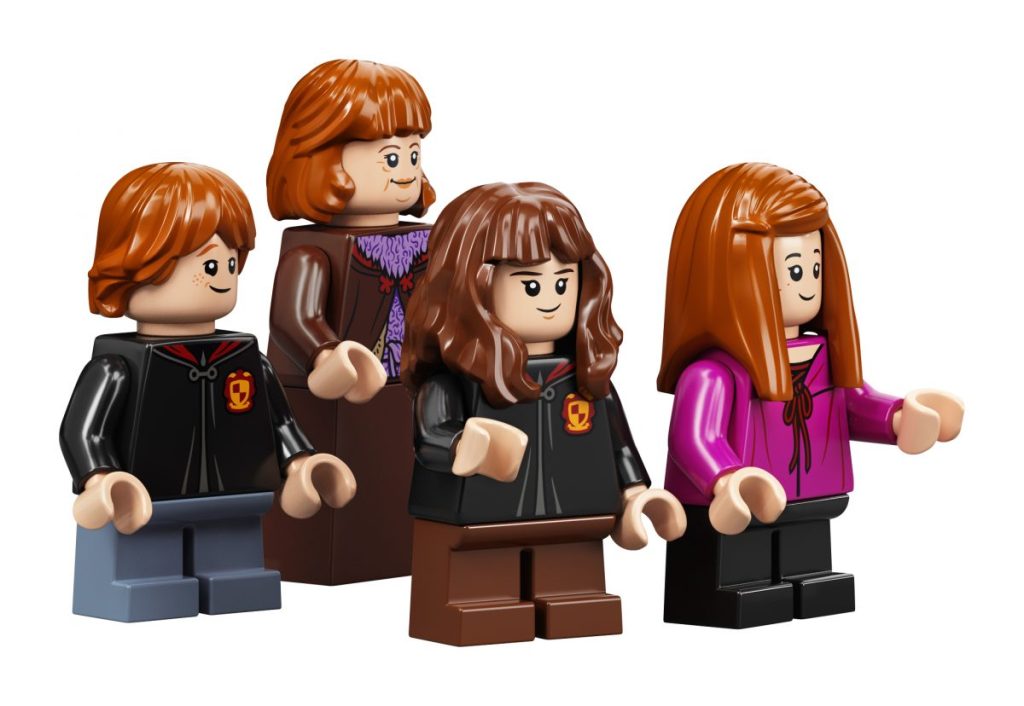 The set also includes 14 minifigures, including new versions of lead characters Harry, Ron, Hermione and of course George and Fred Weasley who have their own joke shop in Diagon Alley.  There are also minifigures of Florean Fortescue and the Daily Prophet photographer, who have never been seen in LEGO form before.

The LEGO Harry Potter Diagon Alley set is available directly from LEGO Stores and www.LEGO.com/EnterTheMagic from Sept. 1, 2020. It retails for $399.99.

All photos courtesy of LEGO

Grab Your Wand! Now You Can Enroll in Hogwarts Classes Online