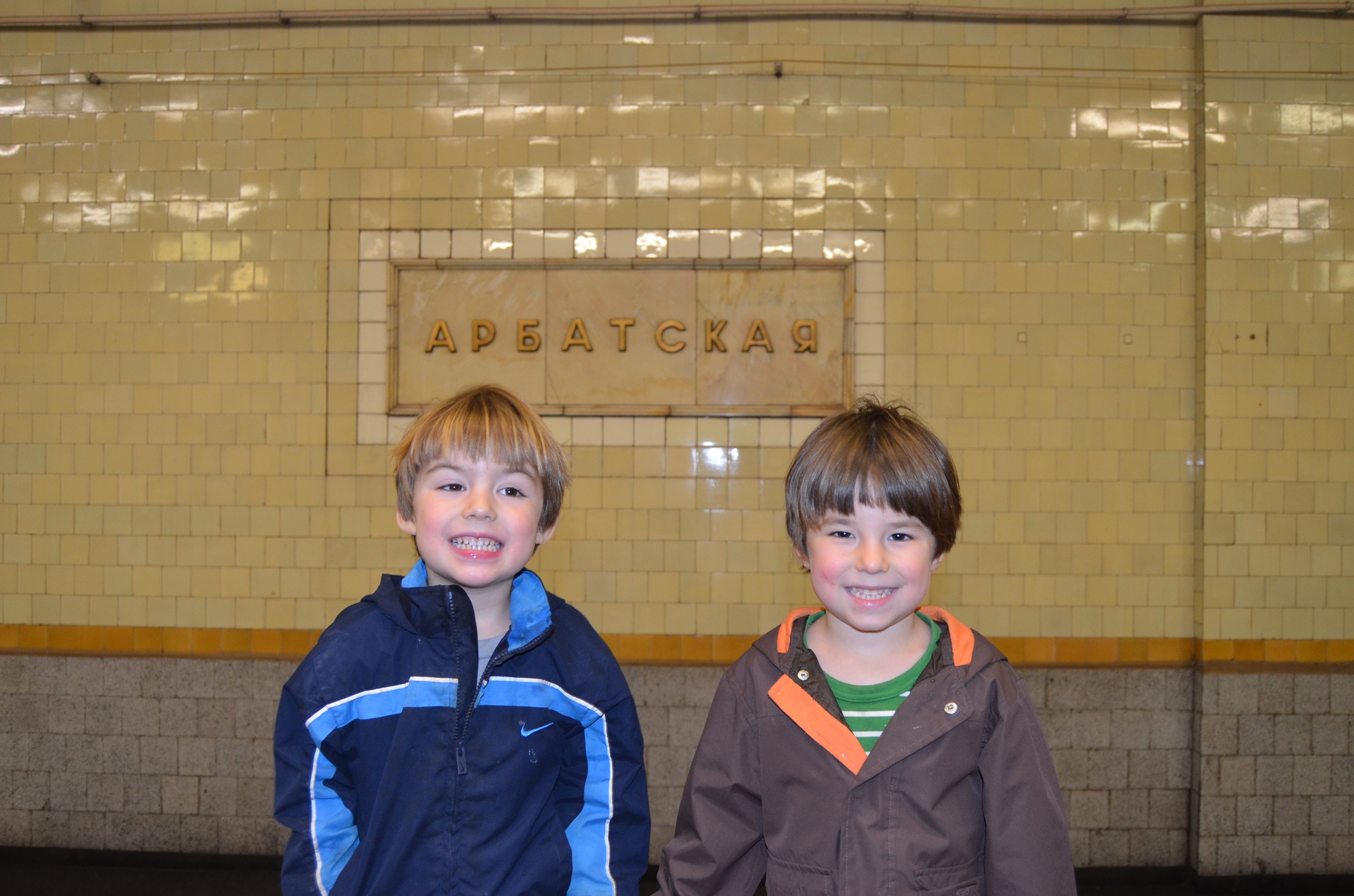 I have plenty of friends and acquaintances in international, multilingual marriages who are raising their children to speak two and even three languages. Fantastic for them. But what about the rest of us plain old English-speaking Americans, with plain old English-speaking spouses? I know several languages well enough to get into trouble, but not well enough to make any of them a primary means of communication around the house. (Seriously, communication is hard enough in my mother tongue.)

Fortunately, even monolingual families can raise multilingual children – or at least expose the next generation to the many challenges and rewards of communicating in a foreign language.

The most effective way for kids in a monolingual family to learn a second language is to attend a language-immersion school. We were privileged to send our twin sons to a Spanish-immersion preschool when they were three years old. It was a wonderful place – warm and welcoming; the teachers were nurturing and supportive for kids as well as parents; and the twins were interacting in Spanish for 12 hours a week. Here, for the first time, the twins began to sing songs, recite words and occasionally speak spontaneously in Spanish. It was expensive, but not more so than other private preschools in our region.

When it came time for kindergarten, we had the chance to apply for the two-way English-Spanish immersion program in our school district. This cutting-edge program includes kids from both English- and Spanish-speaking families. Classes are taught in both English and Spanish, so that the students gradually develop fluency in both languages. Such a program offers an excellent opportunity for families that are committed to raising bilingual children.

This type of program is not a good fit for everybody, however. Our family, for example, was unwilling to give up the community and convenience of our neighborhood school. Fortunately, in our increasingly global world, there are other options for teaching kids a foreign language, and not all of them require a full-time commitment.

With no other practice, at-home instruction is unlikely to lead to fluency in a foreign language. But modern technology means that kids can learn and practice basic reading and communicating skills – with or without an expert teacher on-hand.

For the youngest children (age zero to six), Pimsleur has a series of videos called Little Pim – a nice gentle introduction to sounds and vocabulary, available in 12 languages. Rosetta Stone has a “Built for Homeschool” program geared toward older kids.

Other options vary greatly depending on your language of choice. For Spanish, a homeschooling friend recommended Risas y Sonrisas, which is a complete curriculum of songs, games, skits and workbooks for elementary-aged children. It requires a fair amount of direction from a parent or teacher, but they do not need to be a Spanish-speaker to oversee the lesson.

Other options range from on-line videos to smart-phone apps (some for free). Again, no one program by itself is likely to teach your child a foreign language; but all of them will help, especially if used with regularity.

Over the years, we have also experimented with a variety of after-school programs and summer camps, including Hola-La, Yak Academy and some other local providers. The programs are similar to each other, in that they use songs and crafts and movement to help the kids learn vocabulary words and common phrases. The teachers speak only Spanish (or whatever language); and the curricula keep the children engaged and entertained.

The afterschool programs are usually one or two hours a week. Truthfully, this is not enough time for a child to gain fluency; but it is valuable exposure that will help them retain knowledge and/or prepare them for future instruction. Summer camp is a more intensive option, offering 12 to 20 hours of instruction a week.

This is my favorite way to get the twins speaking Spanish. When I had a one-month writing gig in Costa Rica, I signed the twins up for a few weeks of language instruction. They made a friend. They learned some new words.  And at the end of the first week, they stood up in front of the whole school and introduced themselves in Spanish. By the end of the second week, they were practicing basic greetings and introductory questions on strangers.

So, there is something to be said for learning a language in an environment where everyone around is actually speaking that language too. Suddenly, kids get why this is important.

If you don’t want to send your kids to school while they’re on vacation, they can still brush up on some basic vocabulary, using the First Words series by Lonely Planet Kids. The books teach 100 of the funnest words in English, French or Spanish, and Mandarin, Japanese and Italian due out in March next year. Just being able to ask for an ice cream or read a sign is an empowering first step for children in a foreign country.

The options for kids to learn a foreign language are many. The most effective method is the one that can be implemented with consistency and persistency. It takes time and effort to learn a language – even for children. The more hours they can devote (preferably at least 3-5 hours per week), the more likely they are to learn. And the longer the instruction persists (preferably several years), the more likely they are to retain their knowledge.

The good news is that exposure to foreign languages is beneficial for children, even if they don’t become bilingual. Early exposure will make language acquisition easier later in life, when they finally get around to learning a second language in earnest. Even if they never achieve fluency, studies show that exposure to a second language abets cognitive development, boosts abilities in the native tongue and improves academic performance across the board.

Most importantly, learning a foreign language allows children to become adept cross-cultural communicators and more tolerant citizens of the world. Even if that is the only benefit of their language instruction, it is time and effort and money well spent.

Mara Vorhees is a family travel expert for Lonely Planet and its imprint, Lonely Planet Kids. She often travels with her twin boys and shares their adventures on www.havetwinswilltravel.com. Lonely Planet Kids inspires young adventurers to explore the world around them with educational and informative books. Learn more at lonelyplanet.com/kids.